While Morgan Stewart said her doctor ruled out her having Graves' disease, her symptoms can be a sign of a few other postpartum thyroid issues

For about two months, Morgan Stewart felt dizzy when she stood up quickly and experienced joint pain, tightness in her calf muscles and an ache in her right eye. At first, she suspected being a new mother put a different strain on her body. When her symptoms worsened, she sought help and is sharing her story to encourage others to see their doctor when something feels wrong.

“If you’re feeling off, please don’t wait as long as I did to get things checked out, especially if you’re a new momma,” the co-host of the E! show "Daily Pop" shared in her Instagram stories.

At first, Stewart thought “this was my new ‘normal’ and my new ‘groove’ with a newborn.” Stewart had her daughter in mid-February. She originally believed that all the time she spent bouncing baby Row to soothe her caused her newfound soreness. But about seven weeks ago, her symptoms intensified. 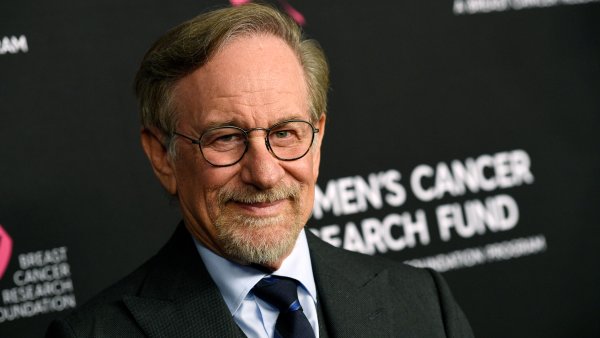 Spielberg's Amblin to Make Several Films a Year for Netflix 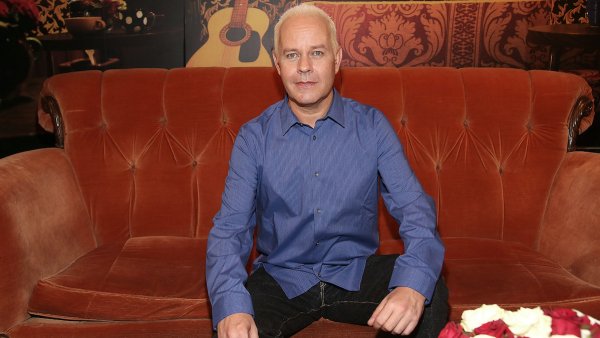 “My entire right arm began to go numb and I once again felt myself fade away from myself, but way more intensely, I was terrified,” Stewart wrote. “I just became more and more panicked and extreme anxiety began to set in. My arm was not functioning. It felt heavy to pick up.”

After several other days with worrisome symptoms that included heightened anxiety, her tongue feeling swollen and her throat and jaw feeling heavy, Stewart visited her doctor, who ran blood tests. Her doctor explained what might have happened.

“My thyroid is so off the charts in overdrive, it’s basically in outer space. Thyrotoxic was the term (my doctor) used to describe it,” she wrote. “It could be one of three things: a nodule on my thyroid, Graves’ disease or sub-acute thyroiditis (all things that can be triggered by pregnancy). So basically three things I had no idea about.”

Stewart revealed she does not have Graves’ disease as she awaits answers on the other conditions.

Why do thyroid problems occur postpartum?

“Out of 100 women, 5 will have some type of thyroid dysfunction in the post-pregnancy period,” Dr. Gloria Bachmann, director of the Women’s Health Institute at Rutgers Robert Wood Johnson Medical School in New Brunswick, New Jersey, told TODAY. “It’s a common phenomenon … if women are not asked by their clinicians about thyroid symptoms, they should bring it up and say, ‘You know I’m not really feeling like myself. I have a morbid tremor. I’m not sleeping.’”

Thyroid changes often occur with pregnancy because the body’s immune system becomes suppressed to carry the baby. After birth, the immune system sometimes bounces back in a big way.

“It’s called a postpartum rebound of immune activities,” Bachmann said. “The changes that the body has with pregnancy were basically what was protecting you until you no longer have the foreign body in your uterus and therefore your immune system acts up again.”

With Graves’ disease the thyroid is overactive and it produces too much of the thyroid hormone.

Those treatments, which can include radioactive iodine or a surgical removal of the thyroid, stop the overproduction of the hormone and reduce the symptoms.

Hypothyroidism, which can be caused by Hashimoto’s thyroiditis, causes the thyroid to be sluggish and produce too little of the hormone. In these cases, patients often gain weight and struggle to lose it. They might also feel lethargic. Then patients take synthetic thyroid medications to produce enough of the hormone.

Thyroid nodules are cysts filled with fluid that grow on the thyroid and oftentimes people can find them by touching the base of their neck where the thyroid rests. While nodules can be cancerous, they are very often harmless. Bachmann said about 95% are benign and just require regular monitoring by a doctor.

“Many times they just cause swelling,” Bachmann said. “Thyroid nodules usually don’t cause symptoms but when they grow large enough, they certainly can … they can also lead to breathing and swallowing problems.”

The lifetime risk of developing a thyroid cancer is about 1%, she added. Still she recommends that women think about their thyroids when considering their health.

“It’s good for women to monitor themselves if they think that anything is wrong with their thyroid,” she said.

Subacute thyroiditis occurs when there’s something amiss with the thyroid but it’s not regularly impacting one’s life.

“There are irregularities and either under or over production of the thyroid but they may be causing ‘subtle’ symptoms or symptoms you don’t associate with your thyroid,” Bachmann said.

Often women dismiss thyroid symptoms, such as feeling exhausted or anxious, especially in the postpartum period. But Bachmann says it is important for them to tell their doctors if they do notice any changes, no matter what they are.

“Many women blame themselves. ‘I don’t feel well and I just didn’t get enough sleep,’ or ‘I didn’t eat good food yesterday,’” Bachmann said. “We have to break out of that mold and just say if something’s not right, voice it.”