A politically charged episode of "black-ish" from 2017 that was shelved by ABC has found a home on Hulu, a corporate sibling of the Disney-owned broadcast network.

"I cannot wait for everyone to finally see the episode for themselves," series creator Kenya Barris posted Monday on social media.

Barris said he hopes the half-hour episode, titled "Please Baby Please," fulfills its original intent: to inspire vital dialogue about "where we want our country to go moving forward and, most importantly, how we get there together."

He asked producer Walt Disney Television to reconsider making the episode available and, in recognition of "the importance of this moment, they listened and agreed," he said.

The network and a representative for Barris did not respond to requests for comment Monday. 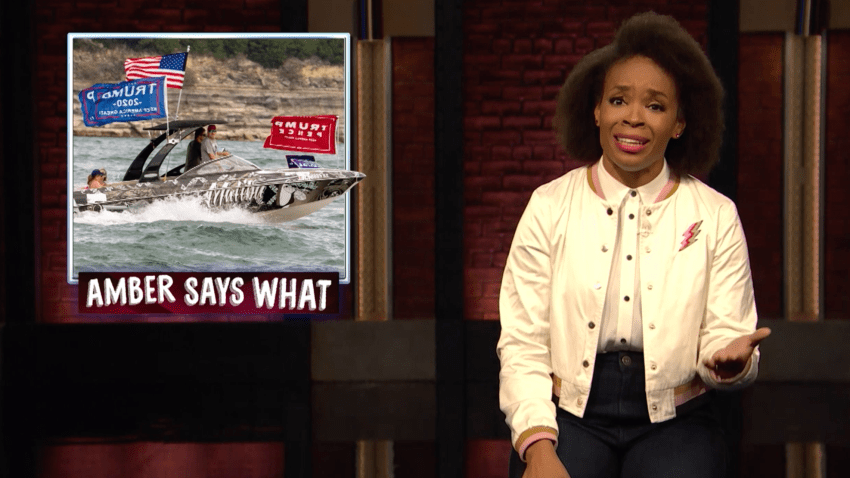 The change of heart comes amid ongoing protests and calls for broad social change prompted by the death in May of George Floyd, a Black man, while in Minneapolis police custody.

When ABC decided to pull the episode from the 2017-18 season and put it on ice, the network lauded "black-ish" for its deft examination of "delicate social issues" in an entertaining and educational manner. But “creative differences” over the episode couldn't be resolved, ABC said.

While Barris has been careful to not publicly criticize Disney's decision, his "black-ish" cast was far less diplomatic. In a 2018 interview with The Hollywood Reporter, Tracee Ellis Ross called the decision "frightening" and Anthony Anderson suggested it was a personal affront.

The Emmy-nominated series has tackled thorny social issues during its ABC run, which began in 2014. That a streaming platform was deemed suitable for "Please Baby Please" reflects the creative freedom producers can gain outside the traditional confines of broadcasting.

Barris remains executive producer of "black-ish" (and its spin-offs, ABC's "mixed-ish" and Freeform's "grown-ish"). But he is making new shows, including the edgy family comedy “#BlackAF,” as part of a production deal with streamer Netflix.

"Please Baby Please" joins the "black-ish" library of past seasons on Hulu.

The episode revolves around a sleepless night in the household of Dre and Rainbow Johnson (Anderson, Ellis Ross). To calm his infant son during a storm, Dre begins by reading a children's book — the Spike Lee-Tonya Lewis Lee work of the episode's title — then shares his own anxieties.

As Dre offers up an improvised fable, it's the actions of the then-fledgling Trump administration that are identified as part of his unease. His monologue includes a thinly veiled reference to "the shady king."

The episode widens out to look at deep social divisions that Dre says followed the election of America's first Black president, Barack Obama, and the eye-opening revelation that “not everyone's a fan” of change, as the character puts it.

"Daddy’s scared too. ... Everything’s so crazy now," Dre says softly to his son at one point.

In another scene, Dre debates whether athletes should take a knee during the national anthem as a form of protest against police brutality and racial injustice. The episode also touches upon a 2017 white nationalist rally in Charlottesville, Va., during which a counterprotester was killed.

Through imagery and concerns expressed by other family members, the episode touches on issues besides racism, including mass shootings, climate change and gay rights.

"Black-ish" has four nominations for next month's Emmys on ABC, including lead actor nods for Anderson and Ross.