With the entertainment world shut down by the coronavirus pandemic, the Met staged an At-Home Gala on Saturday

Javier Camarena was at his home in Zurich singing an aria from Bellini’s "Il Pirata" when the screen for the video feed split, and he was joined by Metropolitan Opera music director Yannick Nézet-Séguin in Montreal and general manager Peter Gelb in New York.

"Just a second," the tenor from Mexico said, raising an index finger.

He had just finished the slow-moving first section. An associate director an ocean away didn’t realize he also planned to perform the cabaletta, the faster-moving second part. Restored to a full screen, Camarena continued.

With the entertainment world shut down by the coronavirus pandemic, the Met staged an At-Home Gala on Saturday that would have been inconceivable to the Vanderbilts and Morgans who helped found the company in 1883. A starry array of classical music’s biggest names sang live on Skype from their living rooms across 13 nations, including Renée Fleming in Virginia, Jonas Kaufmann in Germany, Bryn Terfel in Wales and Roberto Alagna in France. 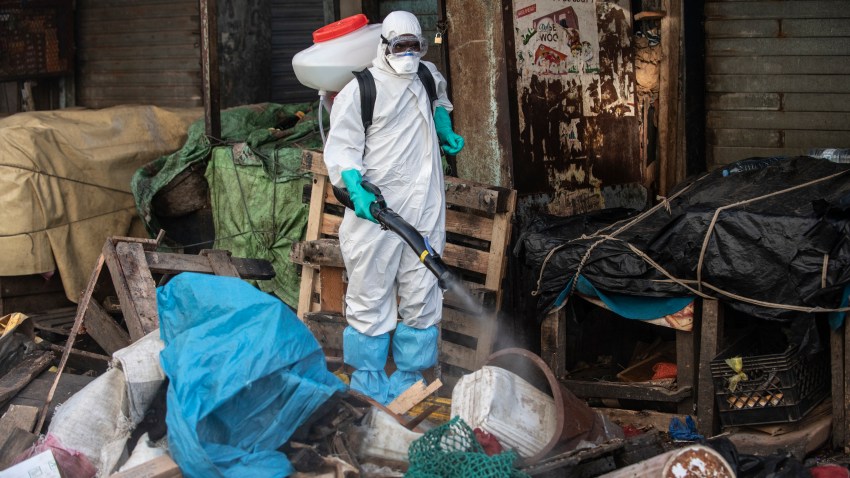 As Global Death Toll Tops 200,000, WHO Warns There's No Evidence of Coronavirus Immunity 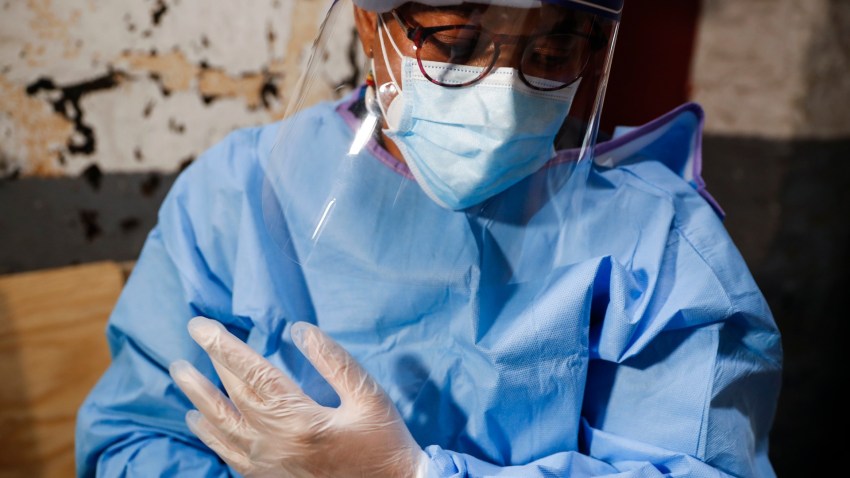 ‘You Are a Miracle': Home Care Is New Front in Virus Fight

Thirty-three live and seven prerecorded performances stretched for four hours. The Met said the live stream on its website that started at 1 p.m. EDT Saturday peaked at about 300,000 views in 162 countries and the total with replays was expected to reach 1 million by Sunday night.

Gelb, trying to overcome a budget deficit of up to $60 million, said there were many small donations but it was too early to total.

“It was a temporary kind of panacea and it just lifted people’s spirits in a way that would never have happened. This type of program only works because of the horrible conditions that we’re in right now,” Gelb said Sunday. “I got so many e-mails and text messages from people that said that they were in tears for large portions of this program.”

Joyce DiDonato, in Spain, joined seven violists and Nézet-Séguin in a recorded tribute to Vincent Lionti, a Met violist for 33 years who died on April 4 after contracting the coronavirus. Nézet-Séguin sniffled after watching the playback of Handel's "ombra mai fu."

"To lose him to the virus made this reality so much closer, immediate, that we could lose a member of our family to this threat," Nézet-Séguin said.

Artists’ homes were on showcase: Kaufmann has a Bösendorfer piano surrounded by red theater-style seats in Munich; Anita Rachvelishvili has a "NO AUTOGRAPHS PLEASE" sign on her piano in Tbilisi, Georgia; René Pape has a red Le Corbusier chair and decorative Fornasetti globe in Dresden. Groissböck has a model of the Met on his piano and a statue of composer Richard Wagner in a corner wearing a blue facemask with the word: "No."

Attire ranged from Alagna in a tuxedo jacket, blue jeans and what appeared to be a soccer jersey, to Sonya Yoncheva in a white-and-black recital ready dress.

Ildar Abdrazakov in Moscow sang in Moscow just a few hours before his wife gave birth to a son.

Her face flush with emotion, Fleming gave one of the most moving performances, the "Ave Maria" from Verdi’s "Otello." After a few moments of quiet, Gelb’s microphone caught him saying "Go, Gary," to director Gary Halvorson in Los Angeles, a sign of the unusual technical logistics.

Morley provided one of the best performances with fluid voice, considerable piano skill and ebullient personality in "Chacun le sait" from Donizetti’s "La fille du régiment (The Daughter of the Regiment)," imploring viewers to "sing along" for the choruses. Isabel Leonard sang an inspiring a cappella for "Somewhere" from Bernstein’s "West Side Story."

Another highlight was Diana Damrau and husband Nicolas Testé in "Là ci darem la mano" from Mozart’s "Don Giovanni" while standing in front of their kitchen in Orange, France, joined after by excited sons Alexander and Colyn. Unable to perform at home in Vienna, Anna Netrebko and husband Yusif Eyvazov recorded separate pieces at an ORF network studio.

In the hardest technical tasks, lead video editor Pete Scalzitti spent most of the previous week piecing together the individual orchestra and choral videos for the intermezzo from Mascagni’s "Cavelleria Rusticana," the "Va, pensiero" chorus from Verdi’s "Nabucco" and the third act prelude of Wagner’s "Lohengrin." Nézet-Séguin air conducted as a video was made, and Lausmann used it to create a piano accompaniment sent to the players and singers. Up to 90 squares were used to show the videos aligned simultaneously, and David Frost mixed most to the audio.

Barbershops are among the businesses Georgia Gov. Brian Kemp has allowed to open on Friday.

Unable to globe trot, performers were happy to entertain. Many introduced and bantered with the person up next.