A large road project is already underway, and neighbors want MDC to check underground pipes while the road is already torn up for construction

A state agency is stepping in after residents of a Hartford neighborhood raised concerns over their water quality and asked authorities to slow work on a multi-million dollar improvement project on Route 44, known as Albany Avenue, at a neighborhood meeting Thursday.

In November, water began gushing into the basement of an Albany Avenue building owned by Lisa Vivian.

“It was as high as four feet at one time. The plumbers and contractors were working and constantly pumping the water out for days,” she said. 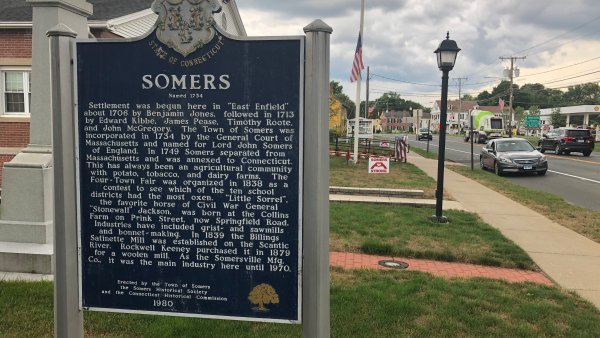 Vivian told NBC Connecticut the water kept on coming even after the connection to the water main was closed. Eventually, the basement was closed off with standing water still inside, she said. Structural problems followed, forcing her to re-house tenants. Then, months later, she said a contractor gave her startling news.

“He found out there was raw sewage clogged in the water lateral from MDC’s side,” she said.

Vivian was one of dozens of people who attended a neighborhood meeting hosted by the Upper Albany Merchants Association Thursday, calling on the Metropolitan District Commission to replace the water main and connections to homes and businesses along Albany Avenue, while much of the street and sidewalks are already torn up for a multi-million dollar safety and streetscape improvement project spearheaded by the City of Hartford and the Connecticut Department of Transportation.

Their concern is that many of those connections could look like rusted pipe pulled from the ground outside another Albany Avenue business following a leak. Ellsworth Cross, a former MDC employee who now who works as a consultant with community revitalization organization, Upper Albany Main Street Inc., spoke out, saying community confidence in the water being used to prepare food, wash hands, and for drinking, was low.

Merchants here today are saying I’m not going to buy food from Albany Avenue,” he said.

MDC’s Chief Executive Officer Scott Jellison attended the meeting to respond to these concerns. He said the water main on Albany Avenue does not need to be replaced until at least the late 2030s, and that MDC has already done the work of relining almost every connection on the street up until the point where they reach private property. That line is one he said the utility cannot cross.

“We do not pay for private property work. This is not our responsibility,” he said.

The outcry is now prompting the state Department of Public Health to step in. Linda Ferraro, a Public Health Services manager with the DPH, said the department will investigate tap water quality along Albany Avenue and to inquire about funding for improvements.

“We will look into this further, so you have our assurance that we will participate,” she said.

The MDC told Vivian during the meeting that they would investigate her situation.

“I’m a little relieved that they’re finally going to come out and take a look at the problem,” she said, “but it may be a little late, if you look at the condition of the building.”

The MDC also agreed to provide records they have to help property owners identify the age of their connections.

The MDC does provide a free tap water testing service for customers.