Vaping has been marketed as a way to help you kick the smoking habit, but a new study out of New York University finds exposure to nicotine from e-cigarette vapor could cause lung cancer and potentially bladder cancer in mice.

The research comes at a time of increased scrutiny of e-cigarettes while health officials deal with a deadly lung disease linked to vaping.

The Centers for Disease Control and Prevention reported more than 1,400 cases of severe lung illnesses nationwide and nearly three dozen deaths, including one in Connecticut, linked to vaping.

“It was too much because it hit me in the chest,” said Catherine Key.

Key wanted to give up cigarettes, so she decided to give vaping a try.

“It felt like I was … I was having an asthma attack or something,” said Key.

She told us she immediately ditched the vape. 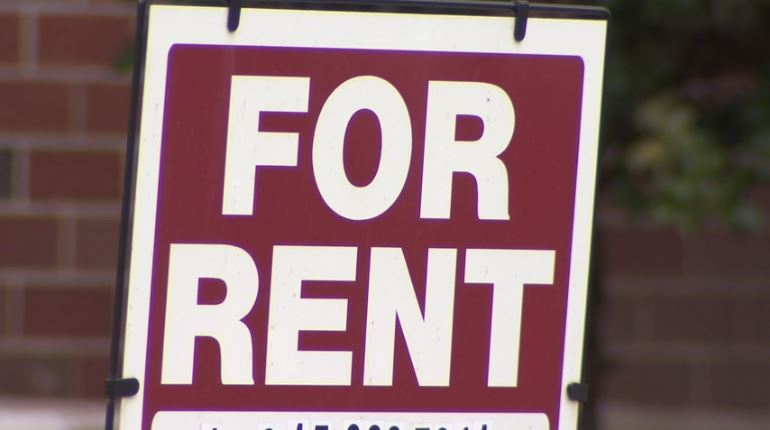 Rising Rental Scams: What Red Flags to Watch Out For

“I was like breathing hard. And I was holding my chest,” said Key. “I don’t want this.”

Key said she suffered from shortness of breath. -- Just one of the reasons why state health officials have warned the public not to vape.

“We don’t know what about these products that’s contributing to these illnesses,” said Dr. Lynn Sosa, deputy state epidemiologist with the Connecticut Department of Public Health.

When asked why is it taking so long to pinpoint the cause of these vaping related illnesses, she said, “There’s not been one product that’s been reported that everyone can say, ‘I used this one product, so therefore, there must be something in this one thing,’” Sosa said.

Health officials in Illinois and Wisconsin released the names of several products identified by patients who had severe lung disease after vaping. Those brands include Dank Vapes, Off White, Moonrocks and Cookies.

NBC Connecticut Investigates reached out to those companies, but they didn’t provide a comment.

Law enforcement officials said people have bought the cartridges from friends or off the street.

Fusaro said his department had a huge bust earlier this year.

NBC Connecticut Investigates was given an exclusive look at the 735 vaping cartridges seized by law enforcement.

Fusaro explained that the uptick of illegal vaping products on the black market came at a time when law enforcement was focused on the opioid crisis.

“We’ve been so dedicated among -- yeah know … health care and other agencies to making sure we address the opioid epidemic that maybe this is one of those things that kind of came up and weren’t really prepared for it because we were so focused on our attention on something we saw every day,” said Fusaro.

But how can law enforcement get a handle on it and keep these black market products out of the hands or youth or anyone else?

E-cigarettes have not received Food and Drug Administration approval as smoking cessation devices. It’s that lack of regulation that lawmakers say is problematic.

“We need to actually stop the sales of all of these products,” said State Sen. Saud Anwar, who represents the 3rd district.

Anwar is calling for a vaping ban in Connecticut.

“Then, we can make the best recommendation and make it safer. Right now, they’re not safe,” he said.

"Prohibition does not work and has never worked, as is evidenced by the fact that the vast majority or all of Connecticut's lung illness patients are admitting to using illegal street-bought marijuana oils. If Connecticut can't stop youth and adults from getting their hands on illegal THC cartridges, how in the world do they think they can ban vaping products without opening up a massive black market? This is nothing more than a scheme to protect cigarette tax revenues, which have been declining in Connecticut as more adult smokers have switched to vaping products.”

The CDC is recommending that consumers stop vaping, specifically THC, the ingredient found in marijuana, and anything bought off the street.