In the town of Sherman, there are visual reminders that contamination from road salt is affecting the well water.

Inside the Sherman School, blue tape covers the spout of the water fountain inside the cafeteria. Visible corrosion serves as another deterrent.

“Our town has gotten so used to not drinking from its water fountains,” said Sherman First Selectman Don Lowe. 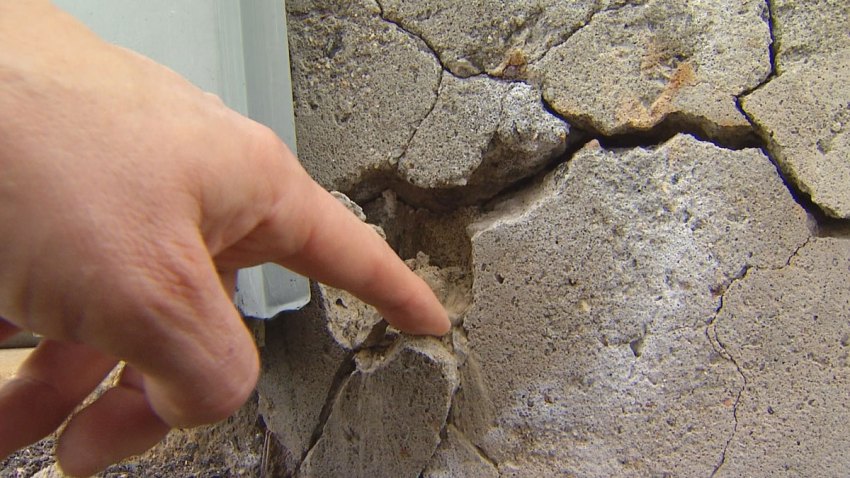 The fountains have been out of commission since 2015, when test results showed high levels of sodium chloride in both wells on school property.

Now, the town regularly posts the water test results on their website.

The district budgets $10,000 a year to bring in water for students and staff to drink.

The wells at the fire house, town hall and senior center also had sodium chloride levels well above the EPA drinking water standard of 250 mg/liter. Although the Environmental Protection Agency says that level of sodium chloride is not considered a risk to human health, it can affect the taste, odor and color of the water.

The larger concern is the corrosive properties of chloride.

“You can put a number on this in terms of the water that you buy. The number that’s hard to put on… and this is even more motivation to fixing this, is that we are starting to see corrosive pipes and infrastructure of buildings not lasting nearly as long because of the high chloride,” Lowe said.

Some plumbing fixtures in the school’s boiler room have been replaced twice this year, according to Facilities Supervisor Joe Lombardozzi.

To reduce contamination, the town is using less salt and deicer in the winter, opting for a mixture of two-thirds sand and one-third salt.

“We’re changing our practices. Where we pile snow is very important… We can have a little better curbing a couple of our roads that they can run the water off a different way,” said Lowe.

“We’re trying a number of things that haven’t been tried before,” Robbins said.

“We’re doing a series of down hole testing. That is, how the salt is getting into the wells and then to give the town guidance with respect to the construction of new wells to prevent these kinds of problems.”

Robbins and his team recommend deeper casings for new wells.

The five affected wells in Sherman having casings ranging from 13 to 33 feet down. Robbins said the casings should be at least 50 feet and cemented into the bedrock to better prevent groundwater from seeping in.

"The problem just doesn't go away. If you're going to use salt, that salt has to go somewhere," Robbins said.

Lowe believes Sherman is the first municipality in Connecticut to tackle the problem on a town-wide level. He and Robbins hope others will follow suit.

"Certainly, what we're trying to do is applied to wells all over the state, not just Sherman," Robbins said.

NBC Connecticut Investigates has previously reported on the issue of contamination from road salt.

The town is starting the process of drilling a new well at the fire house.

Lowe said he knows of homeowners in town whose wells are also contaminated. They are stuck footing the bill for their own repairs, which could start at several thousand dollars.