President Donald Trump said Monday he expects to announce a female candidate as his pick for the Supreme Court by week’s end, before Justice Ruth Bader Ginsburg is buried, launching a monumental Senate confirmation fight ahead of the November election.

Here's a quick rundown of the candidates believed to be on Trump's shortlist.

I Voted 8 hours ago

Our Imperfect Union: This Artist Created a Glass Mosaic ‘I Voted' Sticker That Speaks to Our Country's Differences 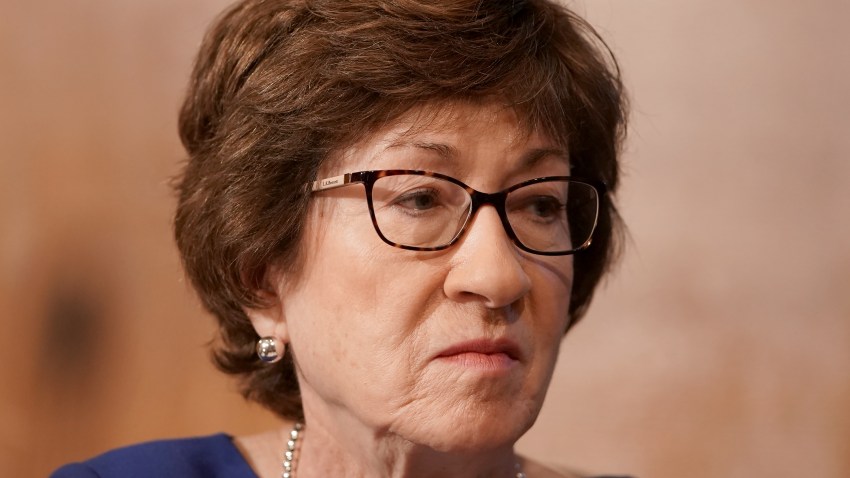 Age: 46
Experience: Barrett, who currently sits on the 7th U.S. Circuit Court of Appeals, was on the shortlist in 2018 to replace retiring Justice Anthony Kennedy. She is known for her ardent opposition to abortion and devout Catholic faith. She’s a former clerk to the late Justice Antonin Scalia. Barrett made her mark in law primarily as an academic at the University of Notre Dame, where she began teaching at age 30. She first donned judges’ robes in 2017 after Trump nominated her to the 7th Circuit.
Backstory: Critics say Barrett’s legal views are too heavily influenced by her religious beliefs and fear her joining the nation’s highest court could lead to a scaling back of hard-fought abortion rights. There's also the irony that she would replace the justice best known for fighting for women’s rights and equality, including the right to choose.

In the 2017 White House questionnaire, Barrett was asked if it was her view that abortion was always immoral. She didn’t answer the question directly but said: “If I am confirmed (to the 7th Circuit), my views on this or any other question will have no bearing on the discharge of my duties as a judge.”

In a 2013 Texas Law Review article, Barrett listed fewer than 10 cases she said are widely considered “super-precedents,” ones that no justice would dare reverse even if they believed they were wrongly decided. Among them was Brown vs. Board of Education, which declared racial segregation in schools unconstitutional.

Barrett didn’t include Roe v. Wade, the 1973 landmark case that affirmed a woman’s right to abortion.

Age: 52
Experience: Lagoa currently sits on the U.S. Court of Appeals for the 11th Circuit. The Cuban-American federal appellate judge is a conservative jurist whose resume includes a role in a heated international custody battle and the distinction of being the first Latina to serve on Florida’s top court. If picked by Trump, Lagoa would become only the second Latina to serve on the Supreme Court, following current Justice Sonia Sotomayor.
Backstory: Lagoa has less than a year of experience as a federal judge, having joined the Atlanta-based 11th U.S. Circuit Court of Appeals last December after being appointed by Trump and confirmed by the Senate in a 80-15 bipartisan vote. The 11th Circuit is one of the regional appeals courts that are one step below the Supreme Court.

Trump appeared to confirm Lagoa is among the choices this week saying, “She's excellent, Hispanic. She's a terrific woman from everything I know.”

Age: 38
Experience: Appellate judge from North Carolina
Backstory: Rushing, who previously clerked for Justice Clarence Thomas and for Neil Gorsuch, currently serves as a judge on the 4th U.S. Circuit Court of Appeals. When Trump floated her name on his shortlist previously it raised alarms for LGBTQ advocacy groups because of her ties to Alliance Defending Freedom, a legal nonprofit that the Southern Poverty Law Center has deemed a “hate group” for its espousal of beliefs such as the criminalization of homosexuality, legislation to restrict transgender people’s access to sex-segregated facilities and support of businesses to deny service to LGBTQ people.

At the time of her confirmation to the 4th U.S. Circuit Court of Appeals, Ian Wilhite, a spokesperson for LGBTQ legal group Lambda Legal, shared a statement with NBC News decrying the confirmation. “Throughout her brief legal career, Allison Rushing has supported and closely associated herself with one of the most extreme anti-LGBT organizations operating in this country today, the Alliance Defending Freedom,” he said. “Rather than disqualifying her from consideration, this aspect of her record seems to have made up for all of the other deficiencies in her record.”