As the Grammy nominees for Song of the Year show, hit songs are rarely long. In fact most songs last two to four minutes, a musicologist says.

A lot of today’s pop hits have something in common: They’re over pretty quickly.

Among the just-announced Grammy nominees for Song of the Year, Ed Sheeran’s “Bad Habits” is 3:50, MONTERO (Call Me By Your Name) by Lil Nas X is 2:17, “drivers license” by Olivia Rodrigo is 4:02. Billie Eilish's "Happier Than Ever" is the longest among the nominees at 4:58.

These days, it’s rare that a popular song runs for double-digit minutes. But Taylor Swift reminded us it was still possible earlier this month, when she released a version of “All Too Well” on her new album “Red (Taylor’s Version)” that clocks in at 10:13. It's the longest song to top Billboard's Hot 100 list, according to Pitchfork. 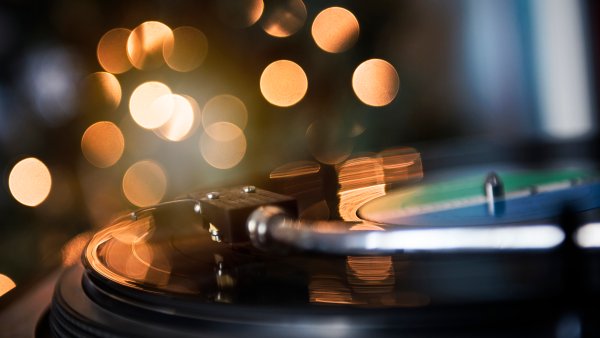 5 Playlists Guaranteed To Ease Tension at Any Holiday Gathering All of this is exciting to music scholars like Joe Bennett, a musicologist and professor at the Berklee College of Music.

The lengths of most popular songs have hovered around 3 minutes for decades, at first due to the limitations of physical media we had in the 20th century, Bennett said.

“78 vinyl, 33 vinyl, 45 vinyl and then cassettes and later CDs — all of these formats had a finite duration. And artists would work within that, and it defined, to some extent, the length of the album — and relatedly, the length of the song.”

With an industry largely focused on streaming (it made up 85% of the music industry revenue in 2020, according to the Recording Association of America), the technological limits of releasing a long song are no longer present. But even with that freedom, songs are still getting shorter.

“So what's really fascinating about streaming? If you'd have to predict the effect it might have, you might have said, ‘Well, maybe songwriters are going to start pushing the form and writing longer and longer tracks.’ But actually, the main average of song lengths is decreasing,” Bennett said.

A 2017 study in the European journal Musicae Scientiae also found that modern songs have much shorter intros and get to the “hook” of a song much more quickly than in the 1980s.

There were plenty of longer hits in the 1970s, when Bennett says there was a larger focus on albums than single tracks. Queen’s “Bohemian Rhapsody” was revolutionary for being 6 minutes long.

Actually, the music industry philosophy about song length is depicted in the Freddie Mercury biopic “Bohemian Rhapsody.” When the band plays the film’s titular song for record exec Ray Foster (played by Mike Myers), Foster tells them the 6-minute track will never work on the radio.

"It goes on forever, 6 bloody minutes,” Myers’ character said. “Anything over 3 minutes and the radio stations won't program it, period."

But the time was rife for experimentation.

“People were messing with form because the listener's attention span had increased, possibly due to a greater focus on albums than singles, and so due to the fact that the music ecosystem was just bigger, people were buying more music, which led to more cultural opportunities for artists to experiment with form,” Bennett said.

So are we going to see more 10-minute tracks in the future? Bennett’s not so sure.

“I think the new Taylor Swift recording ‘All Too Well’ is a very particular case. It’s a bit of an outlier. So if I had to predict, I wouldn't say we're going to see a lot of 10-minute songs hitting the charts in the coming years.”