It's a historic day for U.S. families with children.

Roughly $15 billion has been sent to 35.2 million families in the first of six advance child tax credit payments, according to the U.S. Treasury Department and IRS. The average payment in the first round is $423, and will reach nearly 60 million children, the agency said.

"For the first time in our nation's history, American working families are receiving monthly tax relief payments to help pay for essentials like doctor's visits, school supplies, and groceries," said Treasury Secretary Janet Yellen in a statement. "This major middle-class tax relief and step in reducing child poverty is a remarkable economic victory for America — and also a moral one." 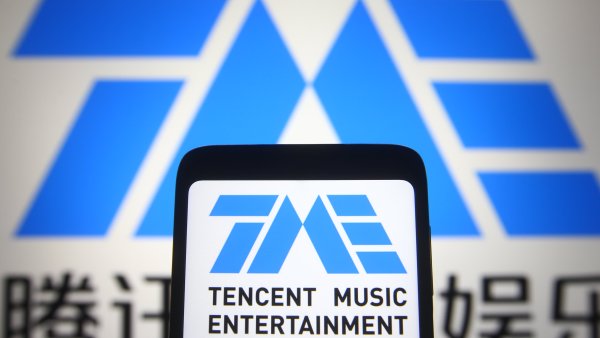 The enhanced child tax credit is one of the largest anti-poverty measures seen in the U.S. since President Lyndon B Johnson's war on poverty was launched in 1964. It's also the first time a major tax credit has been sent in advanced payments, and on a monthly basis, according to Treasury senior administration officials.

"It is a huge deal," said Arohi Pathak, director of policy at the Poverty to Prosperity program at the Center for American Progress. "[The child tax credit] is a huge relief for way too many working parents and particularly during this pandemic."

Half of the money will be distributed as an advance on 2021 tax credits in monthly payments from July to December — the second half will be claimed when families file taxes next year. For households getting the full benefit, payments will be $300 per month for children under the age of 6 and $250 for those between the ages of 6 and 17.

There's no limit on the number of eligible children who can receive the credit. For example, a family with three children ages 5, 8 and 10 who qualified for the full credit would get $800 per month.

Families who would rather take the entire credit in a lump sum next year can do so by opting out of monthly payments through an IRS portal. So far, about 1 million households have done this, the agency said.

Impact of the expansion

Beyond giving families with kids more money, the enhanced credit was also made fully refundable to ensure relief would reach the poorest households.

A fully refundable credit means that families don't have to have any taxable income to claim the benefit. This will reach about 27 million children, representing half of the Black and Latino youth who previously did not get the credit, according to the Center on Budget and Policy Priorities.

"It's going to target the folks who need the support the most," said Joanna Ain, associate director of policy at Prosperity Now, a financial literacy nonprofit organization.

Another estimate by the Center on Poverty and Social Policy at Columbia University found that the enhanced tax credit would slash child poverty by 45% and reduce poverty by 52% for Black children, 45% for Hispanic children and nearly 62% for Native American children.

The timing may also help offset programs that have helped families make it through the pandemic but are ending soon, such as additional unemployment insurance, the eviction moratorium and mortgage forbearance program.

Confusion for some families

Of course, some of these families may struggle to access the credit. If they traditionally do not file a tax return and did not use the IRS non-filers' tool to claim an economic impact payment, they need to sign up for the money on the agency's site.

That's led to confusion for some. Nearly 80% of non-filers said that they'd heard only some, little or nothing about the new child tax credit, according to a recent survey by SaverLife, a nonprofit, and the Economic Security Project.

Still, families who sign up for the credit late will receive the full half they're owed in advanced payments, according to senior administration officials. This would likely result in fewer but larger payments before December, according to the agency.

Currently, the credit is only available for the tax year 2021, meaning that in December the monthly payments will abruptly cease.

But lawmakers are pushing to extend the benefit or make it permanent. President Joe Biden has proposed keeping the enhanced credit in the coming years in his infrastructure package, and several congressional Democrats want to make the benefit permanent.

"Our position has been clear — we must make the child tax credit permanent," said Rep. Rosa DeLauro, D-Conn., at a press event on Wednesday. "We have a real opportunity here, not to just throw money at a problem, but to build an architecture for the future and use this as a moment to lift up all children and families."

Even though legislation has not yet been passed, the Treasury Department and IRS are preparing for the the program to last more than a year.

"It is nobody's plan that this will exist for just 2021," a senior administration official said on a Wednesday call with reporters.