When Sally Beauty employees saw a viral video on TikTok in the spring, they realized they had found the right inspiration to fuel its business strategy. 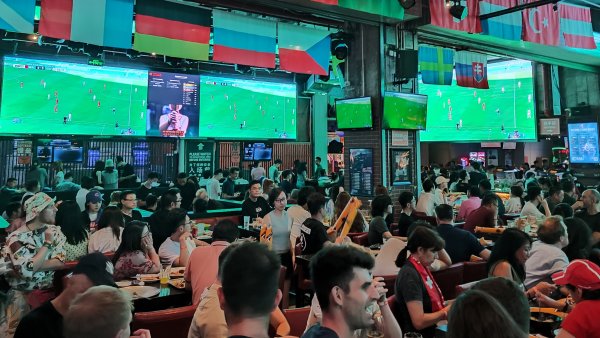 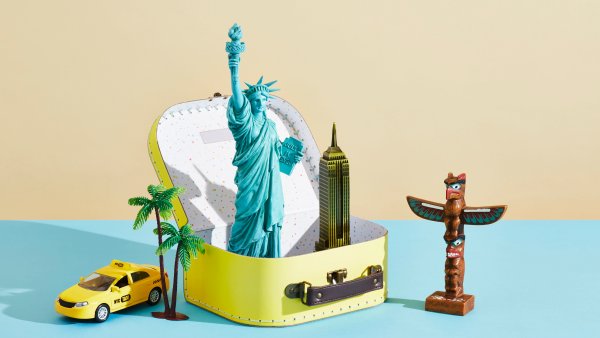 In the video, Heather Chelan sang a catchy tune that celebrated her colored hair. Its refrain was one that many have embraced: "Having colored hair doesn't make you unprofessional."

It has become the beauty retailer's new anthem as it launches a marketing campaign and puts hair color — especially vivid colors — front and center. During the pandemic, Sally Beauty has reached out to Gen Z consumers on TikTok and YouTube. It has watched sales of bright colors and textured hair products jump. The company is betting that people's desire for authenticity will outlast the health crisis, even as they return to social events and office cubicles.

"It really comes down to self-expression," CEO Chris Brickman said. "The office is changing. Life is changing. Work is changing. ... It was happening before and the pandemic gave it a kick in the butt."

Vivid colors are now part of his look, too. His white hair is now tinged with jade and shamrock in the front. "It does add a new dynamic to the boardroom," he said.

A video spot, which debuted Friday, features Chelan and her jingle. It also includes the brightly colored locks of other people that Sally Beauty discovered through social media — including Glecy Barquirin, a pediatric nurse, and 92-year-old Helen van Winkle, whose white hair has a tint of lavender — and the company's own CEO.

Chelan said her lyrics were inspired by her own purple hair and how she got turned down from a few jobs as a restaurant server because of it. Her experimentation began with a plum-colored Afro at age 18.

"Once I did that, I thought 'I can never go back again,'" she recalled.

At a launch event for the marketing campaign, Joey Jay, a drag queen and contestant on VH1's "RuPaul's Drag Race," strutted through a New York City bar like it was a runway. Donning bright yellow hair, Jay said the pandemic — and the growth of remote work — makes old corporate dress codes seem stuffy.

"These employee handbooks, I think we are going to start throwing these away," he said.

Sally Beauty has long been known for selling hair color, styling tools and other beauty products. It has two sides of the business: Sally Beauty Supply, a chain of stores that draw customers and independent stylists, and Beauty Systems Group, which caters to salon professionals. Its core business is professional hair color, along with related accessories like capes, clippers and deep conditioner. Altogether, the Denton, Texas-based company has more than 5,000 stores in 12 countries.

Yet over the past several years, it has faced challenges familiar to many brick-and-mortar retailers: Falling foot traffic and a struggle to adapt to online shopping, said Linda Bolton Weiser, a senior research analyst who tracks health and beauty companies for D.A. Davidson.

Same-store sales growth, a key metric the retailer uses to compare stores open for 14 months or longer, has risen and fallen instead of showing steady upward momentum — and that has spooked some investors.

Weiser said she wants to see the company perform consistently. She rated it neutral, but doubled its price target from $13 to $26 after its fiscal second-quarter earnings report.

In the second quarter, the retailer showed strength. Same-store sales rose by 6.5% versus the year-earlier period, as shoppers spent stimulus checks, salons increased capacity and stylists stocked up on products for returning customers.

Hair has been one of the few bright spots in the beauty industry during the pandemic. As lipstick and other makeup sales plummeted, shoppers channeled money toward self-care items, such as hair masks, and supplies to color hair at home.

Sales of hair products grew 7% in 2020 from the year prior, according to The NPD Group. That's a big difference from the rest of the beauty industry, which saw sales drop 19% in that period. The research firm tracks sales at prestige beauty retailers, such as department stores and specialty stores like Sephora and Ulta Beauty. It does not include mass retailers or specialty shops that cater to professionals, such as Sally Beauty.

"Hair is on fire," said Larissa Jensen, beauty industry advisor for NPD. "Hair is the only category [of beauty] that was like 'Pandemic, what pandemic?'"

However, for most beauty players, she said hair is just a tiny category. It drives about 7% of total sales for prestige beauty.

In the quarters ahead, Sally Beauty will face easy comparisons as it laps quarters when the hair industry was largely shut down. Yet the company will have to prove it can fend off competitive threats, from online retailers like Amazon and newer rivals like Madison Reed to mass retailers, including CVS Health, Walgreens, Target and Walmart.

Many of them have stepped up assortments of multicultural hair products over the past year, following George Floyd's murder and pledges to better reflect the diversity of customers on shelves. Historically, textured and natural hair merchandise have been more plentiful at specialty beauty stores, such as Sally.

As the pandemic struck in spring 2020, some of Sally's primary sales drivers — stores and salons —temporarily shuttered.

Brickman said his company leaned into growth opportunities that the pandemic created or intensified. For instance, he said, e-commerce took off as more shoppers got used to curbside pickup. As big salons struggled during the pandemic, a growing number of stylists pivoted to running independent businesses in rented salon chairs or out of homes — and turned to Sally to buy supplies. And self-expression has sparked sales as people cooped up or working from home decided to try a hair color — from a streak of blue to a full head of pink hair.

Brickman said Sally Beauty's sales of vivid colors have grown at a rate of about 20% over the past five years. That growth picked up during the pandemic, with sales of vivid colors increasing by 53% at Sally U.S. and Canada in the second quarter versus the prior year. They made up 15% of the company's total color sales three years ago and now make up about 30%, the CEO said.

Sales in the textured hair category rose, too, as some Black customers chose to wear their hair naturally rather than straightening it. Brickman attributed the trend, in part, to more open conversations about race prompted by Floyd's murder. He also sees that there is a desire to break convention and throw out old rules.

"There's a massive cultural wave here that's bigger than the pandemic," he said, citing amateur investors betting on "meme stocks" and discussing strategy on Reddit as another manifestation of this trend.

The company's e-commerce sales grew 56% in the second quarter. Brickman said he expects online sales will represent 15% to 20% of Sally's business in the next few years, up from about 10% now.

Sally Beauty has made other changes, too. It tapped Marlo Cormier, a former Fossil Group executive, as its new chief financial officer. It launched a loyalty program for salon professionals and unveiled plans for same-day delivery in as little as three hours to customers' door.

Steph Wissink, managing director at Jefferies, said the company laid groundwork for growth, even as it was hit by the pandemic, by connecting with social media influencers, building relationships with stylists and catching on to hair color trends.

"They could have easily just hunkered down and pulled their head inside the turtle shell and what they did instead, was they said 'No. We know where we have a definitive edge and we're just going to work hard to widen it.'"

Unlike other beauty categories, Wissink said, Sally will lose out on some sales because hair is not a "catch-up category." Customers don't have to dye their hair multiple times to make up for lost time like refreshing cosmetic cases. And, she said, she wonders if customers will keep vivid hair colors, even as they return to the corporate world.

"Does she turn back up to the law office in pink hair?" she said. "Or was that just kind of a fun trend to do at home because she wasn't meeting with clients and she wasn't in court?"

Wissink has a hold rating on the stock, but recently raised its price target to $25 from $15.

Sally is hopeful new customers will stick around, and its marketing is a plea for broader acceptance of a range of hair colors.

Brian Terada, founder of Be Free, a nonprofit that supports the LGBTQ+ community, is one of those new customers. Last August, the 30-year-old who lives in Los Angeles visited a Sally Beauty store for the first time. He decided to dye his hair pink — and that led to even more colors.

On social media, Terada posted photos showing off his different looks. Sally Beauty discovered his profile and decided to feature him in the new ad.

For Terada, the company's message of being authentically you resonated. He said the pandemic has turned everything upside down, emphasizing how life can change quickly and freeing people from worrying as much about what others think.

"So many rules and regulations and the way things have always been have been broken down by Covid," he said. "Society is so fragile. One of the rules was 'fit in.' But if the rules are gone, fitting in is gone, too."