Cruising Is Back—Here's What to Expect, From ‘Vaccinated Only' Zones to a Revamped Buffet

The cruising industry largely shut down after several high-profile Covid-19 outbreaks on ships as the illness started to spread in 2020. Now, as the number of Americans getting vaccinated continues to rise and restrictions ease up, the big oceangoing cruise lines are preparing to sail from U.S. waters again.

Celebrity Cruises' Celebrity Edge is set to depart from Fort Lauderdale, Florida, on June 26 to sail through the Caribbean with beefed-up health and safety measures, including the crew and all guests ages 16 and older fully vaccinated. Cruises from Royal Caribbean, Carnival and other lines will soon follow.

"Cruise lines have gone to great lengths to make sure there will never be a significant outbreak of Covid-19 on a ship again," says Gene Sloan, senior reporter for cruise and travel at The Points Guy.

"Every major line also now has a plan should even one or two passengers start feeling sick with Covid-like systems," says Sloan.

Of course, nothing is foolproof: Royal Caribbean recently canceled the first sailings of its newest ship, Odyssey of the Seas, after eight crew members tested positive for Covid; six were asymptomatic and two had mild symptoms, according to NBC 6 in Miami. The ship's inaugural cruise, scheduled to leave from Fort Lauderdale on July 3, has been pushed back to July 31.

Royal Caribbean CEO Michael Bayley said in a statement that "the positive cases were identified after the vaccination was given and before they were fully effective," and that the company delayed the cruise out of an "abundance of caution." 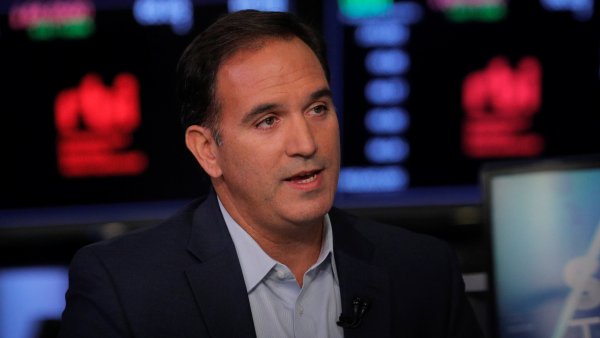 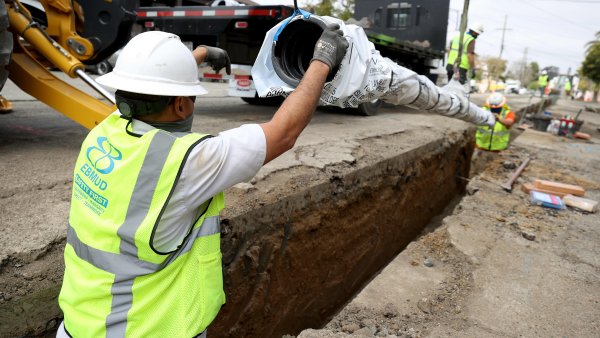 Still, travelers are ready to hit the high seas. World cruises are selling out, the maiden voyage for the new Disney Wish, launching next year, is already booked solid, and cabins this summer are hard to come by, partly due to fewer ships in the water and reduced capacity, as well as people rebooking trips that were canceled over the past year.

Here's what travelers can expect as they start cruising again.

If you can find a cabin on a ship, it could be a great time to sail due to the current capacity reductions required by the CDC, says Lisa McGregor, owner of Passport Pleasures Luxury Travel, a Florida-based agency that specializes in cruise voyages.

"Just like when we were flying last year and the planes were empty, now you have an opportunity to sail with fewer people and have a lot more breathing room," says McGregor.

Another perk, according to Sloan: "The ports that cruises visit also are less crowded than usual, so you'll be welcomed with open arms. Many of the places cruise ships go rely heavily on tourism to survive, and they haven't had much business in more than a year. They are thrilled that cruise ships are coming back."

Even though there's reduced capacity and high demand, cruise lines are enticing people with sales and promotions. For instance, Carnival is offering 40% off sailings, Royal Caribbean is giving 60% off a second passenger, Princess is throwing in shipboard credits, and even Crystal — a super luxury line with butlers — is extending discounts.

But according to Anne Scully, a partner at Embark Beyond, she's seeing waitlists for popular cruises and demand extending into 2022 and 2023. "Things are pretty tight right now," she says.

Showing proof of a vaccination

Vaccination requirements vary by cruise line and port of departure, but some ships require proof of vaccination or have perks for vaccinated travelers. Cruise lines will have a way to indicate vaccinated and unvaccinated passengers, whether it's with a wristband or a mark on your seacard.

Gray Faust says that when she recently traveled on Royal Caribbean's Adventure of the Seas, which departed from the Bahamas, she had to show her original vaccination card when checking in on the ship and had to upload it online to get in and out of the Bahamas.

The vaccine card was also useful on land. "The Bahamas will not let people eat indoors unless they're vaccinated," says Faust. "So we had to show our vaccine card to eat inside a restaurant."

Cruises won't only be available to people who have been vaccinated — but you'll have a much more enjoyable time if you are.

According to CDC rules, ships that have at least 95% of crew and passengers fully vaccinated can use their discretion when it comes to mask rules. Ships that don't meet those numbers can have designated areas for fully vaccinated passengers where masks and physical distancing are optional.

Royal Caribbean, for example, just released its new health and safety protocols for the July and August sailings from Miami on Freedom of the Seas. The line will designate some bars, lounges, restaurants, and events for vaccinated guests only, with no masks required. In the Main Dining Room, there will be areas for vaccinated guests to dine separately.

"It's expected these sentiments will be mirrored for the line's other ships, particularly the ones sailing from Florida and Texas," says travel expert Pauline Frommer.

A different kind of buffet

Despite early reports that the legendary cruise ship buffets would fall victim to Covid, it looks like they are here to stay. They're just going to be different, and the rules will change from line to line.

The big takeaway: Many buffets will no longer be self-service, and many will require reservations or reduced numbers in the dining room.

"You go through the line and you point at something and the crew will serve it to you," says Faust, of the revamped buffet she experienced on Adventure of the Seas. "They'll give you as much as you want and you still have all the choices that you're used to."

"They've implemented all sorts of new safety protocols on ships, many behind the scenes," says Sloan. "Some lines have spent millions revamping air handling systems on ships, for instance, so that no cabin shares the same air."

Gone are the days when you can show up on a ship and wing it — in the post-pandemic era, you'll need to make a lot of reservations, from shows to a spot at the gym. Faust points out that this is a way for cruise lines to discreetly do contact tracing, should something go wrong.

The cruise experience is also going high-tech to help keep passengers safe. Besides the ubiquitous QR code menus you see at many restaurants these days, you can expect contactless payment systems, virtual reservations and virtual lines, thermal temperature checks, UV sanitization and more.

While it's not pandemic-related, a lot of new ships will set sail.

Over the next 18 months, look for new ships from: Disney, the company's first launch in more than a decade; Carnival, with a groundbreaking deck-top roller coaster on the Mardi Gras; Royal Caribbean, including what will be the world's largest ship; Crystal Cruises, Lindblad Expeditions, Seabourn, Viking, Regent and more.

"New ships are going to have more amenities; they're going to be more modern," says Faust. "It's like staying in a tired hotel room versus a new hotel room."

Small-ship expedition cruising will be hot

According to Bob Simpson, vice president of expedition cruising at Abercrombie & Kent, twice as many guests booked the company's small-ship expedition cruises in Q2 of this year compared with the same time in 2019.

"The very elements that define [small-ship cruising] — remote destinations, small ships, outdoor adventures and a focus on learning — closely align with what travelers value most right now," he says.

Flexibility will be key

According to McGregor, the cruise lines want to make sure you're comfortable booking a trip — and are willing to work with you if you need to make a change. "There are flexible cancellation policies throughout the industry."

But check the fine print. "Make sure you understand what the lines are requiring," says McGregor. "What's the cancellation policy? Is it cash back or a future cruise?"

Getting to this point where cruises are embarking hasn't been easy, and regulations are changing by the minute.

For instance, in October 2020, the CDC issued a "framework for conditional sailing order" saying that cruise lines could resume voyages if they follow health and safety rules, including a mandate that a cruise ship must have 98% of its crew and 95% of its passengers fully vaccinated, as well as protocols and policies for social distancing, reduced capacity, face masks, temperature screenings, Covid-19 testing and more.

But on June 18, a federal Florida judge ruled that the CDC's orders were an overreach of power and issued a preliminary injunction that prevents the CDC from enforcing its guidelines in Florida. In April, the state had sued the CDC, demanding that it allow cruise lines to immediately resume sailing from U.S. ports.

Meanwhile, a new Texas state law says that businesses can't require vaccines. It hasn't been determined if this will apply to cruise lines, but Carnival Cruise Line is still planning to start fully vaccinated voyages out of Galveston on July 3.

A slow return to normal

Sloan, who predicts that things might not return to normal until well into 2022, has witnessed the gradual resumption of cruising firsthand. In November 2020, he was on the high-profile SeaDream 1 — the first Caribbean cruise since the start of the pandemic — when Covid broke out on the ship. Last week, he sailed in the Caribbean on Royal Caribbean's Adventure of the Seas.

"The development of Covid-19 vaccines has been a game-changer," says Sloan. "When the outbreak occurred on SeaDream 1, nobody on the ship was vaccinated for Covid-19. They tested every passenger for Covid-19 before boarding, and every passenger was negative. But without a vaccine, there wasn't a second layer of defense to stop Covid-19 from spreading should a passenger later test positive."

And that's what happened according to Sloan — a passenger who initially tested negative started feeling ill, subsequently tested positive and began spreading to others.

"Now, with so many passengers vaccinated — on Adventure of the Seas, it was 94% of all passengers — it is unlikely that Covid-19 would spread if a passenger fell ill," says Sloan.

Faust was surprised by how normal things already seemed on her cruise: "I played a ton of trivia. I heard live bands. I went to different restaurants. I sat by the pool," she says.

Checking in with your doctor

If you are deciding whether or not to sail, discuss your health risks with your doctor, stay up to date on where Americans can travel and seek guidance from the CDC, the World Health Organization and other health authorities.

According to Dr. Robert L. Quigley, senior vice president and global medical director of International SOS, the best way to protect yourself and others is to get fully vaccinated at least two weeks prior to your trip.

"On the ship itself, the CDC recommends maintaining six feet of social distance from anyone who is not traveling with you, both indoors and outdoors," says Quigley. "And when engaging in activities with other passengers, be sure to also wear a mask, avoid touching your eyes, nose and mouth, and wash your hands frequently, particularly after touching any surface."

Choosing your destination wisely is also important, says Quigley. "Places with low Covid-19 infection rates and/or high vaccination rates should represent the lowest risk to you in your travels. Clearly multiple port stops, as part of the cruise, only increases your chance of exposure," says Quigley. "So do some research ahead of time."

Don't miss: 5 places to head for your outdoorsy summer vacation, from a Florida beach to Utah’s national parks