Seth Andrew, who served as an education advisor in the Obama White House, was arrested Tuesday morning on charges of scheming to steal $218,005 from a public charter school network that he founded, federal authorities said.

Andrew, 42, was busted in New York City, where he and his wife, CBS News anchor Lana Zak, have a residence valued at more than $2 million. 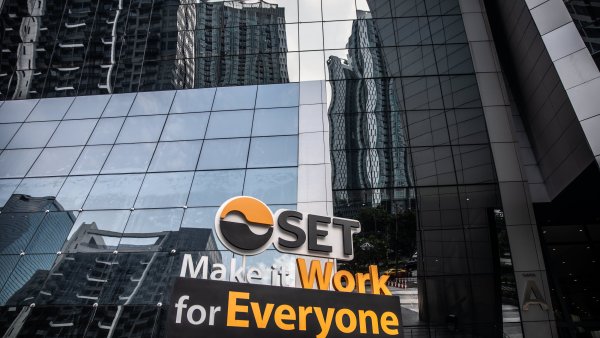 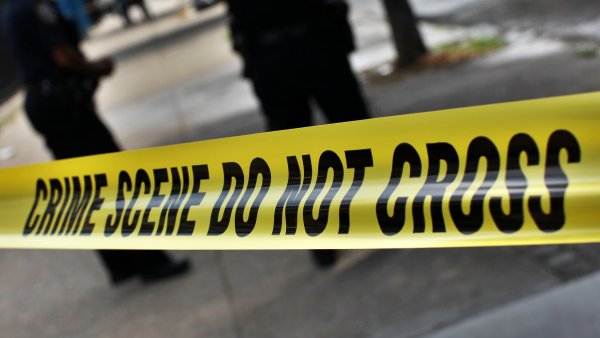 The founder of Democracy Prep Public Schools is accused of using more than half of the allegedly stolen money from that network to maintain a bank account minimum that gave him a more favorable interest rate for a mortgage on his and Zak's Manhattan residence. Zak was not charged in the case.

Prosecutors said Andrew in 2019 — more than two years after severing ties with Democracy Prep — looted a series of escrow accounts he had previously set up for individual schools within Democracy Prep's network, and then used their funds to open a business account in the name of one of the schools at a bank.

A surveillance photo from a bank, which was included in a criminal complaint, show Andrew at that bank, where he was closing one of the schools' escrow account there in October 2019.

Andrew is seen in that photo wearing a yellow hat, which an FBI agent noted in the complaint "is essentially Andrew's 'calling card,'" as it signifies a connection to Democracy Prep "and his leadership of it."

He is charged with wire fraud, money laundering and making false statements to a financial institution, according to the U.S. Attorney's Office for the Southern District of New York, which is prosecuting the case. The charges carry a maximum possible prison term of 30 years, but Andrew is almost certain to get far less time than that if convicted, given federal sentencing guidelines.

U.S. Attorney Audrey Strauss in a statement said, "Seth Andrew abused his position as a founder of a charter school network to steal from the very same schools he helped create."

"Andrew is not only alleged to have stolen the schools' money but also to have used the stolen funds to obtain a savings on a mortgage for a multimillion-dollar Manhattan apartment," Strauss said.

At an appearance later Tuesday in U.S. District Court in Manhattan, a judge ordered Andrew released on a $500,000 personal recognizance bond, which will have three co-signers.

As a condition of that bond, both Andrew and Zak must surrender their passports, and Andrew's travel was restricted to New York City, several counties north of the city, Long Island, and Vermont.

Andrew next is due in court on May 27.

Zak, who has three children with Andrew, did not immediately respond to a request for comment.

Andrew's criminal defense attorney, Michael Yaeger, told CNBC that Andrew "will be entering a plea of not guilty" in the case. He declined to comment further.

Natasha Trivers, the current CEO of Democracy Prep, in an email to the network's families, alumni and scholars said that a "series of financial safeguards" that were instituted after she took over her post in 2019 "led directly to the discovery of Seth's unauthorized withdrawals."

Democracy Prep, which Andrew founded in 2005, then notified authorities, and has been cooperating with the criminal investigation, she said.

"Seth left our network in 2013," Trivers wrote. "His alleged actions are a profound betrayal of all that we stand for and to you and your children, the scholars and families that we serve. To be clear, at no time did the alleged crimes pose any risk to our students, staff or operations in any way."

Trivers added, "The network's finances remain strong, and at no time did any of the activity by Seth Andrew have any adverse effect on our scholars or the functioning of our schools."

Last week, Andrew retweeted a Twitter post by Democracy Prep that said the network was "looking for an amazing team of teachers, leaders and staff who want to educate responsible citizen-scholars!"

Andrew currently is CEO of Democracy Builders, which bills itself as a "social sector studio that has launched more than $1b in enterprises that are changing the face of education, democracy, and technology around the world." That organization last year purchased for $1.725 million the former campus of Marlboro College in Marlboro, Vermont, with the goal of setting up a school there dubbed Degrees of Freedom.

In a statement issued to CNBC later Tuesday, the Democracy Builders board of directors said that "upon learning of the allegations against Mr. Andrew, the Board of Directors held an emergency meeting to remove Mr. Andrew from his position as Board Chair and restrict his access to all financial accounts and resources effective immediately."

"The Board of Directors takes its fiduciary role and responsibilities seriously and will ensure that contributions made to Democracy Builders Fund are used for the mission and intended purposes of Democracy Builders and its various projects and programs," the board said.

Andrew, while at Democracy Prep, accepted a job in the U.S. Department of Education in 2013, shortly after Obama began his second term. He then became a senior advisor in the Office of Educational Technology at the White House.

During his tenure in the Obama administration, Andrew continued being paid by Democracy Prep, according to authorities. He severed his ties with the network in January 2017, the same month that Obama left office.

Andrew is accused in a criminal complaint of ripping off the charter schools network in 2019 by drawing funds from escrow accounts he had set up for individual schools in the network years before, and depositing much of the money into a bank that he was looking to obtain a mortgage from.

He allegedly benefited from a lower interest rate on his $1.776 million mortgage as a result of having used stolen funds from the schools to maintain a large deposit at the bank that was loaning him the money to buy a $2.37 million home in New York.

Andrew and his wife obtained a mortgage rate of just 2.5%, or 0.5% less than they would have had to pay, as a result of having more than $1 million on deposit with the lender.

"Without the $142,524 deposited stolen funds, Andrew would have been eligible for only a 0.375% interest rate deduction," the U.S. attorney's office noted.

FBI Assistant Director William F. Sweeney Jr. said in a statement, "Locking into the lowest interest rate when applying for a loan is certainly the objective of every home buyer, but when you don't have the necessary funds to put down, and you steal the money from your former employer to make up the difference, saving money in interest is likely to be the least of your concerns."

"We allege today that Andrew did just that, and since the employer he stole from was a charter school organization, the money he took belonged to an institution serving school-aged children," Sweeney added. "Today Andrew himself is learning one of life's most basic lessons – what doesn't belong to you is not yours for the taking."

A CBS News spokeswoman had no immediate comment about Zak and the case.