One of two men criminally charged with impersonating Department of Homeland Security law enforcement agents in Washington, D.C., offered to give an assault rifle worth $2,000 to a U.S. Secret Service agent who was assigned to the protective detail of first lady Jill Biden, a court filing says.

That filing also says that one of the defendants, Arian Taherzadeh, lent what was purported to be a "government vehicle" to the wife of that Secret Service agent, who was not identified by name, and that Taherzadeh "also provided her with a generator."

The Secret Service agent lived in a Washington apartment building on the floor below Taherzadeh's apartment, according to the filing, which was written by an FBI agent in support of the criminal complaint against Taherzadeh, 40, and his 35-year-old co-defendant, Haider Ali.

Ali allegedly told witnesses in the case that he had connections to ISI, the Pakistani intelligence agency, a prosecutor said during a court hearing Thursday.

Taherzadeh also allegedly gave members of the Secret Service and an employee of the Department of Homeland Security "rent-free apartments (with a total yearly rent of over $40,000 per apartment), iPhones, surveillance systems, a drone, a flat-screen television, a case for storing an assault rifle, a generator and law enforcement paraphernalia," the filing says. 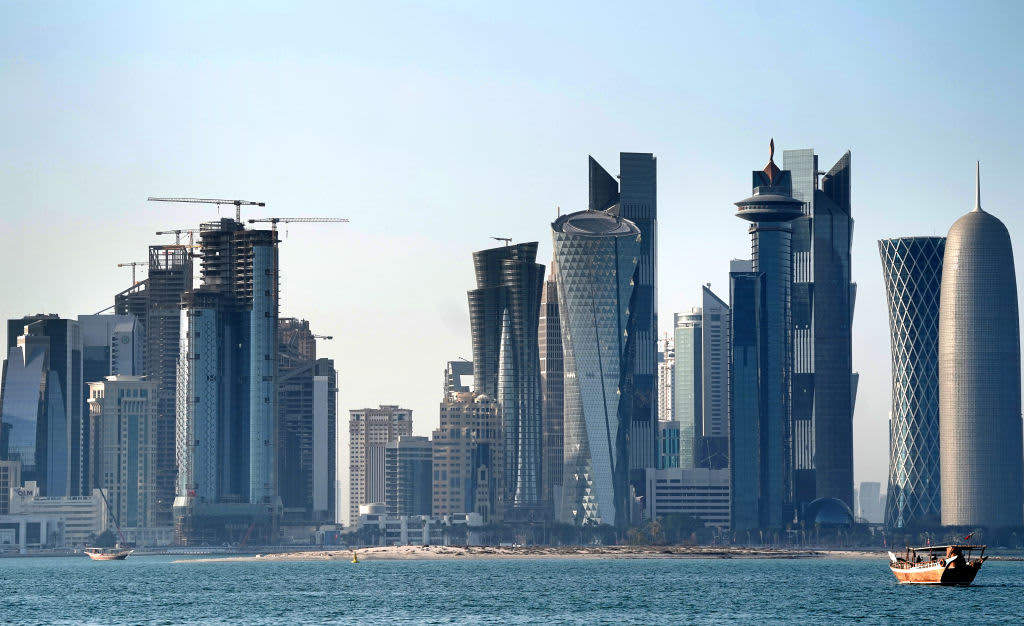 One of those agents was assigned to protect the White House as part of the Secret Service's uniformed division, the filing said.

That agent lived rent-free in a three-bedroom apartment provided by Taherzadeh at the same complex, according to the filing, which said the residence normally would rent for more than $48,000 annually.

Taherzadeh told the agent that a division of DHS "had approved extra rooms as part of his operations, and that [agent] could live in one of them for free," the filing said.

"The investigation confirmed that there are no such [DHS] operations and that it authorized no such expense."

Taherzadeh and Ali were arrested Wednesday during a raid on that building in the Southeast section of D.C. on a charge of "false impersonation of a federal officer."

The men, who are both U.S. citizens, were speaking with an attorney at the time of their arrest, according to a statement made at a court hearing Thursday.

Prosecutors said they appeared to have control of five apartments in the complex, two of which they lived in, and that investigators found a drone, handguns, ammunition, bullet-proof body armor, gas masks, zip ties, handheld radios, body cameras, binoculars, a high-powered telescope, and four laptop computers when they searched the defendants' apartments. They also found DHS patches and training manuals, components of disassembled rifles, scops for weapons and a list of every resident of the apartment complex.

Both men separately appeared in federal court in Washington on Thursday via a phone hookup and were ordered held in jail pending a detention hearing on Friday.

Assistant U.S. Attorney Joshua Rothstein, in asking a judge to hold the men without bail, said the men are a danger to the community and a flight risk, citing their international travel in the past, and the presence of visas for Iran and Pakistan in their passports.

Rothstein said additional charges of conspiracy could be lodged against the men, both of whom asked for court-appointed lawyers.

Four members of the Secret Service have been placed on administrative leave pending further investigation.

In a statement Thursday, the Secret Service said it "has worked, and continues to work, with its law enforcement partners on this ongoing investigation."

"All personnel involved in this matter are on administrative leave and are restricted from accessing Secret Service facilities, equipment, and systems," the agency said. "The Secret Service adheres to the highest levels of professional standards and conduct and will remain in active coordination with the Departments of Justice and Homeland Security.”

NBC News reported later Thursday that the Secret Service is conducting an internal review of the interactions between four agents placed on leave and the two defendants.

"We are looking into our people in terms of how their social circles collided," said one of two sources who confirmed that review. "We are only 72 hours into this review ... right now there's no sign of nefarious activity."

The FBI said in an affidavit that both men, from as early as February 2020 until their arrest, pretended to be agents working for DHS, and that they carried insignias and firearms used by federal agents as part of that deception.

The affidavit says the men did this "to ingratiate themselves with members of federal law enforcement and the defense community."

The affidavit written by an FBI agent says the men's imposter act began to be exposed on March 14, when a U.S. Postal inspector responded to the apartment complex to investigate an alleged assault on a letter carrier.

During the investigation of that incident, the inspector learned from people at the complex that Taherzadeh and Ali, "who represent themselves as Department of Homeland Security Investigations (HSI) Special Agents, may have witnessed the assault."

When the inspector interviewed both men, they identified themselves as investigators with the U.S. Special Police Investigation Unit, and "deputized 'special police' with the city of Washington."

The men also "claimed to be involved in undercover gang-related investigations as well as conducting investigations related to the violence at the United States Capitol on January 6, 2021," the affidavit said.

Residents at the apartment complex told the postal inspector that the men "have video surveillance set up in various parts" of the complex, and that they had told residents they "can access, at any time, the cellular telephones" of residents, according to the affidavit.

The inspector determined that the men "were in regular contact with several members" of the Secret Service who live in the complex, who had received gifts from the men.

That filing also says that a witness, who did not work in law enforcement, told the FBI that Taherzadeh "recruited" that person for possible employment at DHS and to conduct research into a government contractor who provided support to the Defense Department and the U.S. intelligence community.

As part of that bogus recruitment process, Taherzadeh told the witness he would need to shoot the witness with an air rifle "in order to evaluate [their] reaction and pain tolerance," the filing said. The witness agreed, and was shot by Taherzadeh, the filing says.