State withdrawals from pandemic-era unemployment programs aren't speeding up the job recovery, according to a new analysis.

Twenty-five states have ended their participation in at least some of the programs since mid-June. Louisiana, will do so July 31.

Those measures offered aid to the long-term unemployed, gig and other workers ineligible for traditional state benefits and raised pay by $300 a week.

State governors, largely Republicans, said the federal funds were keeping recipients from looking for jobs, making it harder for businesses to hire and holding back the economic recovery.

However, Census Bureau data suggests recipients didn't rush to find jobs in the weeks following the first batch of state withdrawals, according to Arindrajit Dube, an economics professor at the University of Massachusetts Amherst. 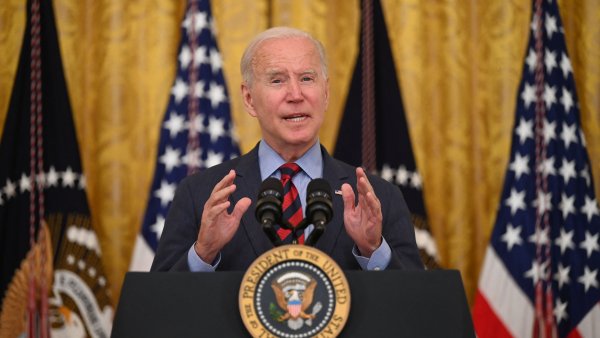 Specifically, the share of adults receiving unemployment benefits fell sharply (by 2.2 percentage points) in the dozen states that cut federal funding on June 12 or 19, according to Dube. That translates to a 60% reduction in unemployment rolls in those states, he said.

More from Personal Finance:
Biden administration aims to rein in abusive non-compete agreements
Here's how to tap your house for cash as home prices soar
How to avoid costly Medicare mistakes

But there wasn't a corresponding increase in employment among this group — in fact, the share of adults with a job fell by 1.4 percentage points over the same period, according to Dube. (Employment rose by 0.2 percentage points in states that didn't end the pandemic benefits.)

Together, the data shows there wasn't an immediate job boost following the cuts, Dube said. However, more time and information are needed to analyze the longer-term effects of state policies, he said.

"There's not early evidence [federal benefits] were a big constraint [on jobs]," according to Susan Houseman, research director at the W.E. Upjohn Institute for Employment Research, who reviewed the findings.

The analysis uses most recent data on 18- to 65-year-olds from the Household Pulse Survey, which is available through July 5. The Census Bureau releases new survey data every few weeks. It's among the only real-time publicly available information sources that measures both employment status and receipt of unemployment benefits, Dube said.

His findings are in line with recent analyses published by the job site Indeed, which found job-search activity was muted in the states that cut federal benefits. That's the opposite of what would be expected given the policy goal, company economists said.

"You could argue, maybe it will take people longer to find jobs than a couple weeks," Houseman said. "We'll have to continue to track [it]."

Talk of labor shortages began in earnest following the April jobs report. The U.S. economy added 269,000 new jobs that month, about a fourth of what economists predicted. (Job growth has since ramped up, to 850,000 in June.)

Big deviations from economists' projections the last few months hint the labor market isn't functioning the way it did pre-pandemic, according to Stan Veuger, a senior fellow at the American Enterprise Institute, a right-leaning think tank.

Expanded unemployment benefits likely led at least some people to stay home instead of look for work, he said.

But many other effects likely play a role as well, said Veuger. He cited that Covid health risks remain; school schedules may make it difficult for parents to find steady work; workers who relocated may not yet have moved back; and decimated industries will likely a take a while to rebuild.

Concern about the coronavirus is the top reason for a lack of urgency in looking for work among the unemployed, according to a recent survey conducted by Indeed. A rise in cases due to the delta variant threatens to complicate the economic recovery.

"I think there are a lot of these pandemic-related effects we don't have a grip on," Veuger said. "You don't immediately jump back to the old equilibrium."

States have also re-imposed requirements to search for work as a condition of receiving unemployment benefits, which make it harder for people to exploit the system, Houseman said. States had suspended those requirements earlier in the pandemic.

"They don't exactly make it easy for people to collect these benefits," she said.

However, there are a few reasons to wait for more data before drawing conclusions about state unemployment policies, Veuger said.

For example, Dube's analysis doesn't control for differences in each state's job market. The states that ended federal benefits early also tend to be the ones that re-opened from Covid lockdowns early; therefore, job-finding may be lower relative to other states if some of the more easily restored jobs have already been taken, Veuger said.

Dube notes that he didn't control for state factors in his research, but expressed confidence in the results since there weren't any "systematic differences" between these groups of states over the past few months.

"The hardship numbers shouldn't really change much if it were easy to transition and get another job," he said.