What to Watch Today: Wall Street Looks to Continue Lower, So Does Recently Dropping Tesla

One day after the October producer price index showed a surge at a record clip year over year, the government said Wednesday morning the October consumer price index jumped a great-than-expected 6.2% from last year, the fastest pace in more than 30 years. (CNBC)

Due the Veterans Day holiday on Thursday, the government issued its weekly look at initial jobless claims one day early, reporting a new Covid-era low of 267,000, essentially matching estimates. (CNBC)

* Borrowers rush to refinance, as mortgage rates drop for a second week (CNBC)

Shares of Tesla (TSLA) fell in premarket trading after a three-session losing streak that included Tuesday's nearly 12% nosedive. The stock, which has soared 45% in 2021, has been under pressure since the weekend, when CEO Elon Musk proposed selling 10% of his shares in the electric vehicle maker. 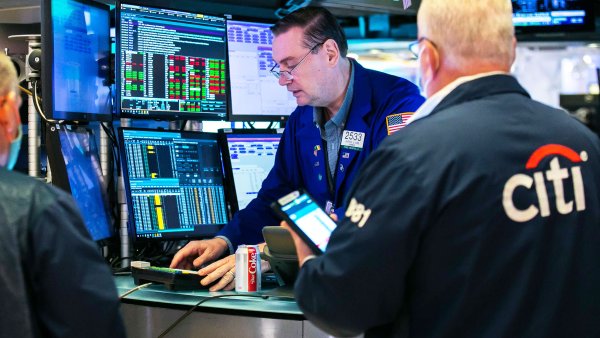 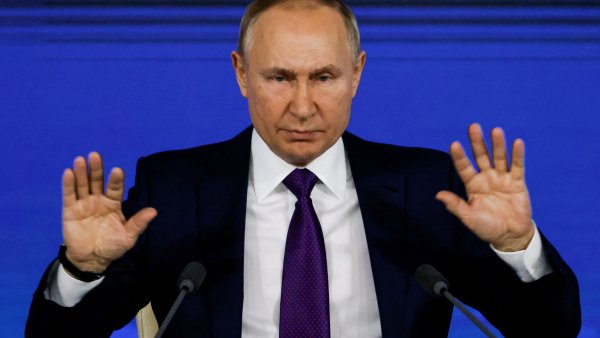 Biden and Putin's Ukraine Crisis Gets Personal as the U.S. Tries to Deter Russian Invasion

Rivian Automotive, the electric vehicle company backed by Amazon and Ford, is set to begin trading Wednesday. The EV maker Tuesday evening priced its initial public offering at $78 per share, above the increased expected range, for a value $66.5 billion. Rivian is worth almost as much as Ford and GM, even before it starts generating real revenue. (CNBC)

Coinbase said monthly transacting users and trading volume fell from the prior period. Much of the company's success hinges on the performance of digital assets like bitcoin, which had a rough summer. On Monday, it reached a new all-time high above $68,000. Today, bitcoin was 1% lower. (CNBC)

The EU's second-highest court ruled Wednesday that the European Commission was right to fine Google $2.8 billion for an antirust breach — in what represents a landmark moment for European Union policy that could impact the business models of major tech players. The verdict can be appealed and taken to the EU's highest court. (CNBC)

American Airlines (AAL) pilots' union has rejected the carrier's offer of as much as double pay for working trips around the holidays, a measure aimed at avoiding a repeat of recent mass flight cancellations. The union, in the middle of contract negotiations with the airline, said it wants more permanent changes to how the airline builds its schedules. (CNBC)

Ahead of an expected virtual meeting, as soon as next week, with President Joe Biden, Chinese President Xi Jinping said his country is willing to work with the U.S., on condition of mutual respect. In early October, CNBC reported the two leaders planned to hold such a meeting before the end of the year. (CNBC)

At the Port of Baltimore, Biden plans Wednesday to lay out the benefits of the $1 trillion infrastructure package that Congress passed last week. The president intends to emphasize how the spending can strengthen global supply chains to help lower prices, reduce shortages and add union jobs, according to a White House official. (AP)

A federal judge has rejected former President Donald Trump's attempt to block a bipartisan House select committee from obtaining White House records as part of its investigation of the deadly Jan. 6 Capitol invasion. Trump is appealing the ruling. The House panel has also issued subpoenas for testimony from a growing list of Trump's close associates. (CNBC)

Poshmark (POSH) plunged more than 31% in early morning trading after the online marketplace reported quarterly financial results. The company posted a loss of 9 cents per share on revenue of $79.7 million. Analysts surveyed by Wall Street expected a loss of 7 cents per share versus $82.7 million. Poshmark also forecasted weaker-than-expected holiday-quarter revenue.

DoorDash (DASH) surged more than 15% before the bell as the food delivery platform announced it will acquire international delivery platform Wolt in a transaction valued at $8.1 billion, its biggest acquisition to date. The company also reported a wider quarterly loss than analysts expected, but topped revenue estimates.

Palantir (PLTR) fell more than 2% before the bell after RBC downgraded the stock to underperform from sector perform and cut its price target on the stock to $19 per share from $25 per share. RBC in its call cited Palantir's slowing revenue growth.