More than 200 people have died from COVID-19 in the U.S. and sickness from the disease is on the rise.

President Donald Donald is tapping stepped-up powers to marshal the private sector in the coronavirus pandemic. Earlier this week he said he'd invoke the rarely used Defense Production Act as needed to get needed medical supplies on the front lines of the outbreak. Now he says he's put that “in gear.”

The announcement comes as the administration tries to overcome its inability to provide the needed masks and ventilators to hospitals on the verge of being overwhelmed by coronavirus patients. U.S. governors have told the president their states are in dire need of federal help to contain the outbreak. More than 200 people have died from COVID-19 in the U.S. and sickness from the disease is on the rise.

Here's the latest development in the coronavirus outbreak in the U.S.:

The virus outbreak's epicenter of Wuhan reported no new or suspected cases again for a third consecutive day.

Overall, China on Saturday reported 41 new cases detected over the previous 24 hours, all among people traveling from overseas, and another seven deaths, six in Wuhan. China now has a total of 81,008 cases and 3,255 deaths.

A total of 71,740 people have been declared cured and released from the hospital. Wuhan must go 14 straight days without a new case in order for draconian travel restrictions to be lifted.

People are now better able to move around in the surrounding province of Hubei, although its provincial borders remain closed to the rest of the country. Beijing and other cities are increasingly vibrant as the government attempts to mitigate disastrous effects on the world's second-largest economy, but social distancing and quarantines for new arrivals remain the norm.

While entry and exit from Wuhan remains tightly restricted, businesses such as supermarkets, convenience stores and shops selling fresh fruit, vegetables and other daily necessities can re-open.

Only one person per household bearing a special pass can go out each day, with shopping time limited to two hours.

The World Health Organization made a plea for solidarity between age groups to make sure young people understand they are not invincible when it comes to the coronavirus pandemic and how they can put others at risk.

Pence’s spokeswoman Katie Miller said Friday that the staff member, who is not being identified, did not have “close contact” to either the vice president or President Donald Trump.

Miller said contact tracing, or contacting everyone the individual has been in contact with, is being conducted in accordance with guidelines issued by the Centers for Disease Control and Prevention.

Illinois Gov. J.B. Pritzker on Friday ordered all state residents to remain in their homes except for essentials, joining similar dramatic efforts in California and New York to limit the spread of the coronavirus.

“Grocery stories, pharmacies, gas stations, these sources of fundamental supplies will continue to operate,” he said. "We will never shut these services down."

Essential retail locations include grocery stores, gas stations, pharmacies, and other stores that supply critical needs in the state. The closures could last for weeks, he said.

Trump Lashes Out Over Question About 'Anecdotal' Anti-Viral Treatment

President Donald Trump and Dr. Anthony Fauci, the nation's top infectious disease expert, broke openly during a White House briefing on the possible effectiveness of new drugs being explored to treat the virus. Trump said he believed that a combination of medications he announced Thursday would work to treat the virus. Fauci said no such declaration could be made without testing.

Asked by NBC News' White House correspondent Peter Alexander if Trump was giving Americans a false sense of hope by "putting a positive spin on things," the president said he didn't think so and defended his disposition.

The exchange grew tense when Alexander followed up by asking Trump what he would say to Americans watching at home who are scared by the spread of the coronavirus.

US and Mexico to Limit Border Travel

Mexico and the U.S. have announced plans to sharply limit travel over their busy shared border as they try to control the spread of the coronavirus pandemic. President Donald Trump and Mexican Foreign Secretary Marcelo Ebrard say their governments agreed to prohibit recreational and tourist travel. It's similar to the restrictions put in place earlier this week along the U.S. and Canadian border. There would be no ban on people traveling for work or other essential activities and there would be no halt to commercial traffic.

President Donald Trump announced that both southern and northern U.S. borders would close temporarily to slow the spread of the coronavirus.

President Donald Trump announced Friday the Department of Education will be temporarily waiving all interest on federally held student loans for 60 days, and borrowers will have the option to suspend their payments for at least 2 months.

The department advised borrowers to contact their loan servicer online or by phone to request this forbearance. Visit the Education Department's student aid site here for more information.

Trump also said the federal government will not enforce standardized testing requirements for students in elementary through high school in the wake of the coronavirus outbreak. Several states had asked DeVos to cancel standardized testing for this academic year as they face school closures that could last weeks or months. The tests were scheduled to begin in early April in many states.

New York Gov. Andrew Cuomo is ordering all workers in non-essential businesses to stay home and banning gatherings statewide. “Only essential businesses can have workers commuting to the job or on the job,” Cuomo said of an executive order he will sign Friday. Nonessential gatherings of individuals of any size or for any reason are canceled or postponed.

Treasury Secretary Steven Mnuchin has announced that the deadline for filing U.S. income taxes has been moved from April 15 to July 15. Mnuchin tweeted Thursday morning that at President Donald Trump's direction, “we are moving Tax Day from April 15 to July 15. All taxpayers and businesses will have this additional time to file and make payments without interest or penalties.” The administration had announced earlier in the week that it would delay the payments, a move that Mnuchin said would leave $300 billion in the economy at a critical time.

California Gov. Gavin Newsom ordered the state's 40 million residents to stay at home indefinitely and venture out only for essential jobs, groceries and some exercise. Pennsylvania Gov. Tom Wolf issued a sweeping shutdown order to tens of thousands of “non-life-sustaining” businesses or face enforcement by state police and other government agencies. The governor of Texas closed schools for more than 5 million students, banned dining at restaurants, shut down gyms and prohibited public gatherings of more than 10 people.

The American Heart Association provided some tips to stay healthy while social distancing at home during the coronavirus pandemic. 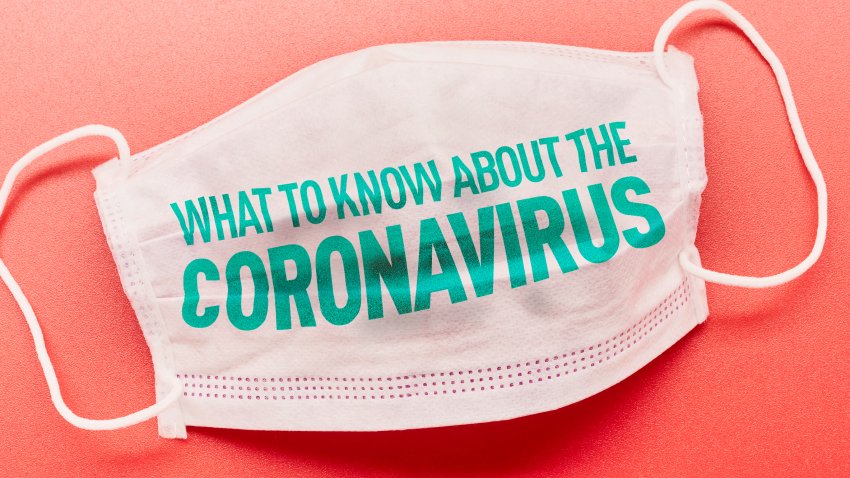