The coronavirus kept surging in hot spots around the U.S. on Thursday, with one city in South Carolina urging people to pray it into submission, a hospital in Texas bringing in military medical personnel and morgues running out of space in Phoenix.

Record numbers of confirmed infections and deaths emerged again in states in the South and West, with hospitals stretched to the brink and fears worldwide that the pandemic's resurgence is only getting started.

Texas reported 10,000 new cases for the third straight day and 129 additional deaths. The state has seen a third of its more than 3,400 total COVID-19 fatalities in the first two weeks of July alone.

coronavirus in connecticut 15 mins ago 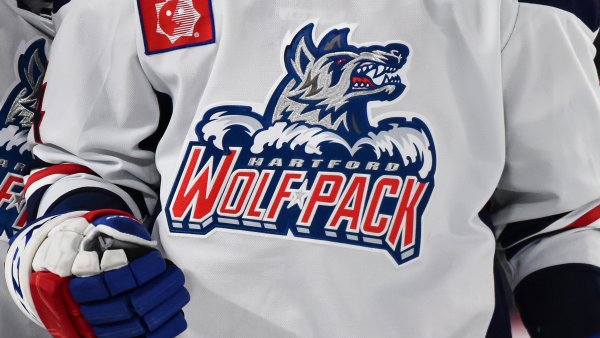 Wolf Pack Game vs. Springfield Postponed Due to COVID-19 Protocols

South Carolina confirmed 69 deaths, more than double any other day. In Louisiana, where officials thought they had contained the virus earlier this year only to become a hot spot again, it's averaged more than 2,000 new confirmed infections a day over the past week.

Many of the governors leading states with the highest rising numbers had refused to mandate masks in public or prevented local officials doing so. While a number of them have reversed course — including Arkansas’ Republican governor — and at least 25 states now have mask rules, Georgia Gov. Brian Kemp banned cities and counties from requiring face coverings and then sued Atlanta to prevent the city from defying his order.

Georgia's capital and 14 other cities had ordered masks be worn, but the Republican governor has maintained that no local directive can be more or less restrictive than his statewide mandates.

“How can we take care of our local needs when our state ties our hands behind our back and then says, ‘Ignore the advice of experts?’” Savannah Mayor Van Johnson told reporters. He later added: “If you don’t want to protect us, then allow us the opportunity to protect ourselves.”

Arizona, meanwhile, has been so hard hit by the virus, the medical examiner's office in metro Phoenix has gotten portable storage coolers and ordered more to handle an influx of bodies — reminiscent of New York City at the height of the pandemic there earlier this year.

In Texas, the rising numbers are hitting big cities like Houston as well as smaller communities along the Mexico border. This month, Hidalgo County, about 220 miles (354 kilometers) south of San Antonio on the border, has reported more deaths than Houston's Harris County.

Dr. Ivan Melendez, Hidalgo County’s public health authority, said it’s not uncommon for the body of a COVID-19 patient to lay on a stretcher for 10 hours before it can be removed in the overcrowded hospitals where intensive care space is running short.

“Before someone gets a bed in the COVID ICU unit, someone has to die there,” Melendez said.

Elsewhere in the second-largest state, health officials in San Antonio also turned to refrigerated trailers to store the dead, and soldiers prepared to take over a COVID-19 wing of a Houston hospital.

An 86-person Army team of doctors, nurses and support staff was setting up a nursing station at United Memorial Medical Center and expected to begin treating up to 40 patients in the coming days.

Some of the soldiers from around the country wore their uniforms. Others wore scrubs affixed with strips of surgical tape that had their ranks, names and medical titles.

“This facility, working with the United States military, is something that we asked for,” said U.S. Rep. Sheila Jackson Lee, a Houston Democrat, standing near the soldiers as they worked. “We have exhausted medical personnel that we’re so grateful to, but we didn’t have enough.”

In South Carolina, where the coronavirus crisis was deepening, the mayor of Charleston asked for spiritual help.

“We do turn to God at a time like this,” Mayor John Tecklenburg said.

Declaring a day of prayer and remembrance in what for centuries has been nicknamed the Holy City for the number of church steeples dotting its colonial skyline, Tecklenburg was surrounded by pastors of various faiths who prayed for the dead, the sick, their families, health care workers, scientists seeking a vaccine and politicians.

Charleston is one of the biggest hot spots in a state that's among the worst in the nation for the rate of new cases. South Carolina is a microcosm of how the virus has been playing out in the U.S. the past few months. Nearly 39% of the more than 62,000 known cases in the state have been diagnosed in the past two weeks.

South Carolina has set records for COVID-19 hospitalizations nearly every day this month. The 69 deaths reported Thursday pushed it well past 1,000 people killed by the virus, the 25th state to cross that somber threshold.

More than 13.5 million infections have been confirmed worldwide and over 588,000 have died, according to a tally by Johns Hopkins University. The numbers are likely higher for a number of reasons, including limited testing.

Elsewhere around the world:

— Brazil's health ministry reported that the country had passed 2 million confirmed infections and 76,000 deaths. Since late May, Brazil has recorded more than 1,000 daily deaths on average in a gruesome plateau that has yet to tilt downward.

— In France, which has seen new outbreaks, Prime Minister Jean Castex said masks would be mandatory in closed public places as of next week — sooner than Aug. 1 as previously announced.

— India’s record daily increase of nearly 32,700 cases pushed its total close to 1 million and led authorities to reimpose a three-day lockdown and nightly curfew in the popular western beach state of Goa, two weeks after it was reopened to tourists.

Parra reported from Madrid and Collins reported from Columbia, South Carolina. Associated Press reporters around the world contributed to this report.

Follow all of AP’s pandemic coverage at http://apnews.com/VirusOutbreak and https://apnews.com/UnderstandingtheOutbreak.