Trump Urges Americans to Hunker Down to Fight ‘the Invisible Enemy'

Coronavirus infections across the country reached approximately 5,200, and the death toll climbed to at least 97, with more than half of the dead from Washington state.

Nearly 7 million people in the San Francisco area were all but confined to their homes Tuesday in the nation's most sweeping lockdown against the coronavirus, even as spring break crowds partied in Florida and tourists lined up to pose for pictures in front of the world-famous “Welcome to Las Vegas” sign.

Arizona, Florida and Illinois pressed ahead with their presidential primaries, recommending such precautions as putting tape on the floor to keep voters a safe distance apart, while Ohio called off its election hours before the polls were to open.

The official reaction to the crisis varied wildly across the U.S., despite new, more urgent warnings from the Trump administration, which called on Americans not to gather in groups of more than 10 and advised older people to stay home.

Dr. Deborah Birx, coordinator for the federal response to the virus, urged millennials to lead the charge. Speaking at a White House briefing with members of the coronavirus task force, Birx said the nation needs young adults doing everything they can to avoid infection, but also protecting their parents and grandparents.

“We’re asking the younger generations to stop going out in public places, to bars and restaurants, and spreading asymptomatic virus onto countertops and in grocery stores and grocery carts,” Birx said.

The American Heart Association provided some tips to stay healthy while social distancing at home during the coronavirus pandemic.

Coronavirus infections across the country reached approximately 5,200, and the death toll climbed to at least 97, with more than half of the dead from Washington state. Worldwide, more than 7,300 have died.

The president acknowledged Monday for the first time that the outbreak may send the economy into a recession and suggested that the nation may be dealing with the virus until July or August.

Amid the growing economic crisis, the White House is proposing a roughly $850 billion economic rescue package, a sweeping stimulus not seen since the Great Recession of 2008. The request will be outlined to Senate Republicans Tuesday and will aim to provide relief for small businesses and the airline industry and include sending checks to Americans in the next two weeks, Treasury Secretary Steven Mnuchin said Tuesday.

He added, "We have to fight that invisible enemy."

Birx has said that millennials, those born in the 1980s and early ’90s, are vital to stopping the spread of the virus, in part because they grew up with social media and understand how to work and communicate without meeting in person.

But not all those millennials were listening. With beaches on Florida’s Gulf coast near Tampa still open, at least one was full of spring breakers. Gov. Ron Desantis said he would leave beach restrictions up to individual communities.

"It's not probably advisable to have spring break gatherings," but small beach groups are probably OK, he said. “I think the communities can work that out."

Dr. Anthony Fauci, director of the National Institute of Allergy and Infectious Diseases, said clinical trials began Monday as researchers seek treatment and a vaccine amid the coronavirus pandemic.

Texas Gov. Greg Abbott, a Republican, praised the federal government's response as he took only limited action amid the outbreak. Unlike other governors of heavily populated states, Abbott has not made explicit calls for limiting mass gatherings.

The rapid work stoppage had Americans fretting about their jobs and their savings, threatened to overwhelm unemployment benefit programs, and heightened fears the country could plunge into a recession.

Election officials in the three states holding primaries said they were taking precautions to make sure voters could safely cast their ballots. The immediate problem: Hundreds of poll workers dropped out, forcing state officials to scramble.

"Please, please heed our call and volunteer," said Marisel Hernandez, head of the election commission in Chicago. "Help us."

Election officials in Illinois' Cook County, home to Chicago, urged poll workers to use blue painter’s tape to mark the floor every 6 feet so voters could keep their distance while waiting in line.

The coronavirus pandemic has prompted shutdowns of schools, businesses and events across the U.S. Here are how some states are responding to the outbreak.

Meanwhile, millions of Americans were holed up at home, with many thrown out of work until further notice as the list of businesses forced to close across the U.S. extended to restaurants, bars, gyms and casinos.

In Detroit, bus riders were stranded Tuesday after most drivers didn't report to work, apparently concerned about the spread of the virus and confused as to whether Michigan's new restrictions on gatherings included vehicles loaded with commuters.

The city canceled bus service shortly after 8 a.m. because of the shortage of drivers. Surprised riders waiting at stops across the city pulled out phones to try to get a lift from friends or family.

“Just now?" a maintenance man, Amadou Sanders, asked. “How am I going to get to work?”

Officials in six San Francisco Bay Area counties issued a “shelter-in-place” order affecting millions, requiring most residents to stay inside and venture out only for food, medicine or exercise for three weeks.

"I know today’s order is a radical step. It has to be. We need to act now, all of us," said Dr. Grant Colfax, director of the San Francisco Health Department. 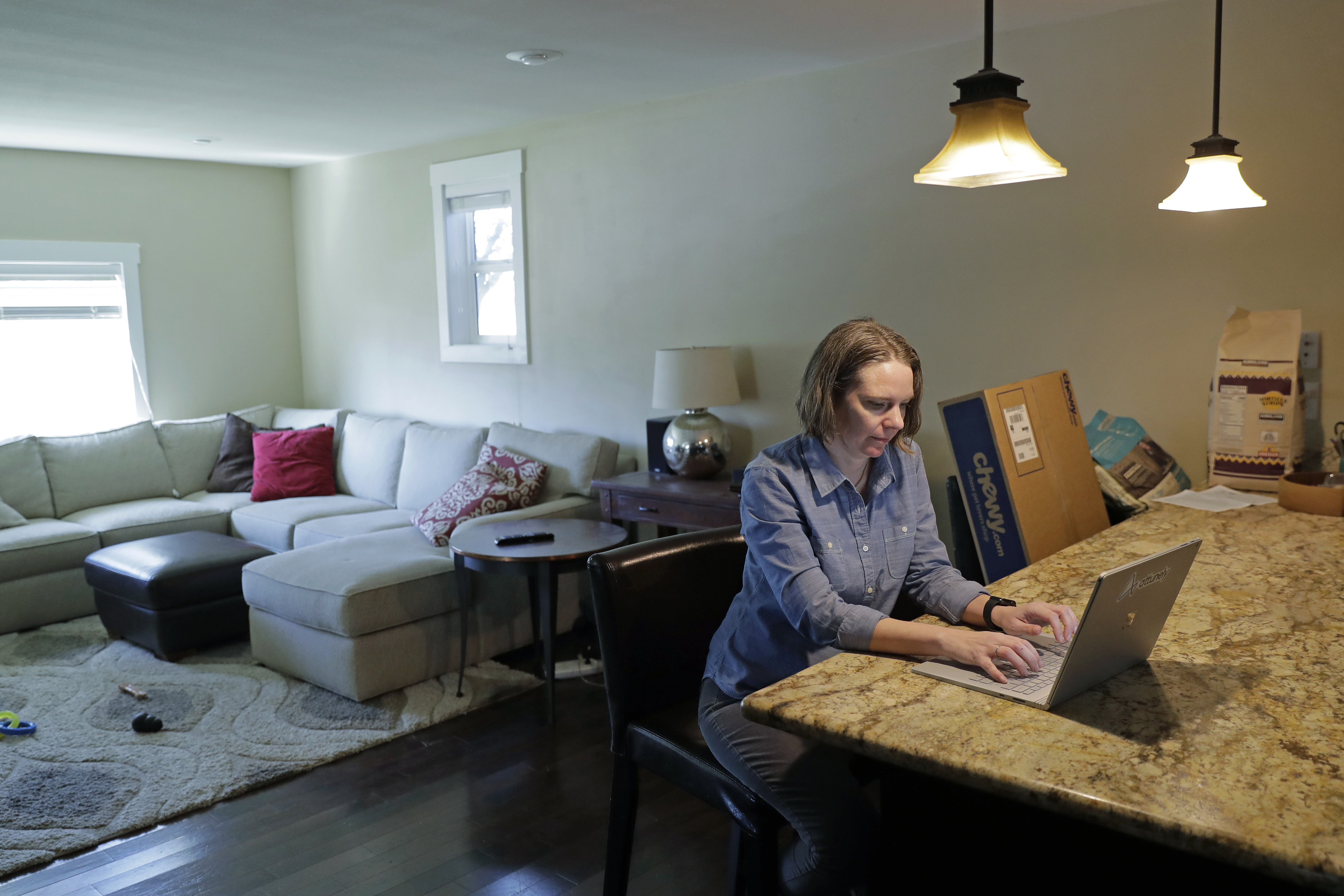 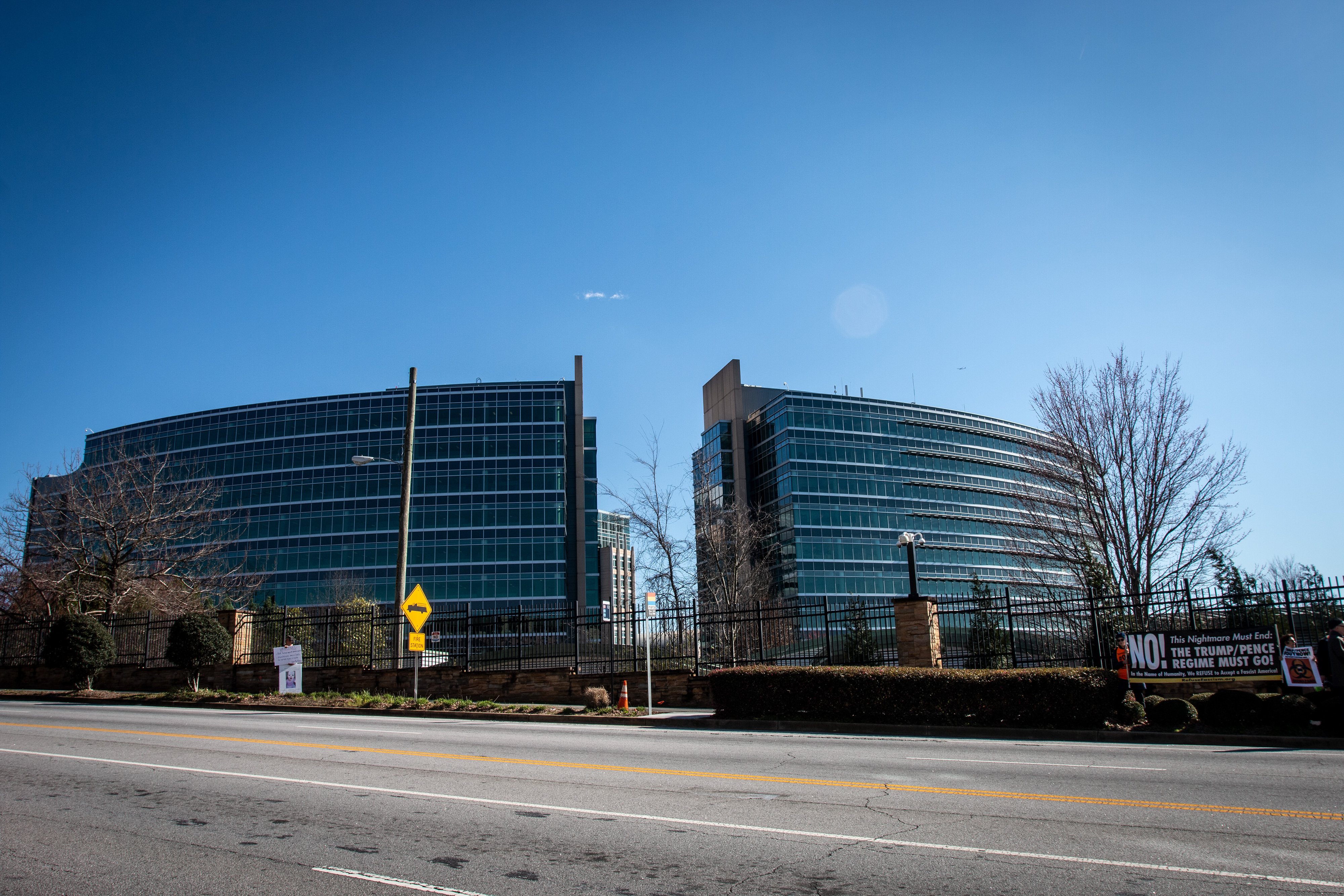 Health officials say that "social distancing" — encouraging people to avoid close contact with others — is a key to slow the spread of the virus and keep U.S. hospitals from being overwhelmed with a sudden deluge of patients.

Most people who come down with the disease have relatively mild symptoms, but it can be deadly for some, especially the elderly and those with underlying health problems. Most people infected with the virus recover in a matter of weeks.

The shutdowns touched every corner of the country: blackjack dealers in Las Vegas, theme park workers in Orlando, Florida, restaurant and bar employees nationwide, and winery workers in California. At least eight states called on all bars and restaurants to close at least part of the day.

With schools closed for tens of millions of children across the country, parents began using lesson plans that included flash cards, online learning, dog walks and creativity sessions. Many did this while juggling work conference calls, emails and memos. Others scrambled to find child care.