As lockdowns ease across the United States, millions of Americans are set to take tentative steps outdoors to celebrate Memorial Day. But public health officials are still concerned that if people congregate in crowds or engage in other risky behavior, the coronavirus could come roaring back.

The CDC continues to recommend that people stay home, avoid crowds and connect with family and friends by phone or video chat. But for the tourism and hospitality industry hit hard by the pandemic, there is modest hope that the holiday weekend will mark the start of a return to something resembling recovery.

"I don’t want people to think that any of us feel that staying locked down for a prolonged period of time is the way to go," top infectious disease scientist Dr. Anthony Fauci told CNBC on Friday.

Fauci said that now is the time to begin reopening the economy but people should still "proceed with caution" and states should not reduce social distancing measures too quickly.

The U.S. has confirmed 1.6 million cases and over 97,000 deaths from the coronavirus, according to Johns Hopkins University. 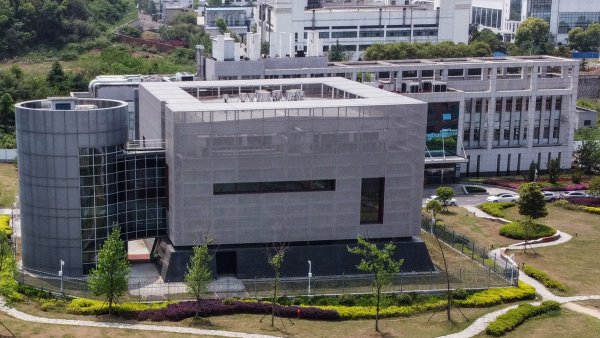 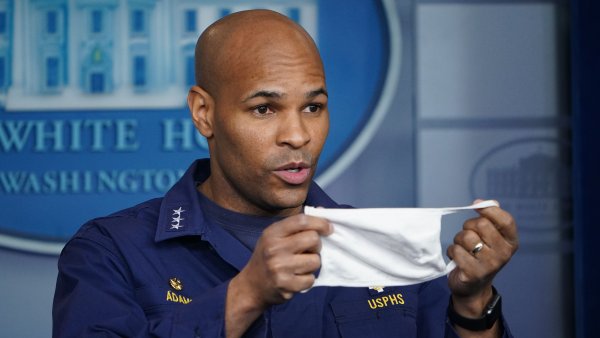 White House Bans Travel to US From Brazil

The White House has announced a ban on travel to the U.S. from Brazil due to the spread of coronavirus in Latin America’s hardest-hit country.

Press secretary Kayleigh McEnany said in a statement Sunday evening that the ban applies to foreign nationals who have been in Brazil in the 14 days before they sought to travel to the United States.

McEnany cast it as a move by President Donald Trump “to protect our country.”

Trump has already banned travel from the United Kingdom, Europe and China, all of which have been hit hard by the virus. Trump had said last week that he was considering imposing similar restrictions on Brazil.

Brazil had reported more than 347,000 COVID-19 cases, second behind the U.S. in the number of infections, according to a Johns Hopkins University count.

Memorial Day weekend traditionally kicks off the busy summer travel season, but this year is expected to be a record low for the industry.

The names and brief descriptions culled from obituaries from around the country fill six columns under the headline “U.S. Deaths Near 100,000, an Incalculable Loss,” with a subheadline reading: “They Were Not Simply Names on a List. They Were Us.”

The all-text list takes the place of the usual articles, photographs and graphics in an effort to convey the vastness and variety of lives lost, according to Simone Landon, assistant editor of the graphics desk.

A tally kept by Johns Hopkins University says more than 96,000 people have died of COVID-19 in the United States. Projections show that the U.S. will likely pass 100,000 deaths from the virus by June 1.

Tom Bodkin, chief creative officer of The Times, said he did not remember any front pages without images, though there have been pages with only graphics, during his 40 years at the newspaper.

Claims promoted by the Trump administration that the global coronavirus pandemic originated at the Wuhan Institute of Virology in the central Chinese city are a “pure fabrication," the institute's director said.

Wang Yanyi was quoted by state media Sunday as saying the institute did not have “any knowledge before that nor had we ever met, researched or kept the virus … We didn’t even know about the existence of the virus, so how could it be leaked from our lab when we didn’t have it?”

President Donald Trump and Secretary of State Mike Pompeo have repeatedly said they suspect the virus that was first detected in Wuhan was somehow released from the laboratory.

Most scientists say the pathogen that has infected 5.3 million and killed more than 342,000, according to a tally by Johns Hopkins University, was passed from bats to humans via an intermediary species likely sold at a wet market in Wuhan late last year.

The virus' toll continued to ebb in Asia and other parts of the world, with China on Sunday reporting three new confirmed cases and just 79 people remaining in treatment for COVID-19

Reducing the state’s daily death count to fewer than 100 seemed almost impossible several weeks ago, the Gov. Andrew Cuomo said. That figure has remained stubbornly high even amid other signs of encouragement.

The number of hospitalized patients in the state that has been the epicenter of the pandemic in the U.S. continued to fall, dropping to over 4,600.

Cuomo also announced that the region along the Hudson River north of New York City and south of Albany is set to begin reopening Tuesday, and that Long Island could follow suit Wednesday.

Trump Plays Golf for 1st Time Since the Coronavirus Pandemic

President Donald Trump played golf Saturday for the first time since he declared the coronavirus pandemic a national emergency more than two months ago, leading to the shutdown of much of American society. His return to the course was the latest sign that he wants the country back to pre-outbreak times, even as the U.S. death toll from the virus nears 100,000, twice what he once predicted it would be.

Trump also planned Memorial Day visits to Arlington National Cemetery and the Fort McHenry national monument in Baltimore, followed by a trip to Florida's coast on Wednesday to watch to U.S. astronauts blast into orbit.

The golf outing came a day after Trump said houses of worship are “essential” and he demanded that governors allow them to reopen during the holiday weekend. It also followed guidance from Dr. Deborah Birx, the White House coronavirus task force coordinator, that it was OK for people to be outdoors this weekend as long as they took appropriate safety precautions.

Trump pulled away from the White House on a sunny morning wearing a white polo shirt, white cap and dark slacks. Photographs that appeared later on Twitter showed him swinging a golf club and driving alone in a cart on the course at his private Trump National Golf Club in Sterling, Virginia.

The White House had no comment on the president's activities at the club, but said he and Turkish President Recep Tayyip Erdogan had discussed the pandemic's effect on the global economy on Saturday.

The U.S. Centers for Disease Control and Prevention on Friday released guidelines to "help communities of faith discern how best to practice their beliefs while keeping their staff and congregations safe."

"For many faith traditions, gathering together for worship is at the heart of what it means to be a community of faith," the CDC said in a statement. "But as Americans are now aware, gatherings present a risk for increasing the spread of COVID-19 during this public health emergency."

The CDC also urges communities of faith to minimize the sharing of worship materials and other items.

Click here to view the CDC's full Interim Guidance for Communities of Faith.

"Consistent with the community’s faith tradition, consider temporarily limiting the sharing of frequently touched objects that cannot be easily cleaned between persons, such as worship aids, prayer rugs, prayer books, hymnals, religious texts and other bulletins, books, shared cups, or other items received, passed or shared among congregants as part of services," the CDC added.

President Donald Trump on Friday afternoon called for houses of worship to "open right now," speaking at a brief news conference where he called them "essential."

He said if state governors don't open houses of worship this weekend, "I will override them." It was not immediately clear what authority he had to mandate this and he did not cite any.

At a press conference on Friday, President Donald Trump announced that he is immediately declaring places of worship as essential and threatened to "override" any governors that prevent them from opening this weekend. He did not not cite any specific authority to enforce the command.

The U.N. disarmament chief says the COVID-19 pandemic is moving the world toward increased technological innovation and online collaboration, but “cybercrime is also on the rise, with a 600% increase in malicious emails during the current crisis.”

Izumi Nakamitsu told an informal meeting of the U.N. Security Council on Friday that “there have also been worrying reports of attacks against health care organizations and medical research facilities worldwide.”

She said growing digital dependency has increased the vulnerability to cyberattacks, and “it is estimated that one such attack takes place every 39 seconds.”

According to the International Telecommunication Union, “nearly 90 countries are still only at the early stages of making commitments to cybersecurity,” Nakamitsu said.

The high representative for disarmament affairs said the threat from misusing information and communications technology “is urgent.” But she said there is also good news, pointing to some global progress at the United Nations to address the threats as a result of the development of norms for the use of such technology.

He said the need for “a secure and functioning cyberspace” is therefore more pressing than ever and he condemned cyberattacks targeting hospitals, medical research facilities and other infrastructure, especially during the pandemic.

“Those attacks are unacceptable,” Ratas said. “It will be important to hold the offenders responsible for their behavior.”

The National Institute of Allergy and Infectious Diseases published long-awaited results of its first study of remdesivir, an antiviral medication that Dr. Anthony Fauci previously said has a "clear-cut, significant, positive effect" on patients with COVID-19.

On Friday, NIAID published the preliminary analysis of the drug in the New England Journal of Medicine. The analysis included data on 1,059 hospitalized patients. About half received remdesivir, and half received a placebo.

Patients who received remdesivir were in the hospital for about 11 days, on average, compared with 15 days for those who received the placebo.

Earlier this month, the Food and Drug Administration issued an emergency use authorization for remdesivir. The move was intended to increase physicians' access to the drug. It's not a cure, but it's the only treatment so far shown in clinical trials to have a moderate impact on the illness.