Arizona recorded more coronavirus deaths, infections, hospitalizations and emergency-room visits in a single day than ever before in a crisis Wednesday across the Sunbelt that sent a shudder through other parts of the country and led distant states to put their own reopening plans on hold.

In Florida, hospitals braced for an influx of patients, with the biggest medical center in Florida’s hardest-hit county, Miami's Jackson Health System, scaling back elective surgeries and other procedures to make room for victims of the resurgence underway across the South and West.

Florida recorded more than 6,500 new cases — down from around 9,000 on some days last week, but still alarming — and a running total of over 3,500 deaths. Ahead of the Fourth of July, counties in South Florida are closing beaches to fend off large crowds that could spread the virus.

The run-up in cases has been blamed in part on what New Jersey's governor called "knucklehead behavior” by Americans not wearing masks or obeying other social-distancing rules.

“Too many people were crowding into restaurants late at night, turning these establishments into breeding grounds for this deadly virus," Miami-Dade Mayor Carlos Gimenez said in forbidding restaurants with seating for more than eight people from serving customers inside from midnight to 6 a.m.

Health experts say the virus in Florida and other Southern states risks becoming uncontrollable, with case numbers too large to trace.

The U.S. leads the world in coronavirus cases, with more than 2.6 million infections and over 128,000 deaths, according to a tally by Johns Hopkins University. 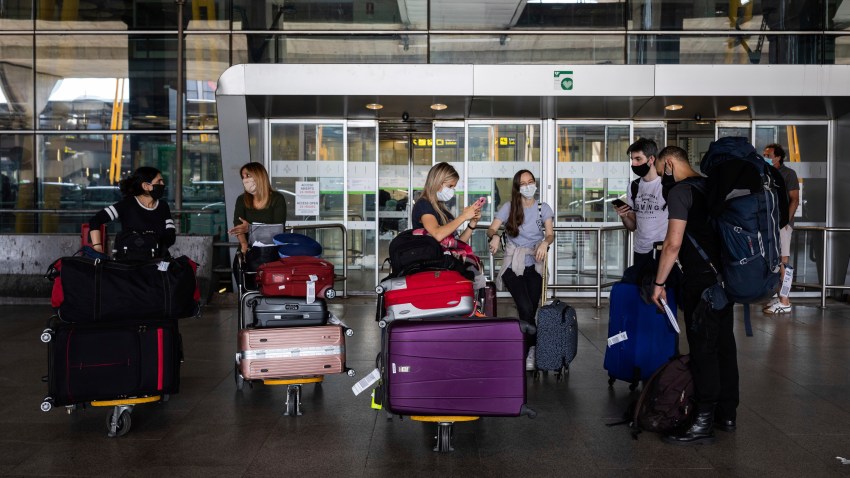 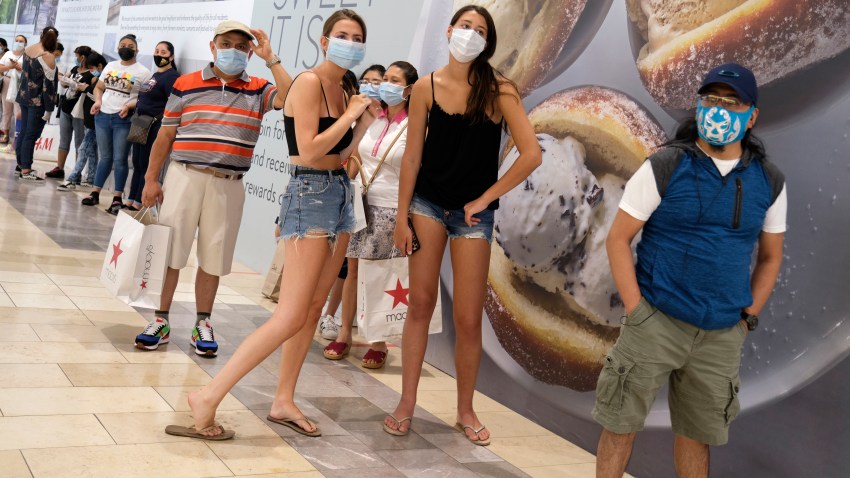 'Worst Is Yet to Come': WHO Warns Coronavirus Pandemic Speeding Up as Lockdowns Ease

The House on Wednesday easily passed a temporary extension of a subsidy program for small businesses slammed by the coronavirus, speeding the measure to President Donald Trump.

Approval by voice vote without debate came after Democrats pushed the legislation through the GOP-controlled Senate late Tuesday as spikes in coronavirus cases in many states led to renewed shutdowns of bars and other businesses.

The legislation extends the June 30 deadline for applying for the program to Aug. 8. Lawmakers created the program in March and have modified it twice since, adding money on one occasion and more recently permitting more flexible use of the funding despite some grumbling among GOP conservatives.

California Rolls Back More Openings Due to Coronavirus

California Gov. Gavin Newsom on Wednesday ordered bars and indoor dining at restaurants to close in most areas of the state for the next three weeks amid a troubling surge of new coronavirus cases throughout the state.

The order came just days ahead of what is expected to be a busy Fourth of July weekend for the state. That worried public health officials because people were expected to gather in larger numbers than they have for months after the state relaxed its stay-at-home order allowing more businesses to open.

Newsom did not order beaches to close, but said parking lots at all beaches in Southern California and the San Francisco Bay area would close to limit crowds. State parks — which include some beaches — will remain open, but with measures in place to reduce overcrowding.

The largest hospital in Florida’s hardest-hit county in the coronavirus pandemic announced it is scaling back elective surgeries and other procedures because of a new surge in cases.

Jackson Health System in Miami said it will limit non-emergency admissions on Monday because of “a steady increase” in the number of coronavirus patients over the past few weeks.

The county and others in South Florida are closing beaches for the Fourth of July holiday in hopes of preventing further virus spread due to large crowds.

Miami-Dade has 37,961 confirmed cases and 1,000 deaths, according to the state Department of Health.

Experts say Florida residents should brace themselves for further restrictions, warning the Sunshine State and other southern U.S. states didn’t adopt strong enough measures to control outbreaks early on and are now paying the price.

Dr. Kristin Englund, an infectious disease physician at Cleveland Clinic, said Wednesday that once the virus is widespread in states with “huge numbers” of confirmed cases, “it's going to be almost impossible to control.”

New York City will postpone indoor dining indefinitely, Mayor Bill de Blasio said Wednesday as the city prepares to move forward with other aspects of the state's Phase III reopening plans next week. The mayor cited rising infection rates in other places tied to bars and restaurants for the pause.

"Indoors is the problem, the science is showing it more and more," de Blasio said, NBC New York reported.

The moves come after Florida and Texas, and officials in other cities have moved to close bars in response to surging COVID-19 outbreaks.

Health experts have slammed the U.S. decision to hog nearly the entire global supply of remdesivir, the only drug licensed so far to treat COVID-19, warning that type of selfish behavior sets a dangerous precedent for attempts to share scarce treatments amid the pandemic.

In a press release Tuesday, the U.S. government announced President Donald Trump had struck “an amazing deal” to buy the drug for Americans, which will virtually deplete global supplies for the next three months.

Ohid Yaqub, a senior lecturer at the University of Sussex called it “disappointing news” and said the move could have a “chilling effect.”

Dr. Peter Horby, who is running a large clinical trial testing several treatments for COVID-19, told the BBC that “a stronger framework” was needed to ensure fair prices and access to key medicines for people and nations around the world. He said that as an American company, Gilead was likely under “certain political pressures locally.”

Voters in six key 2020 election states have little good to say about how President Donald Trump is handling the coronavirus as the pandemic tears through the United States, according to a new CNBC/Change Research poll.

As cases spike in pockets of the U.S. South and West after states reopened their economies, likely voters in Arizona, Florida, Michigan, North Carolina, Pennsylvania and Wisconsin believe Trump shoulders much of the blame, the survey released Wednesday found.

When asked to select two people or groups most responsible for the recent increase in hospitalizations, 35% said the president — the largest share among the answers. Trump was followed by “people not wearing masks” at 34%, “states reopening their economies too soon” at 32% and “people not social distancing” at 29%.

But the poll suggests many voters think Trump plays a role in the policies and behaviors that have contributed to the flood of infections. A majority of respondents, 55%, said they agree that the president is urging states to restart their economies too quickly in order to boost his reelection prospects, while 45% disagree.

Dallas County is reporting a record 601 new COVID-19 cases Tuesday along with 20 deaths and more hospitalizations, according to Dallas County Judge Clay Jenkins.

At the same time, the state's official coronavirus death toll dropped by just over 40 people as part of a data clean-up of duplicate reports, the officials said.

Massachusetts' death toll was lowered to 8,054, down 41 from where it stood in Monday's report. The department identified 114 new cases, bringing the total number of cases in the state to 108,882.

Virginia Gov. Ralph Northam is taking a late step to keep people from gathering at bars as the state prepares to enter Phase 3 of its reopening amid the coronavirus pandemic, NBC Washington reported.

The governor said Tuesday the state's restaurants will not be allowed to fully reopen their bars as previously planned. He announced the decision Tuesday afternoon, a day before the state was set to allow people to congregate at bars as long as they practiced social distancing. Instead, restaurants can continue to operate under phase two restrictions, which allows limited table service in bar areas but generally prohibits sitting at bar counters.

Virginia does not allow establishments to only serve alcohol; they all must serve food.