Gov. Ned Lamont said restaurants in the state will now have a curfew and will have to go back to 50% capacity as a part of "phase 2.1."

The governor announced the rollback in an attempt to prevent increasing COVID-19 cases.

As a part of the rollback, restaurants will have to limit capacity to 50% and tables will have a max of eight people. This is a step back from phase 3, which allowed restaurants to have a 75% capacity.

"Almost all of the restaurants are doing a really good job, but there have been some problems," Lamont said. 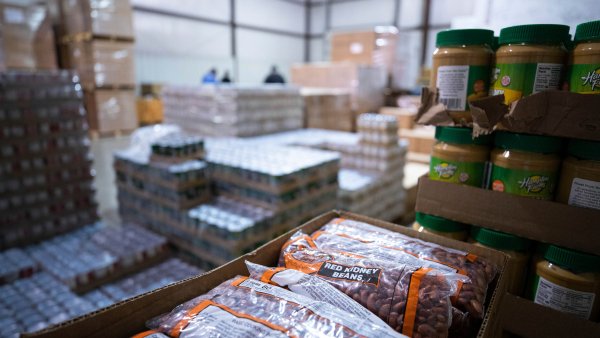 All restaurants and entertainment will now have a 9:30 p.m. curfew, with the exception of takeout and delivery services.

Performing arts and movie theaters will have capacity capped at 100 people.

Personal services such as hair salons, nail salons and barbershops can remain at 75% capacity.

"They've made enormous efforts there. People are wearing the masks, they've got the plexiglass, they've been able to maintain the distancing, and I think that has not been a source of spread," Lamont said about personal services.

The governor has issued a "strong recommendation" for a nightly curfew in Connecticut from 10 p.m. to 5 a.m.

Lamont is also recommending Connecticut residents stay home from 10 p.m. to 5 a.m. He said at this point, he is not considering making this curfew a requirement, just a "strong recommendation."

With Connecticut entering phase 2.1, Lamont is encouraging employers to maximize working from home. Also, CT residents are being advised to cancel or postpone non-essential travel.

The governor said his priorities for modified phase 2 are to slow community spread, protect healthcare capacity, keep students and childcare open, and minimize the economic impact.

"Maybe we thought a few weeks ago that we could target our response town by town and keep these flare-ups from becoming wildfires," Lamont said. "I think we're finding, and looking around at our neighbors around the country that right now, what we find are flare-ups on a municipal basis are becoming more like community spread."

The governor said because of this, he is shifting his thinking to more of a statewide approach rather than a town-by-town basis.

The move to a modified phase 2 was done in close association with Massachusetts, Rhode Island, and our other neighbors, according to Lamont.

The Connecticut Restaurant Association issued a statement in response to the rollback.

"Today’s news that Connecticut will roll back to Phase II presents a renewed challenge to Connecticut restaurants, an industry that was hit sooner and hit harder by this pandemic than nearly any other," the statement reads.

"In making today’s announcement, the governor noted that other states are using a similar closing time, but failed to mention that those states also have small business grant programs that dwarf what Connecticut is currently offering. Given the nature of our businesses, putting a hard stop on their ability to serve customers after 9:30 p.m. and not offering new options for grants or forgivable loans will be the final straw for many Connecticut small businesses already just barely keeping their doors open," the statement continues.

“Given the serious and sustained increase in coronavirus transmission, Governor Lamont’s decision to move back to a modified version of Phase 2 on a statewide basis is the right way to respond, rather than leaving a patchwork of local restrictions,” Bronin said.

The state's COVID-19 positivity rate increased to 3.4% and hospitalizations have also increased by 11 since Friday.

There are now 340 total hospitalizations, a number not seen since June.

There were 79,090 reported COVID-19 tests performed over the weekend.

Anthony’s Ocean View in New Haven was shut down by city health officials after violating the state’s COVID-19 safety guidelines.