Battle Over Vaccinations Thrives in States With High Exemptions

The vast majority of parents follow vaccination recommendations. But a vocal minority of skeptics keeps the debate alive.

The battle over child vaccinations, with public health officials often at odds with distrustful parents, may at first seem overblown.

The vast majority of Americans follow the government-recommended schedule of shots aimed at protecting children from polio, meningitis, measles, whooping cough and other diseases that have been eradicated from U.S. soil. But a small and vocal minority of skeptics resist vaccinations on religious or philosophical grounds, or out of unproven belief that the medicines cause more harm. Their objections have fueled a passionate debate that pits the freedom of individual choice against efforts to protect entire communities.

National statistics show how small the minority is: less than 1 percent of infants go without vaccinations, and about only 1.5 percent of kindergartners skip at least one of their shots because their parents have obtained an exemption on religious or philosophical grounds, according to the Centers for Disease Control and Prevention.

All states but one allow religious exemptions, and 19 allow philosophical ones. The state with the highest rate of non-medical exemptions is Oregon, with 6.4 percent. The lowest is in New Mexico, at .4 percent. 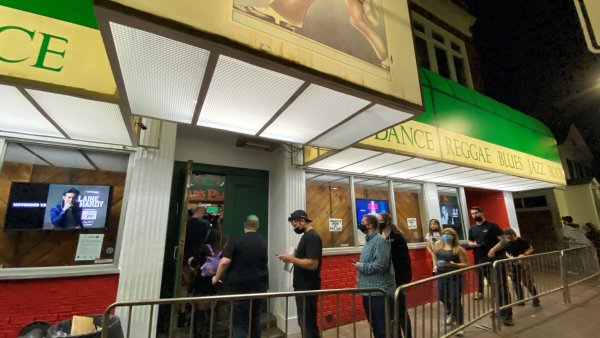 In most circumstances, public health officials feel confident that unvaccinated children are protected by a so-called “herd immunity” effect, in which person-to-person transmission is rendered nearly impossible among the large number of vaccinated people around them.

But, every so often, there is an outbreak — a rash of measles in Brooklyn or North Texas, a rise in whooping cough in Connecticut or California — that thrusts the debate into the national consciousness. In some states, most recently California and Colorado, officials have tried to restrict exemptions, sparking protests from activists who demand the right to obtain them.

Many of these activists believe vaccinations put certain children at higher risk of other serious maladies, such as autism. Public health officials say study after study has shown no connection.

Paul Offit, a pediatrician who runs the Division of Infectious Diseases and the Vaccine Education Center at Philadelphia Children’s Hospital, is one of the most outspoken critics of the vaccination backlash. But he also understands why the opposition has gained momentum.

Generations of Americans are growing up without fear of the diseases that the vaccinations prevent, Offit said. As that fear subsides, it has been replaced by fear of the vaccinations themselves, which have expanded to a large battery of painful shots that begins soon after a baby is born. Parents who believe their children have been harmed by vaccinations share their stories online. “The internet is certainly ripe with information that can help you feel better about not using vaccinations,” Offit said.

He added: “It’s not surprising that people start to back away.".

While the CDC says the 1.5 percent exemption rate is not high, it worries Offit. He worries even more more about states with rates over 5 percent: Alaska, Idaho, Illinois, Michigan, Oregon, Vermont. These are the places that can be at higher risk for outbreaks. In more localized communities where resistance to vaccinations is more concentrated, that rate can be much higher.

In 2013, 189 people got measles, the second largest number of cases since the disease was eliminated from the United States in 2000. Two-thirds of the cases came from three outbreaks in which measles was introduced into communities with “pockets of persons unvaccinated because of philosophical or religious beliefs,” according to a CDC report.

“For some communities this is a big problem, because there’s a high level of exemptions, children who are not being vaccinated are more susceptible to these diseases,” said Shannon Stokley, associate director for the CDC’s Immunization Services Division.

There has also been a recent rise in cases of whooping cough, or pertussis, which has been blamed in part on the refusal of some to vaccinate their children.

Barbara Loe Fisher, president of the National Vaccine Information Center, which fights attempts to limit exemptions, says the backlash is an outgrowth of the rapid growth of vaccinations and the concern among some parents that they don’t know enough about them.

“With so many vaccines going on the market, this issue is not going away,” she said. “It’s not about people being foolish or ignorant. It’s about people becoming more educated."

But in recent years that has been a counter-backlash by small parent-led groups that try to spread word about the benefits of vaccinations. One such group is Moms Who Vax.

The debate will probably never end, as long as the outbreaks remain small and contained, Offit said. If they get bigger, and children die, or polio or diphtheria come back, “That would scare people” back to vaccinations, he said.