The two-time Boston Marathon champion turned onto Boylston Street with a sliver of a lead, leaning in front of two others with the finish line in sight.

But one of them was Lawrence Cherono, the fastest man in the field.

And he needed every bit of his speed. 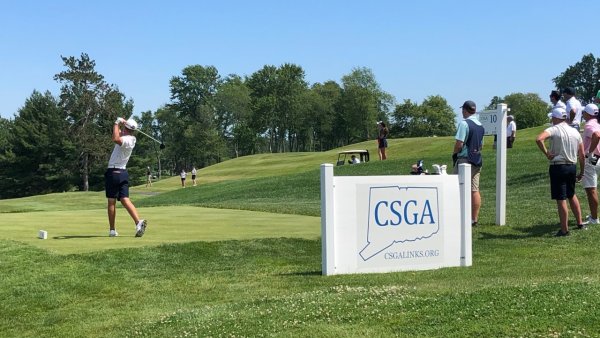 Cherono outkicked Lelisa Desisa and passed him just steps away from the tape, winning the 123rd Boston Marathon in 2 hours, 7 minutes 57 seconds on Monday to claim his first major victory.

Desisa, the Ethiopian who won the 2013 race that was marred by the finish line bombing and claimed a second victory in '15, eased up after realizing he was beaten and finished 2 seconds back. Kenneth Kipkemoi was third, another 8 seconds behind, one of seven Kenyans in the top 10.

Worknesh Degefa broke away from defending champion Des Linden and the rest of the women's pack in the Framingham flats and ran alone for the last 20 miles to her first major marathon victory.

The 28-year-old Ethiopian finished in 2:23:31 to become the eighth Ethiopian woman to win the race and the third in seven years. Kenya's Edna Kiplagat was second, American Jordan Hasay was third and Linden was fifth.

One year after an icy rain and a near-gale headwind resulted in the slowest winning times in four decades, race organizers again prepared for the foul New England weather. Heavy rain and thunderstorms forced marathoners to take shelter for a time on Monday morning, but the weather settled down in time for the race to start on schedule and the sun even made an appearance about halfway through.

"This is what everybody strives for, works hard all year long to have this," Laura Fenster of Fresno, California told NBC10 Boston. "It's a blessing, it's a pure blessing."

Linden took advantage of last year's storm to splash her way to the first win for an American woman since 1985. But with conditions back to normal, so were the results: East Africans from Kenya and Ethiopia dominating the podiums.

A field of 30,000 runners followed the elites, ditching their trash bags and ponchos on the Hopkinton Green before embarking on the 26.2-mile trek from Hopkinton to Copley Square. It's the first time the race has been run on April 15 since the 2013 attacks; officials planned a ceremony at 2:49 p.m. to honor those killed or maimed by the two pressure cooker bombs that exploded near the finish line.

Daniel Romanchuk, 20, became the youngest-ever men's wheelchair champion in Boston. He finished in 1:21:36 for the fastest time ever for an American.

"I knew it was possible, it was just a matter of everything coming together," Romanchuk said.

Manuela Schar won the women's race for the second time, adding it to her titles in in Berlin, Chicago, New York and Tokyo. If she wins in London in two weeks, she will have swept the World Marathon Major series.

[NATL-BOS]Scenes From the 123rd Boston Marathon

Officials estimate $30 million will be raised for charities during the marathon. About 1 million people are expected to attend the race.

This year's event falls on the sixth anniversary of the 2013 bombing that killed three people and injured hundreds more. Boston officials are planning a moment of silence at 2:49 p.m., the time of the first explosion.

Police also had extra patrols to ensure the public's safety. About 7,000 law enforcement officials will be providing security for the race.

"We know what happened before," Boston Police Commissioner William Gross said. "Let's be each other's eyes and ears. This is our city, our marathon, let's look out for each other."

Authorities said Monday morning that there was no credible threat against public safety at this year's race. They stressed the importance of acting on the phrase, "see something, say something."

Spectators went through security checkpoints, and items including weapons, backpacks, coolers, rolling bags, blankets and glass containers or cans were banned from the race route.

Ginger Howell, a 33-year-old professional triathlete who is running her sixth Boston Marathon, said she finished the 2013 race 25 minutes before the bombings and was on the train home when the twin detonations went off near the finish line. Three people were killed and hundreds were injured in the terror attack.

Thinking back on the day has taught her to appreciate being present at the race, and in life.

"Even if you run slower than your goal time, thinking about the bombing puts everything in perspective," Howell said.

"The Boston strong attitude made a big difference. When people think about the Boston Marathon now, they think about people coming together and overcoming adversity," she added.

Howell was among the throngs of runners gathering in the tents outside of a high school in Hopkinton, Massachusetts, ahead of the race.

Several road closures were in effect due to the event. The following streets are closed on Marathon Monday: