A school bus crash in Greenwich sent 13 students and the bus driver to the hospital on Wednesday afternoon.

The bus was carrying students from The Stanwich School when the 74-year-old driver swerved for some reason and hit a large tree on Stanwich Road, according to police. There were no other vehicles involved in the accident.

All of the students were thrown forward when the bus hit the tree and bus driver's compartment was heavily damaged. The driver suffered serious, but non-life threatening injuries, police said.

Injuries to the students ranged from bumps and bruises to broken bones. 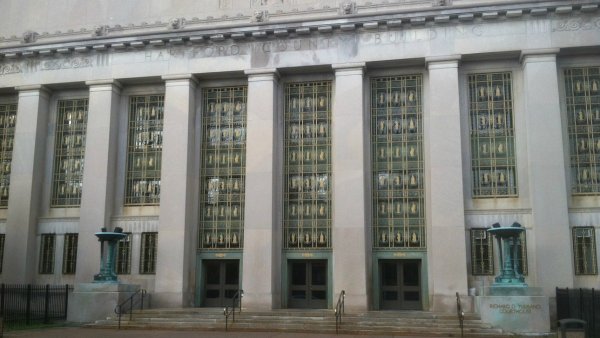 In all, 9 patients were treated at Stamford Hospital and the other five were taken to Greenwich Hospital.