Two women were arrested at Bradley Airport Sunday after causing a disturbance on a flight, according to state police.

Troopers responded to meet an arriving JetBlue flight from Florida around 12:30 p.m. after receiving a complaint from the flight's captain about some sort of fight on board.

Police said the two women, who were traveling together, began yelling and cursing at two children, ages 2 and 4, after the children kicked and tapped the back of their seats.

Their actions frightened the children and their parents and made other passengers nervous, according to police. 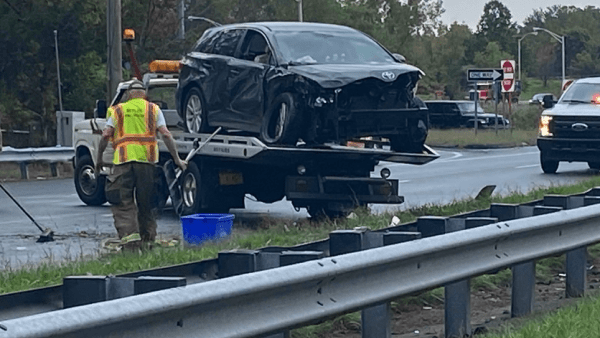 When the plane landed, state police arrested 23-year-old Desiree Goffe and 21-year-old Kaylene Valentin. Both are charged with risk of injury to a child and second-degree breach of peace.

Goffe and Valentin were released on $5,000 bond and are scheduled to be in court on September 28.