‘A Perfect Storm for Anybody Struggling:' CT Saw 1,374 Deadly Drug Overdoses in 2020

While there has been so much focus on the COVID-19 pandemic over the last year or so, 2020 quietly became a record-breaking year for accidental drug intoxication deaths in Connecticut. Medical experts - as well as those who have been touched by tragedy - believe the problem is continuing to worsen in 2021.

NBC Connecticut Investigates has created interactive maps, charts and graphs to break down Connecticut’s 2020 accidental drug overdoses by age, race, gender, which drug was used and how many deadly overdoses occurred in each city or town.

“Until it’s on your doorstep, it’s not something that they’re talking about,” Kristen Deitz said of the increasing problem of drug overdoses over the last several months. Deitz lost her son, Drew, to an accidental drug intoxication in 2020.

Deitz said that creating music used to be the healthiest outlet for Drew.

“Sometimes I can’t listen to his music at all,” said Deitz. “Every single part of those songs is him, from inception, writing, placing the music, putting it all together.” That music is how this Deitz now remembers her son’s life.

On March 17, 2020, just as the world was shutting down and the COVID-19 crisis was quickly taking hold in Connecticut, Dietz had trouble getting in contact with her son, who was living in an apartment in New Haven at the time.

“At 1:42 I tried to call him because I haven’t heard from this kid all day,” Deitz said, recalling that afternoon. “He didn’t answer the phone, so in my head I’m like ‘Could he still be sleeping? No.’” At 3:55 p.m., Deitz said she received a telephone call from Drew’s roommate.

“She was screaming ‘Drew’s dead,’” Deitz said. “That’s what I answered the phone to hearing… just screaming it.”

Drew, who had struggled with depression and substance abuse in the past, had just passed away at the age of 25 from an accidental drug intoxication. Deitz rushed to Drew’s apartment and demanded police let her in to his bedroom to see her son.

“He was lying in his bed in a position I had seen him sleeping in his entire life,” Deitz said. “He was beautiful.”

According to Deitz and to records from Connecticut’s Office of the Chief Medical Examiner (OCME) Drew had fentanyl in his system. The official cause of death was classified as “Acute Intoxication Due To The Combined Effects Of Fentanyl, Alprazolam, And Escitalopram,” according to the OCME data that Deitz confirmed referred to her son. The manner of death was ruled as accidental.

Part of the mission of the OCME is to track drug intoxication deaths statewide. Connecticut has been seeing increasing numbers of deaths largely involving illicit fentanyl, according to Chief Medical Examiner, Dr. James Gill.

“Because of fentanyl’s potency, it is very easy to overdose if the drug packet has just a tiny bit more fentanyl than usual,” Dr. Gill said. Illegally made fentanyl is quickly replacing heroin as the most common opioid leading to so many deaths in our state, Gill said.

“Every year since 2013, they’ve pretty much increased and I think this year, we’ve seen about a 14% increase,” Dr. Gill said of accidental drug intoxication deaths.

“Fentanyl is the dominant drug that we’re seeing. About 85% of those accidental drug intoxication deaths have fentanyl in their system. So, fentanyl is really the major problem,” said Dr. Gill.

While much of the world’s attention was on the coronavirus pandemic in 2020, the upward trend of accidental drug intoxication deaths just kept going. In just that one year – in just this one state – there were 1,374 deaths, according to the OCME. It marked a new and devastating record.

“It’s blown up during the pandemic,” said Deitz. “It got so much worse due to all of the fear induced by what was going on.”

Deitz said the day before Drew died, the restaurant where he worked as a chef had shut down and that Drew was forced to call off a trip with a friend to Nashville, Tennessee. Fear of the virus, financial concerns and sudden isolation, Deitz said, drove Drew – and likely many others – into a very dark place.

“It was a perfect storm for anybody struggling,” said Deitz. The mistake that led to Drew’s death should not define his life or any of the many lives lost like this last year, she said.

“Somebody you know is writing ‘Rest in Peace’ or ‘I’m so sorry’ to somebody they know,” said Deitz. “There’s way less than six degrees of separation with this.”

According to the CDC, pharmaceutical fentanyl is a synthetic opioid that is approved for treating severe pain, typically advanced cancer pain, and that it can be 50 to 100 times more potent than morphine.

It is prescribed by a doctor in the form of transdermal patches or lozenges, but it can also be misused and abused. Some people use fentanyl illegally by extracting the fentanyl from the patch and then injecting it.

Fentanyl is often mixed with other drugs, such as heroin, cocaine, methamphetamine, and MDMA - with or without the user’s knowledge -to increase its euphoric effects, according to the CDC. Doctors warn that there is no safe level of drug use and there are severe risks with fentanyl, in particular.

Fentanyl affects everyone differently, based on their size, weight and health, whether that person has taken fentanyl before or if they are taking other drugs at the same time, according to the CDC. The strength of fentanyl varies as well. A dose that is too high can cause chest pain, slowed breathing, seizure, passing out, coma and death.

Officials with the National Institutes of Health report that illegally used fentanyl most often associated with recent overdoses is made in laboratories and is sold illegally as a powder, dropped onto blotter paper, put in eye droppers and nasal sprays, or made into pills that look like other prescription opioids.

The U.S. Substance Abuse and Mental Health Services Administration (SAMHSA) has established a free, confidential information service (in English or Spanish), open 24 hours/365 days, for individuals and family members facing mental health or substance use disorders. If you or anyone you know is struggling with mental health or substance abuse, you can call the number 1-800-622-HELP (4357).
Connecticut State Department of Mental Health and Addiction Services also has an Action Line for adults in distress who are 18 years of age or older. That number is 1-800-HOPE-135 (1-800-467-3135). Assistance and resources can also be found by calling 2-1-1.

To view this chart in full screen format, click here. 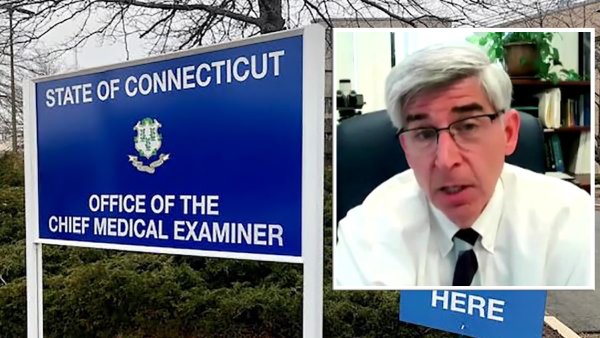 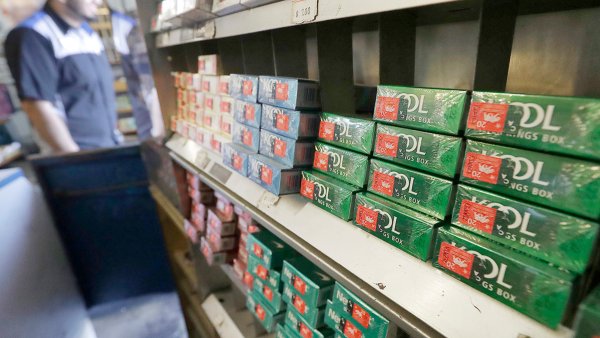