A serial killer who buried the remains of seven victims in the woods behind a New Britain strip mall will be sentenced next week and a local author has written a new true crime book about the case.

Authorities found the remains between 2007 and 2015 and linked William Devin Howell, a former drifter, to the slayings.

Anne Howard, a Torrington-based attorney and author, met with Howell, spoke with him on the phone and exchanged letters with him. His confessions are included in Howard’s book, “His Garden, The True Story of a Serial Killer.” 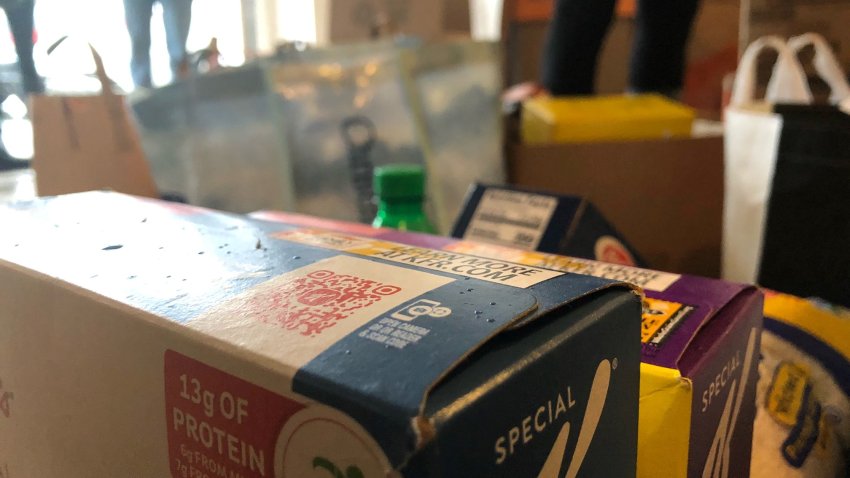 For the first time, she shared the chilling phone calls she had with Howell.

“I want to first apologize to my victim's families for the grief and pain I have caused them. I hear the pain in their sobs at every court appearance and I am truly sorry that I am the cause of that pain,"

Howell confessed to killing seven people and raping some of the victims in the back of his van.

“I pleaded guilty to spare the victims' families further pain and torment that would've been brought about by a lengthy trial. My guilty plea also saves the taxpayers of the state nearly a million dollars in anticipated trial costs,” Howell told Howard in the same recorded call.

“He wanted it to be done. He wanted to fess up and just have this nightmare resolved,” Howard told NBC Connecticut.

“My case contains an ounce of truth bolstered by a pound of lies, but at the end of the day I feel that the ounce of truth alone would have been enough to convict me,” Howell told Howard.

“From January to October 2003, seven individuals in and around New Britain, Connecticut went missing, all of their bodies were subsequently found in close proximity to one another in a wooded lot behind a suburban strip mall. The mall could not have appeared more ordinary in location/style, and yet, for many years as patrons ate at Subway, paid to have their car mufflers fixed, or their hair cut purchased their beer, or poked around Daddy’s Junky Music store, the bones of the victims lay rotting on the swampy earth just a few hundred yards away."

Howard, an attorney, doesn't represent Howell and said she wants to delve into the question of good and evil.

“It’s not about trying to write this in any kind of way that's salacious or inappropriate. I want to get into the mindset of what causes someone to do this and become a monster," she said.

Another theme is drug addiction, according to Howard, and she hopes her work might also serve as a cautionary tale.

“This man had a sexual addiction and he was trying at an early age to numb himself from very real psychological pain he was going through and his addiction served as a source of escape, it evolved into a sadistic sexual addiction that gave him an outlet for his rage,” Howard said.

Howard first reached out to Howell by letter in July 2015 and their conversations haven't stopped.

“He's telling me everything I want to know and sometimes, frankly, it's almost too much for me to hear. And that’s another issue that I struggle with, is the emotional fallout of all of this. The first time on the phone after the guilty plea when he went through details of the first murder, I hung up the phone after that hour and I felt like someone kicked me in the gut,” Howard said.

Many of the conversations they had are in the book.

“The monster stirred inside him, most times he could tame it, keep it hidden, silence its screams, but tonight the beast demanded release. Living in his van saved him a lot of money and would also permit him to return to the warmer climate of Virginia or North Carolina on a seasonal basis. Needless to say it was also a convenient getaway vehicle if he got in further trouble with the law or if Virginia authorities caught up with him. Sadly the van in question would also be the place where six women and one man took their last breath,” Howard wrote in part of her transcript she shared with the Troubleshooters.

“I see him as a human being, with a monster inside of him. I see him as a mentally deeply troubled human being and I write in the book there are times when I felt compassion for him," Howard said.

Howard, who is a mother, has sympathy for the victims and said the pain is something the victims' families will never escape.

Years of trust in Howard led Howell to open up about his childhood, a drinking problem and subsequent crimes and eventually the deaths of his unsuspecting victims.

His reasons for the killings remain unclear.

“What he has admitted to me is that he has a strong disdain for drug-addicted prostitutes. He has a long history of soliciting prostitutes, thousands over the years, and in those interactions sometimes he might have been robbed. So, he is (in?) many ways had the view they were not as worthy as ordinary law-abiding citizens,” Howard said.

“He doesn't quite get the suffering that his victims endured before he finally strangled each one," Howard stated.

As she writes, Howard is trying to keep the victims’ families in mind. Some families have reached out for details, others have not, she said.

Howell will be sentenced next week.

“He’s dreading the sentencing hearing on November 17th because he doesn’t want to hear what the victims’ families are obviously going to say, because he feels so awful about it. He’s mostly remorseful for what he put the families through, he feels very ashamed, “ Howard said .

She hopes to publish her book in a couple months.

NBC Connecticut has reached out to several of the victims’ families and we have not heard back.