Connecticut's largest teachers' union is recommending postponing the start of school for two weeks and expanding remote learning for some school districts.

The Connecticut Education Association (CEA) released an updated set of recommendations for returning to school on Monday.

The organization cited decisions by both Massachusetts and Rhode Island to push back the start of classes for two weeks. 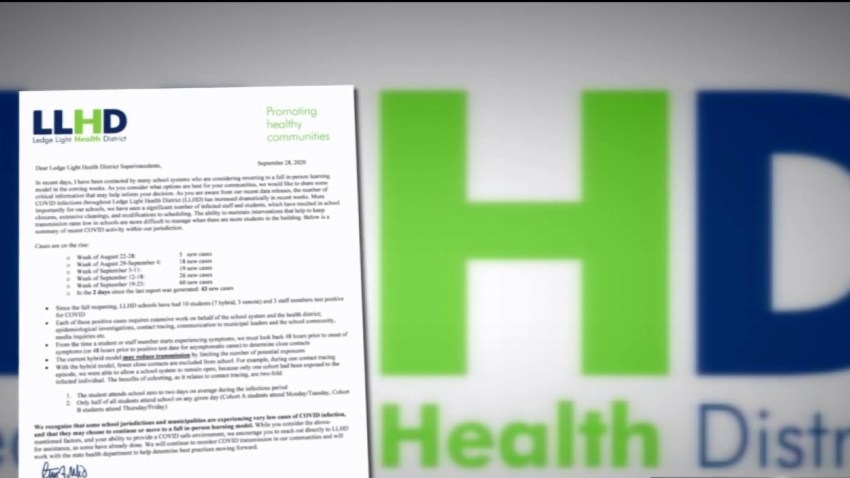 coronavirus in connecticut 6 hours ago

back to school 10 hours ago

Connecticut to Use Rapid COVID-19 Tests in Schools

The CEA said starting school in August with higher temperatures and with many schools without air conditioning could make it more difficult to enforce wearing face masks for long periods of time through the school day.

Pushing back the beginning of the school year would also allow districts to enhance their distance learning plans, according to the CEA.

“We’re not saying no at all to any sort of in-person learning. What we’re saying right now is we just need some more time, we need to make sure that distance learning can be done as best as we can do it,” said CEA President Jeff Leake.

The CEA would like the state to modify its policy for districts considering all remote learning to start the school year.

Currently, the state allows school districts in areas with a moderate or high COVID-19 infection rate to chose to begin the year with all-remote learning without a review by the Connecticut Department of Education. School districts not in areas with a high infection rate can still go with an all-remote learning plan if they submit a justification to the Department of Education.

In its latest release, the CEA is asking the state to recommend schools in areas with moderate or high infection rates to begin using an all-remote learning model.

The union wants a state mandate to allow at-risk teachers to teach from a remote location, even if their students are in class. A proctor would be assigned to those classrooms under the CEA's plan. Currently, some districts are not making arrangements for high-risk teachers to allow for remote teaching, according to the CEA.

Similar accommodations would be needed for teachers living with high-risk family members, or for teachers who become subject to a quarantine order after coming in contact with someone with COVID-19, the union said.

“Some teachers can’t be in school," said Mark Janick, a math teacher at Suffield High School. “They have to choose between going in the school and keeping a paycheck or possibly getting sick and dying, that’s the reality for a lot of teachers."

Rob Blanchard, a spokesperson for Gov. Ned Lamont, released a statement in response to the CEA's new recommendations:

“After schools closed last spring, 176,000 Connecticut students did not log on for a single day of distanced learning. Ensuring we do not have a lost year of education, the Lamont administration collaborated with public health and medical experts, educators, and local school administration leaders to protect the health and safety of everyone who makes contact with our school system,” Blanchard said.

The union thinks they can do better than last school year.

The new recommendations are in addition to an initial plan released by the union in July.

coronavirus in connecticutback to school
0