The beheaded statue of Christopher Columbus in Boston's North End was removed Thursday morning and now the entire statue is going to be put in storage amid rising calls for an end to racism nationwide.

The vandalism occurred at some point overnight Wednesday. A call was received by the Boston Police Department around 12:30 a.m.

The head was found near the rest of the still-standing structure.

It's not the first time that this statue has been targeted. The head of the statue was similarly removed in 2006, while in 2015, the statue was splattered in red paint, and the words "Black Lives Matter" were spray painted on it.

Many people view Columbus monuments as racist, given his history of slavery and violence towards Native Americans.

It's not the first time this particular statue has been vandalized, and it's become part of a nationwide trend against statues of Christopher Columbus.

Boston Mayor Marty Walsh said Wednesday that the statue will be put in storage and the damage will be assessed. City officials will also "take time to assess the historic meaning of this statue."

In the aftermath of the violent death of George Floyd at the hands of a Minneapolis police officer, cities in other states have also seen Columbus statues vandalized. In Richmond, Virginia, a statue was torn down, spray painted, set on fire and tossed in a lake.

Last Columbus Day in Providence, a Columbus statue was painted red with a sign placed under it reading "stop celebrating genocide." 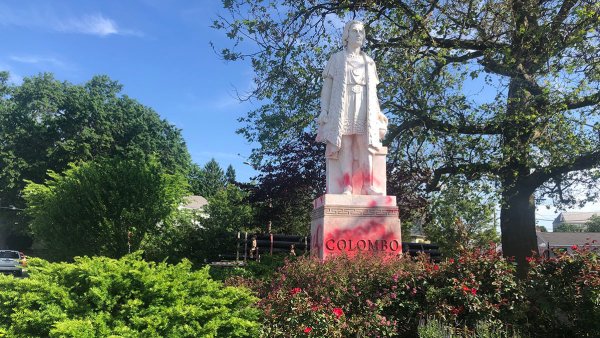 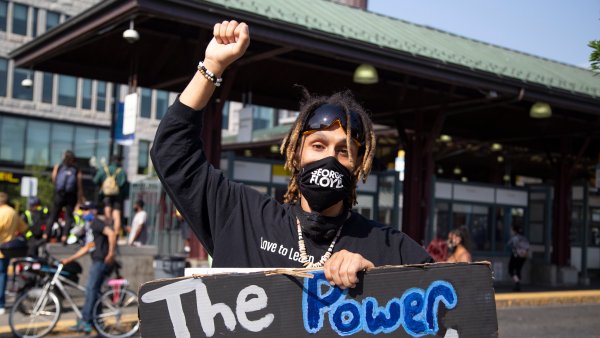