Students are battling with a Connecticut university over complaints that the school has been painting over student murals with no notice.

Central Connecticut State University (CCSU) has built up one of the largest mural collections in the country since the program started in 2001. But Professor Mike Alewitz, who oversees CCSU’s mural painting program, said that collection is at risk.

The school has painted over six of the murals without notice and plans to do the same with another 12, Alewitz said Richard Bachoo, director of operations, confirmed. He said he hopes an appeal to the university and community support will protect the remaining murals.

“It made them feel part of the larger world, that they weren't looking at blank walls inside an institution, but they were looking at the hopes and dreams of young people,” Alewitz said. “We found out that 18 murals were scheduled to be destroyed.”

CCSU told NBC Connecticut Thursday night that it's looking to make improvements to the Copernicus Hall building, and painting over the murals there is part of the plan.

Many students are outraged and turned to NBC Connecticut.

“I was just baffled. Don't know why -- there's no reason behind it,” student Damian Ostrowski said. 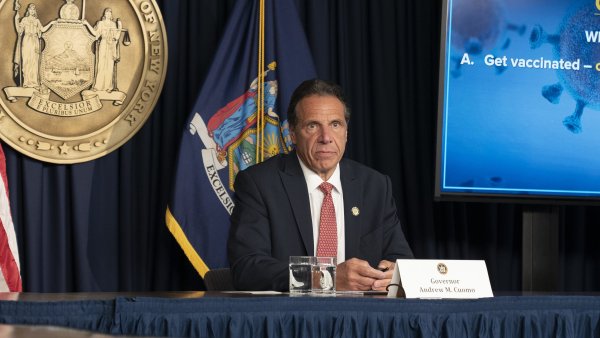 But CCSU policy says that murals are not intended to be permanent. The university distributed its mural policy, which says that murals will remain in place for one semester unless an extension is granted. The policy has been in place “for a number of years” and hasn’t been edited since the complaints, according to the university. The Art Department is expected to keep records of the murals and their completion dates, CCSU said.

“In the event that the mural will be in place for longer than one semester, the Facilities Planning Committee will review the requests on a case-by-case basis,” the existing policy states.

Alewitz disagrees with the university.

"Aside from the censorship of two controversial pieces, there seems to be no logic to the selection of these particular artworks for removal," Alewitz said in a news release Friday.

He says in the 14 years the mural program has existed, the policy has never been implemented in this way. Alewitz said in a statement that this is "the largest destruction of public art in recent history." While administrators have removed murals in the past, they normally consult with the art department first, he said.

"The real policy has been that people love the murals, so when they've been painted, they've stayed up,” Alewitz said.

"This is a crime against not just the artist but the entire community and the state, so I want them to stop it,” he said.

You can view more of the murals online by clicking on the link provided.