The tornado that hit Oxford on May 15, 2018 came at the worst time, during the evening rush hour, and the emotional impact lingers long after the damage has been cleaned up.

Tina Pearson was driving when the storm struck and feared she would not make it home as a tree fell in front of her.

“I was about five minutes from my house on Bowers Hill Road and the sky just went pitch black,” she said. “Everything started flying and, all of a sudden, a tree came down, inches from my car. I had to slam on the brakes. I was scared, thinking I wasn’t making it home. That was it.” 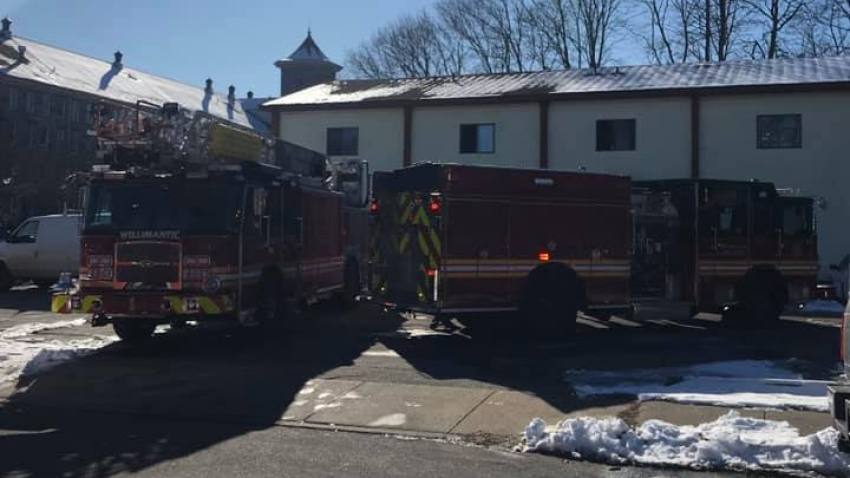 Firefighters Respond to Fire at Apartment Building in Willimantic

When she finally did get home, Pearson hugged and kissed her children.

“And they said, ‘Oh Mommy’s not trapped anymore,’” she said.

The tornado, which lasted mere minutes, left so much damage in Oxford that it took months to clean up.

“It looked like a bomb hit here,” George Temple, First Selectman, of Oxford, said. “The next day was overwhelming.”

Roads all over town were closed.

“And it’s not like a snowstorm where it’s easy to clean up. We needed chainsaws and we needed help,” Temple said.

Help did come forward in droves as first responders and residents, including the Oxford High School football team, pitched in to assist neighbors.

“We have so many things that our community has provided us. We have beautiful fields. We have great uniforms. We have, you know, great support from our community so this was an opportunity for us to come out and lend a hand and give back,” Joe Stochmal, Oxford High School’s football coach, said.

Like the team would do at football practice, they got together, made a game plan, set their routes and started passing branches instead of footballs.

“We went out and we attacked it and we got the job done and we finished up back at the high school,” Stochmal said.

All the downed trees and branches are collected in a massive pile in Oxford and a third party will come in to remove it once the town receives final approval from FEMA.

For Oxford residents, that pile is a reminder of a community coming together to help neighbors.

Stochmal said that it’s a reminder that when you give a little, you get a lot more in return.

While the physical reminders of the terrifying day are gone, the emotional impact remains.

“All of the storms after were a little bit traumatic as well because every time I was coming home from work it was the same time, same spot, so a little bit of PTSD,” Pearson said.

She said thunder and lightning storms also make her children nervous and they wonder if they need to hunker down in the basement.

“Little unsettling because we can’t do anything for them,” she said.

In the event of a tornado warning, you should take shelter in basement or small interior ground floor room and stay away from windows and doors.