Connecticut Keeping up With the Demand for COVID Vaccine, For Now

President-elect Joe Biden said at the current pace, it could take years, not months to get everyone in the country vaccinated against COVID-19.

The federal government's Operation Warp Speed is expected to fall several million doses short of the 20 million it promised to distribute by the end of the year.

"Even if we boost the speed of vaccinations to one million shots a day it will still take months to have the majority of the United States population vaccinated,” Biden said on Tuesday. 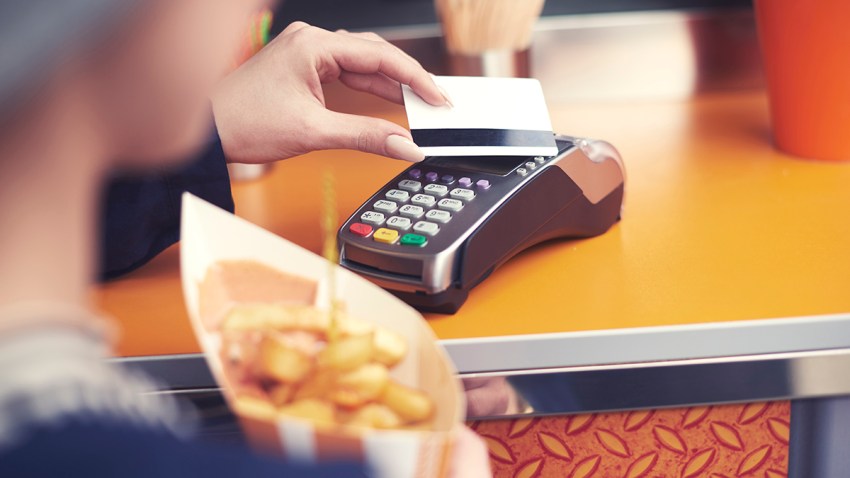 Dunkin' Donuts Park to Be Used as COVID-19 Vaccination Site

However, Connecticut’s governor said on Wednesday that the state is bucking national trends.  Gov. Ned Lamont pointed out that Connecticut’s vaccination rate is one of the highest in the country.

Just under 55,000 doses of the COVID-19 vaccine have been administered so far in the state, keeping Connecticut on track to vaccinate everyone in phase 1a (front line health care workers, nursing home residents, and first responders) who wants to roll up their sleeve, by the end of January.

“What that means in terms of hospital capacity right here at our local state level is really important,” he said during what is expected to be his last news conference of the year updating the public on COVID-19 in the state.  “ What that means in terms of having nurses and docs available to take care of folks that get sick right here in Connecticut is really important.”

While surrounding states have struggled to get the COVID vaccine distributed, according to the governor’s administration, Connecticut has so far been insulated from the problem, and hit the ground running as soon as it landed in our state, ranking first in New England.

“We have not seen interruptions or challenges with the delivery of the vaccine to Connecticut,” said Dr. Deidre Gifford, Connecticut’s acting public health commissioner.

However, as more people become eligible for the vaccine in later phases, the need will grow.  State officials are urging the feds to free up more doses of the drugs and are hopeful additional vaccines will be approved and ready for distribution by spring.

“We’ve been told at the current moment to expect about 50,000 doses a week.  You do the math on that and it will take far too long,” said the Lamont Administration’s Chief Operating Officer Josh Geballe.

At that rate, it could take two years and eight months to get Connecticut’s 3.5 million people vaccinated with the double dose of the vaccines currently on the market. Another vaccine nearing approval (Johnson & Johnson) will not require two doses.

Still, state officials say there’s no question the amount of vaccine coming into Connecticut needs to increase in the new year.

“We’re already at the point where we have more administration capacity in Connecticut than vaccine coming into the state.  So, we need more coming in,” said Geballe.

The president-elect’s ambitious plan is to distribute 100 million doses within his first 100 days in office could be a real shot in the arm for Connecticut as it looks to expand the groups of people eligible for the vaccine.

“This is a daunting task.  This is really a herculean task, to roll out a new vaccine and to do it quickly and efficiently,” said Dr. Albert Ko, chair of the Yale School of Medicine’s Epidemiology Department.

Ko, one of the state’s leading health experts, said Connecticut is staying on pace and expressed optimism that additional vaccine approvals and distribution under the new administration would help the state continue to take the lead in the fight against Covid-19.

“This has enormous potential impact if we vaccinate our population quickly,” said Ko.

Next week, the state’s vaccine advisory board is expected to release recommendations on who should get the vaccine next.  Based on CDC guidelines, the vaccine is projected to become available to front line essential workers who interface with the public like grocery store and mass transit employees as well as people over the age of 75, at the end of January.

When Could I Get the Vaccine?

Answer the questions to calculate your risk profile and see where you fall in your county's and state's vaccine lineup. This estimate is based on a combination of vaccine rollout recommendations from the CDC and the National Academies of Sciences, Engineering, and Medicine.

For a more detailed breakdown of who is included in each priority group, see this methodology.
Source: the Vaccine Allocation Planner for COVID-19 by Ariadne Labs and the Surgo Foundation
Interactive by Amy O’Kruk/NBC