The predators have been spotted in every city and town in the state.

After nearly being hunted to extinction in Connecticut, bobcats are making a big comeback.

Legally protected from hunting and trapping since 1972, Connecticut’s Department of Energy and Environmental Protection now estimates the statewide bobcat population has grown to almost 1,500 across all eight counties.

“We have sightings of bobcats in every town in the state,” said Jason Hawley, a wildlife biologist with Connecticut DEEP and head of the state’s bobcat project. “Fifteen years ago, our population was focused in the northwest part of the state, but over that ten to fifteen year period the population has really geographically expanded.”

Unlike other areas of the country where wolves and mountain lions reign supreme, the bobcat has no natural predator here.

According to the DEEP, in 1825, only a quarter of Connecticut was forested due to deforestation from agricultural activities and other uses of timber. Today, nearly 60-percent of Connecticut is covered in forest.

But if you thought bobcats only lived in rural, wooded areas – think again. 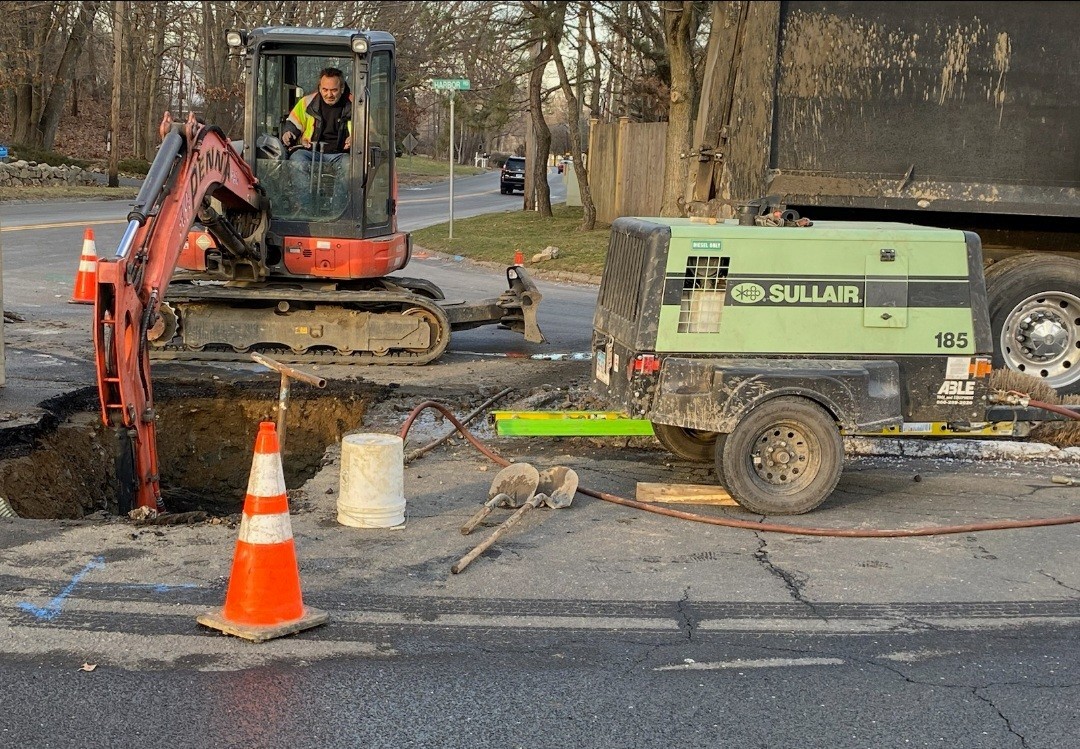 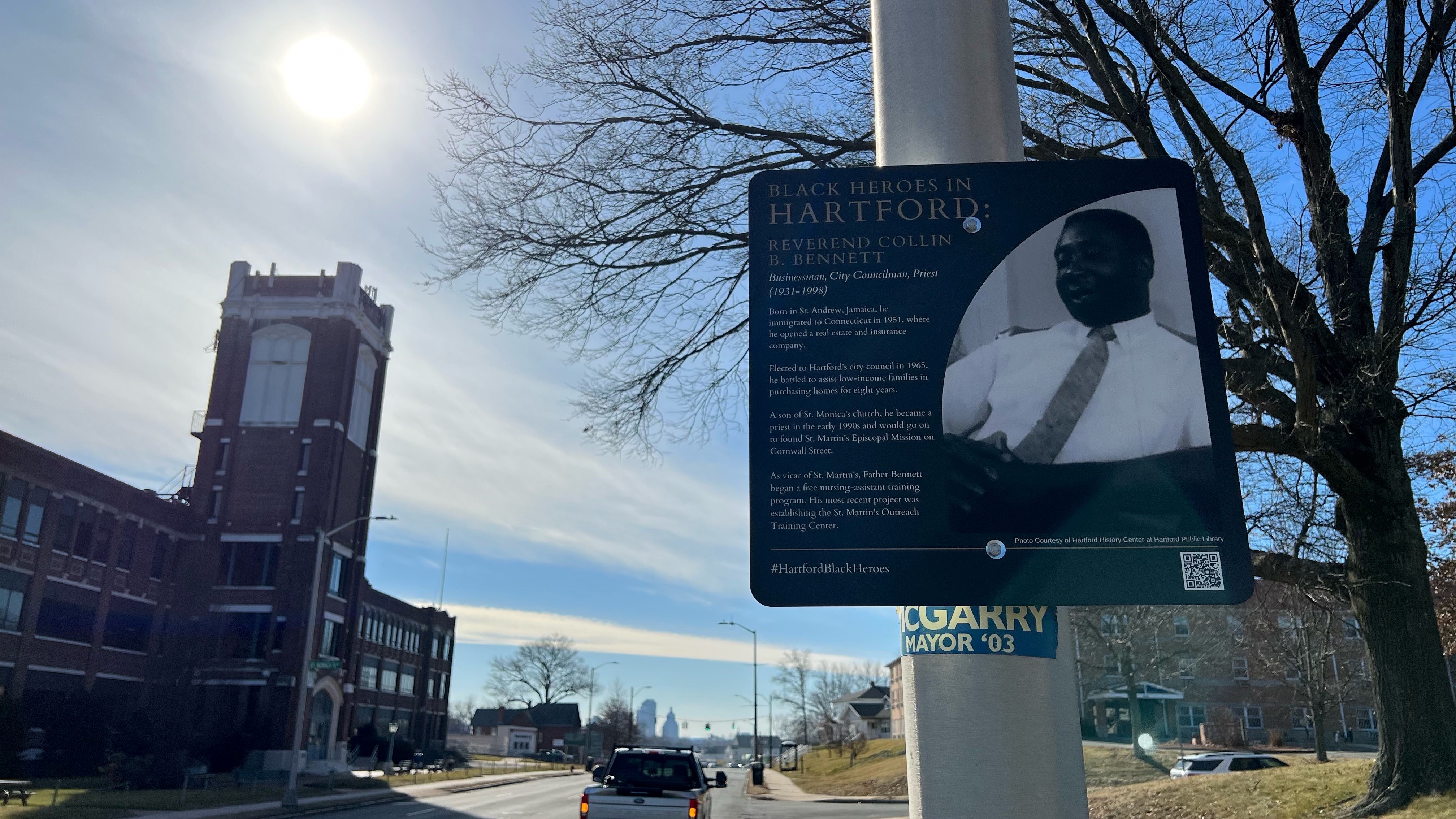 Hawley and his team are wrapping up a 2-year statewide bobcat study that involved collaring over a hundred bobcats.

The specially-fitted GPS collars were programmed to drop off automatically after 300 days, and the team is in the process of retrieving the last of those dropped collars now through January.

The data already collected through the 300 days of collar “pings” every four hours is revealing something remarkable: these wild cats are far more adaptable than previously thought.

“They live in areas where you would never think they could,” Hawley said. “In fact, most people that live in Bridgeport would probably be very surprised to know that there’s wild animals, an apex predator, living in their city.”

She and her kittens occasionally venture into parts of Bloomfield and West Hartford before returning to Hartford.

“Most people that live here probably have no idea that she’s there,” Hawley said, his finger tracing yellow dots representing her collar pings.

The data shows the cat sticks close to the tree line when venturing into residential areas, and hunts along a nearby river.

Other “city cats” tracked have even been found to use culverts and other aqueducts to traverse cityscapes.

This kind of insight could potentially be used in future city planning and preservation efforts to protect the landscape features that are important to wildlife, according to Hawley.

“The knowledge that we’re gaining from this study is really going to benefit the population and the conservation of the species in Connecticut and across North America,” he said.

To get an up-close look at this apex predator, NBC Connecticut’s Heidi Voight joined Hawley and his team on a trapping mission in Burlington, hoping to lure in a particular bobcat whose GPS collar hadn’t dropped off as scheduled.

Much like an airplane’s black box, the collar itself contains a wealth of stored data including complete location history, activity and temperature sensors, and other information.

Occasionally, they can malfunction and not drop off as scheduled, and so DEEP will need to re-trap a cat to retrieve a collar, according to Hawley.

But instead, a check of the traps revealed a feisty male bobcat never before tagged or collared.

The 2-year-old was drugged and examined.

Weighing in around 24 pounds, teeth gleaming, this was one healthy bobcat.

Hawley used a hole-punching tool to simultaneously collect a DNA sample and apply small yellow ear tags to the animal, now known as #177.

After allowing it to recover fully from sedation while crated, the team released the cat back into the woods.

A slow-motion view as researchers release a bobcat back into the wild.

An Apex Predator - Lured in by a Cat Toy

Ranging up to 40 pounds for the largest males, the bobcat can be a ferocious predator, capable of taking down a white-tailed deer three to four times its own body weight.

Yet when trapping, Hawley and team use an amusingly simple object to lure in a bobcat – an oversized cat toy.

Feathers, shiny ribbons and tinsel all serve to attract the big cat’s attention, and an enticing road-killed squirrel hanging inside the metal cage trap seals the deal.

The inability to resist a shiny cat toy isn’t the only trait these wild cats share with their domesticated cousins.

Much like a spoiled house cat, healthy bobcats have little interest in humans, Hawley said.

“Just because they’re not afraid of you doesn’t mean they’re going to be bold or try to attack you,” Hawley said. “Living in a state like Connecticut, most wild animals everywhere they go they’re encountering people, so it really doesn’t make sense for them to be terrified of people. There are extreme outlier cases where bobcats do contract the rabies virus but that’s very rare, and usually, there are obvious signs in behavior and appearance before an attack.”

Instead, he says the bobcat population growth is a good thing.

If you have photos or videos of your backyard bobcats, send them to shareit@nbcconnecticut.com