Jessica Rekos, 6, was killed in the December mass shooting.

Firefighters and volunteers will continue today to use shovels, hammers and nails to spread joy in response to the tragedy at Sandy Hook Elementary School, as they break ground on a Connecticut playground honoring one of the 26 victims of the December mass shooting.

The playground under construction at Penfield Beach in Fairfield, Conn., is designed in memory of Jessica Rekos, a 6-year-old Newtown girl killed in the massacre. The playground will reflect the little girl's favorite colors, pink and teal, and her love of horses and Orca whales.  Jessica's mother, Krista, was a graduate of Fairfield University and has close ties to the community.

Fairfield firefighters and local volunteers are partnering with “The Sandy Ground: Where Angels Play' Project,” the New Jersey State Firefighters Mutual Benevolent Association's effort to build 26 playgrounds in coastal communities damaged by Superstorm Sandy. All the sites will also honor the 26 victims of the Sandy Hook Elementary School tragedy.

Craig Lehmann, Jessica's uncle, traveled from Tampa, Fla., to be on hand as his niece is honored.

"There'll be horses, actually a drawing Jessica made of a horse, orca whales -- so her personality will be throughout this project," he said.

Jessica, the oldest of the three Rekos children, was big sister to Travis and Shane. Both brothers are at the playground site today.

"(H)e's going to dig the first hole and he's going to boss us around, hopefully, and keep us working," Bill Lavin, of the New Jersey Firefighters Mutual Benevolent Association, said of Travis. 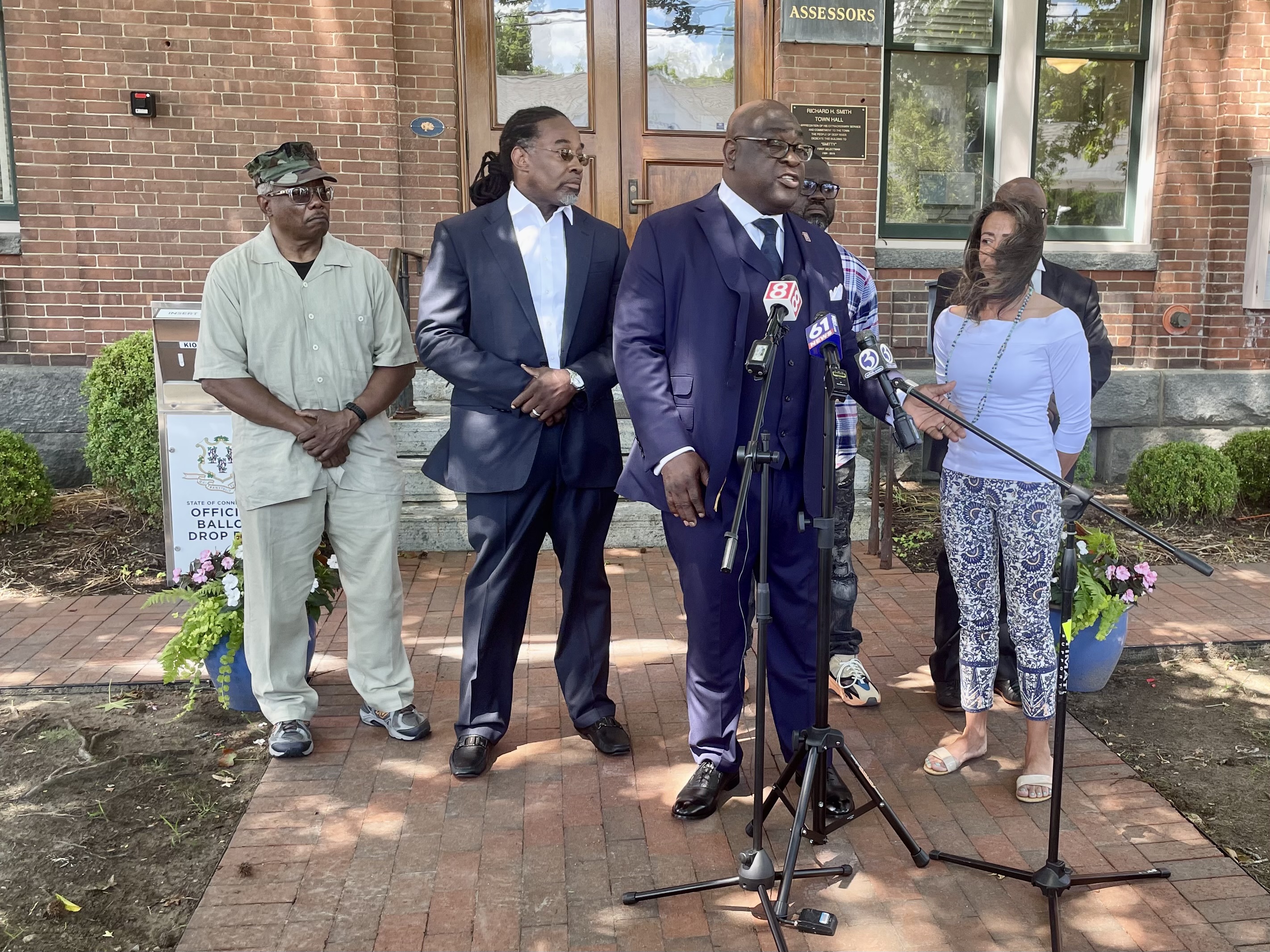 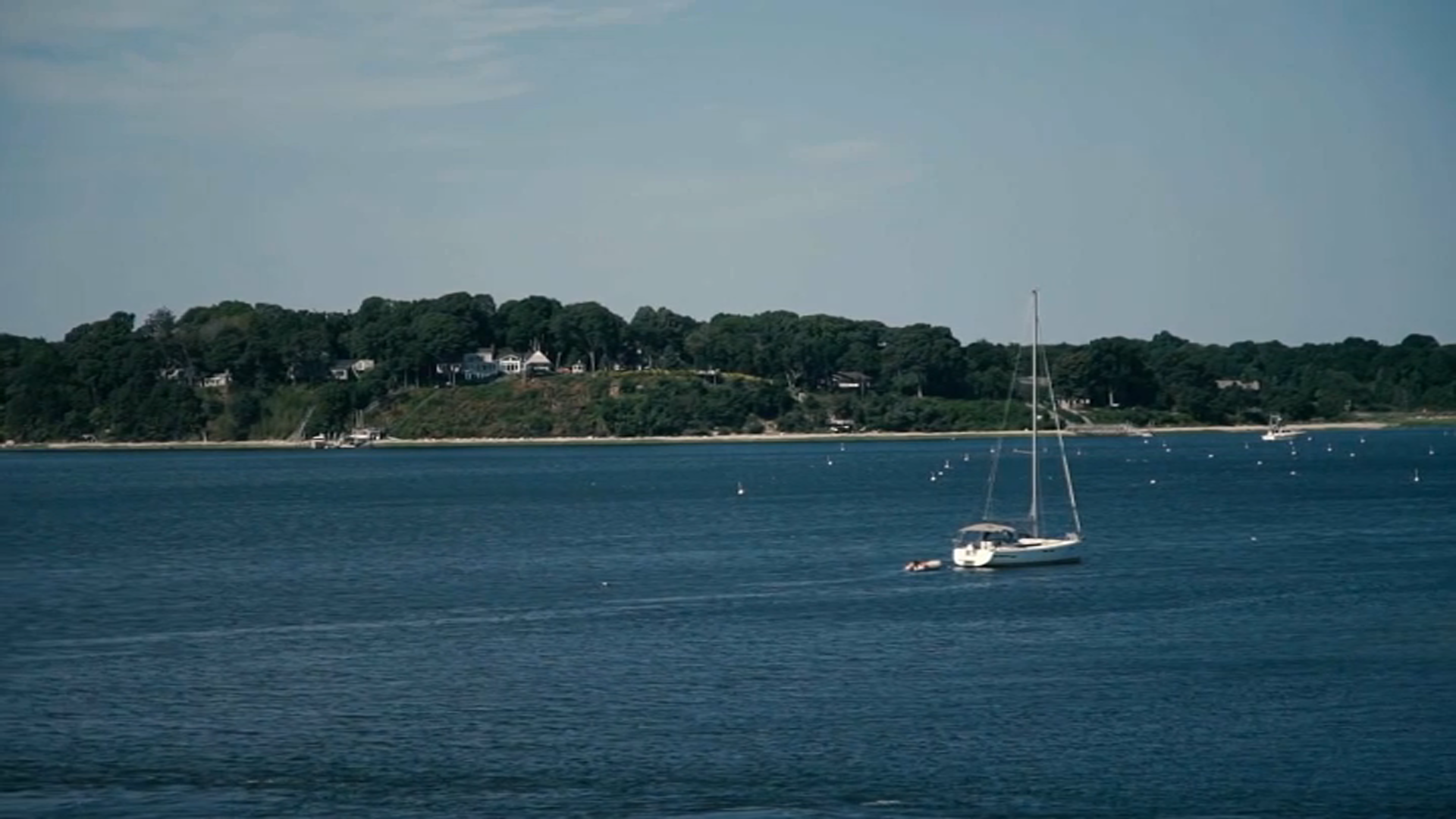 swim across the sound 15 mins ago

IAFF Local President Bob Smith said firefighters "jumped in with both feet to make this noble cause and worthy project a reality."

Lehmann said Jessica is watching down on the project.

"She can see what it's going to be and I can't wait to see the finished product, and I'm sure she can't wait too," Lehmann said.

Knowing that Jessica's playground will be around for generations to come gives him peace.

"They'll all think about her when they see this place and she'll never be forgotten," he said.

The Sandy Ground Project: Where Angels Play has built playgrounds in Westport, Ansonia and Stratford, Conn., as well as five locations in New Jersey. The first New York playground is scheduled for Rockaway later this month.

“This blessed project has inspired many and continues to provide hope to families of Newtown while serving as a symbol of recovery and rebirth to storm ravaged communities," Bill Lavin, president of the NJFMBA, said.

For more information or how to donate to the cause, visit the website at thesandygroundproject.org or call Marykate at 732-499-9250 or Fairfield Fire Fighters Association President Bob Smith at 203-366-7055.

A grand opening ribbon cutting ceremony for the Fairfield playground is scheduled for 6 p.m. on September 14.