A woman had to fight to keep a black bear out of her car on Tuesday according to Animal Control in Narragansett, Rhode Island. It's the second time in as many days that a bear has been spotted in Narragansett.

Photos of the close encounter were posted on Narragansett, Rhode Island Animal Control’s Facebook Page. The post said the bear opened the car door and the woman then had to fight to shut it from inside.

Brenda McCloskey had just finished up some yard work and was getting into her Subaru when the bear decided to try and get into the driver's side door. Her lunch was inside.

"He opened the car door halfway and I was able to close it several times but I couldn’t lock it until it was completely closed so it was a tug of war for what seemed like an eternity,” McCloskey said.

She was uninjured. The bear eventually was scared off by police sirens.

"Oh he had both feet up on top of the roof of the car at one point when they got here he had one paw on the car and was biting at the door handle," McCloskey said.

The post online included a warning: “Yes, it's ‘cool’, but it is a bear, a wild animal. If sighted please secure yourself as quickly as possible!” 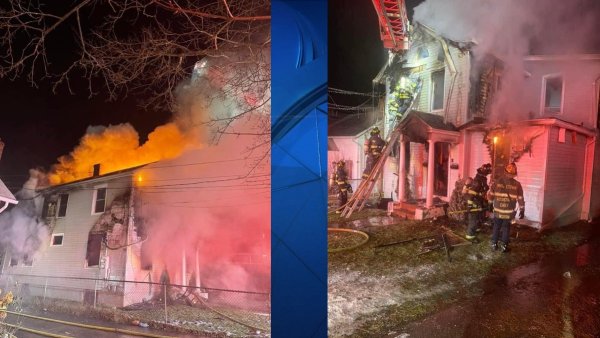 Officials said black bears can run up to 30 mph.

Narragansett is not the only Rhode Island town with bear appearances. Bears have been sighted in Johnston, North Kingstown, and Smithfield.