It’s a small amount of money in Gov. Ned Lamont’s budget, but it has a big impact on thousands of children across Connecticut who are currently receiving services.

“It’s really difficult to get diapers. I don’t think a lot of organizations realize that. I do go to pantries but you only get about eight diapers for the month. Where the diaper bank you get 50 a month,” Christina Rossetti of Manchester explained.

Rossetti is a widow raising four children. Her youngest is 15 months old and she discovered the Diaper Bank five months ago. 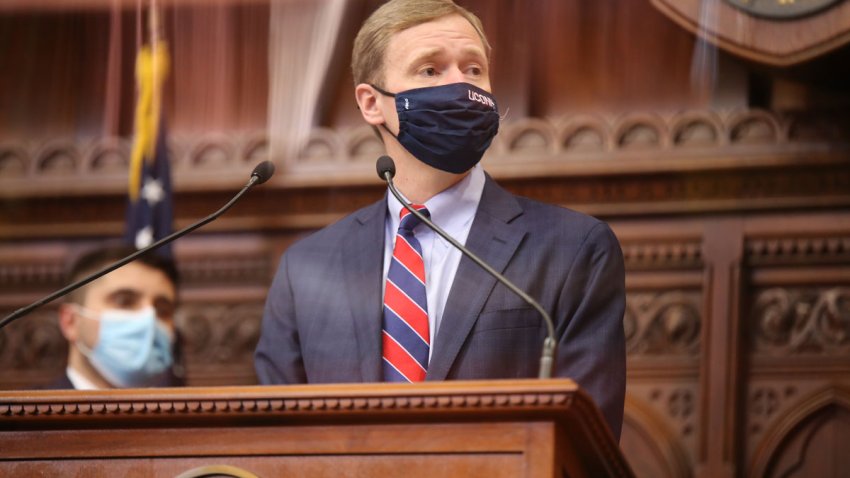 coronavirus in connecticut 57 mins ago

“You go there. There’s no judgment. They’re always so kind. It’s a wonderful organization,” Rossetti said.

Janet Alfano, executive director of the Diaper Bank, said the amount of money they got from the state last year was cut by $168,000 in Gov. Ned Lamont’s two-year $46 billion budget.

The Diaper Bank helps about 5,000 children per month

“This is not the time to be cutting funding for something that is so essential,” Alfano said.

Republican State Rep. William Petit is supportive of the Diaper Bank and would like to see the funding restored.

“The timing is not good. We’re obviously a year into this pandemic and if anything I would suspect based on what I read the need has increased,” Petit said.

A spokesman for Lamont said the decision was not made lightly.

“Historically, the Diaper Bank of Connecticut has been able to raise funds and form private partnerships and we are optimistic a modest reduction in this two year-old state subsidy will not materially affect the organization."

Petit, who is no longer a practicing doctor, said access to clean diapers can prevent urinary tract infections and unnecessary trips to the emergency room.

He said it’s “a huge stresser for mothers and families is the inability to afford diapers for their babies.”

Who uses the Diaper Bank?

The stress of not being able to provide for a child’s basic needs is overwhelming.

“It’s that recurring stresser every few hours that really makes you think like I can’t provide this basic item for my child. How does that make you feel as a parent?,” Alfano asked.

Rossetti said diapers are  “like a number one thing asides formula that parents are in need of.”