A high-ranking member of the Bloods street gang who shot a firefighter in a Staten Island home Friday died in a gunfight with police following a six-hour standoff during which an NYPD helicopter flew down to Delaware to retrieve the suspect's mother as part of negotiations, law enforcement officials said.

Garland Tyree, 38, was found dead in the home on Destiny Court in Mariners Harbor after a shootout at about 11:45 a.m., police said. Police officials said  that his death came sometime after he ascended the stairs from his girlfriend's basement apartment and opened fire with a fully automatic AK-47 assault rifle. Tactical police squads returned fire, but it wasn't entirely clear if Tyree was killed by officers' bullets or if he took his own life. 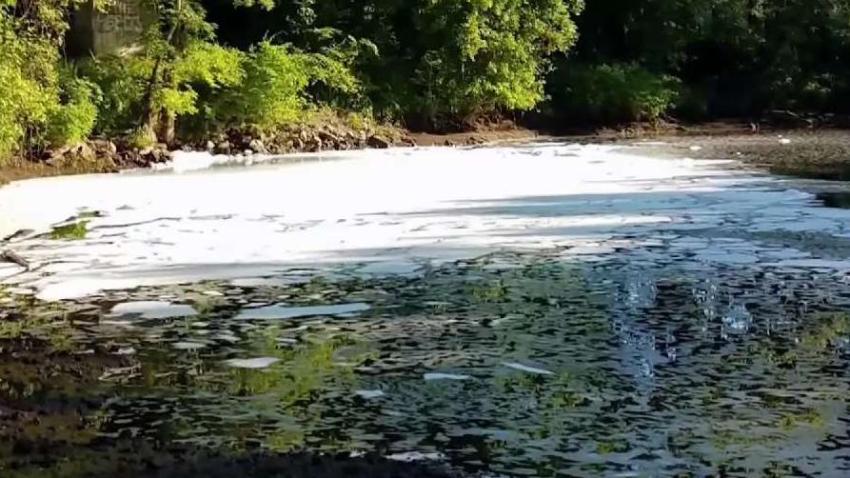 Tyree, a member of the Nine Trey Gangsters chapter of the Bloods, had been barricaded in the home since about 6 a.m., when he shot FDNY Lt. Jim Hayes, who had responded to the residence after U.S. Marshals tried to execute a parole violation warrant for the convicted felon.

Marshals had gone into the Tyree's basement apartment and found it full of smoke, so they called in the FDNY, police said. Hayes, a 31-year veteran with the force, went into the apartment to look for people inside and found Tyree hiding in the shower. That's when the man allegedly opened fire, hitting Hayes in the buttocks and ankle.

Fire Commissioner Daniel Nigro said that Hayes ran from the apartment and didn't realize that he had been shot until he was outside. Police then moved to set up a perimeter, and Tyree fired two more shots.

Heavily armed tactical teams and uniformed officers alike then swarmed the house, which was relatively quiet for more than 6 hours. They set up a line of communication with Tyree at about 7:40 a.m. and negotiators worked with the man.

Tyree told negotiators that he would only surrender if his mother were there, Lieutenant Jack Cambria, the chief hostage negotiator of the NYPD, said at a news conference Friday afternoon. Although she was in Delaware, police managed to race her up to Staten Island on an NYPD helicopter.

Tyree's mother was coached by police on what to say and joined his girlfriend and negotiators at the scene. The mother and son spoke and said they loved one another. Tyree then agreed to surrender, police said.

"I'm coming out, Mama," he said, according to Cambria.

As he was coming out of the apartment, Tyree fired numerous rounds at police, hitting police cars and a neighbor's house, according to Assistant Chief Harry Wedin. Police fired back, and Tyree was found dead behind the apartment. He was wearing a bulletproof vest, according to police.

A smoke bomb was recovered at the scene, Police Commissioner Bratton said at the news conference. Police also found three handguns, a number of magazines and the AK-47 that Tyree used to fire at officers.

"These were all in the hands of an individual who should not have them in the first place," Bratton said.

Tyree's mother, Roxanne Tyree, was visibly angry over her son's death when talking with reporters.

Roxanne Tyree said that her son wouldn't have knowingly shot a firefighter and that he was probably scared. She said that she had talked with him by phone from Delaware earlier in the morning when police were trying to serve the warrant and that she was able to calm him down.

She said she told him, "Whatever it is, we'll fight it. I told him I would bond him out. I told him me and his sisters, we need him."

Hours later, when she was leaving the police communications truck on Staten Island after talking with her son, she heard shots ring out.

"I hear pow, pow, pow. My son is dead," she said. "They flew me here from Delaware to watch them kill my son."

An attorney for Tyree declined comment to the Associated Press. But a lawyer who represented him on a 2004 federal weapons conviction for which he was sentenced to 10 years said Tyree was "a really smart young man who's never caught a break."

"He managed to turn everything good that came his way into something bad, which is what happens when you grow up in a crack-infested environment," Susan G. Kellman said.

Federal documents, however, portrayed Tyree -- who had been arrested 18 times and was out of federal prison on parole after previously violating another parole order -- as an influential member of the Nine Trey Gangsters with a violent history.

He pleaded guilty to weapon possession charges in connection with a 1995 murder and subsequently to two assaults while in custody — once slashing an inmate on a bus between court and the Rikers Island jail complex and another time slashing an inmate so badly he required 60 stitches.

A July 2013 letter from federal prosecutors maintains that even while on parole, he attended a 2012 meeting of gang members, used drugs and was paid dues by other gang members. In a court proceeding, Tyree denied he was still a Blood. A photo on what is thought to be his Facebook page, however, included a photo of him with a tattoo with the letters "NTG" above his eye.

Roxanne Tyree bristled when reporters asked about her son's gang involvement and blamed the criminal justice system, saying he was first placed in Rikers when he was 16 years old. Left to fend for himself among adult criminals, she said, he had to make a choice: get attacked by other inmates or "you join a gang that will protect you. That's how you survive."

Hayes meanwhile is recovering at a nearby hospital. Nigro said the man is "as comfortable as you can be" and is with his family. Nigro said Hayes, a 31-year FDNY veteran, is one of four brothers to join the force and is a Sept. 11 first responder.

"He's lucky that he will survive this incident," Nigro said. "He acted heroically."

-- Brynn Gingras contributed to this report.