The warrant was issued Thursday morning and Winslow was taken into custody hours later, the District Attorney's office said.

SDSO Lt. Michael Blevins told NBC 7 there were multiple victims associated with the new charges but would not say how many. Blevins said the alleged incidents happened in the Encinitas, California area, but not in the Park Encinitas mobile home park where he was arrested last Thursday, June 7. 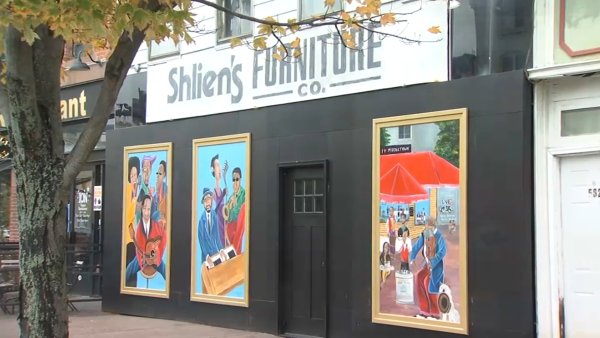 Winslow was scheduled to be arraigned Thursday on a felony count of first-degree burglary following the first arrest. His new arraignment date is set for Friday.

Winslow, 34, was first arrested just after 2:30 p.m. after deputies responded to reports of a possible burglary in Park Encinitas, a senior community located on North El Camino Real, east of Interstate 5 and north of Encinitas Boulevard.

The person who reported the burglary tried confronting the man — later identified as Winslow — because the person did not recognize him. The man said he confronted Winslow and Winslow said he was looking for a red dog named Clifford.

The person, who did not want to be identified, took photos of Winslow's SUV  that helped San Diego County Sheriff's Department (SDSO) deputies track Winslow down and arrest him a few blocks away.

The SDSO told the San Diego Union-Tribune on Monday that Winslow has given inconsistent and varied statements relating to his presence in the mobile home.

Winslow's publicist Denise White says he was at the park to look for a home for his mother-in-law and that his wife attends church with the elderly couple that lives in the mobile home where he was seen. She says nothing was touched.

Winslow spent five hours in a north San Diego County jail before posting bail. When he walked out of the jail, he nodded to a photographer who was waiting at the top of the steps but did not say anything about the charges.

Winslow grew up in San Diego and graduated from Scripps Ranch High School before playing his college football at the University of Miami.

His NFL career started with the Cleveland Browns in 2004 and included stints with the Tampa Bay Buccaneers, Seattle Seahawks, New England Patriots and New York Jets.