The sister of the estranged husband of Jennifer Dulos, a New Canaan mother of five who disappeared more than a month ago, has come to her brother's defense, saying he is nothing like the person being portrayed in police and media reports.

Rena Dulos, the sister of Fotis Dulos. said in a statement to the media Monday that her brother wants nothing more than to know Jennifer Dulos is well and able to return to their five children.

Following is the full statement: 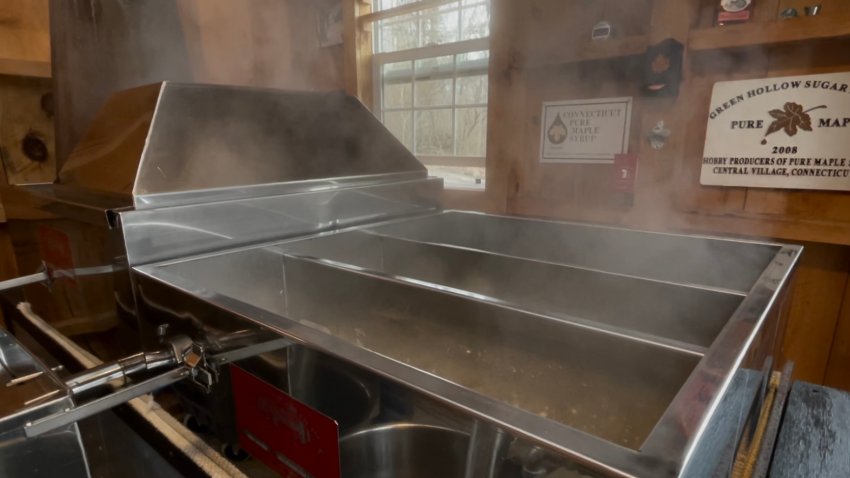 connecticut in color 39 mins ago

“Is it relevant for you to know?

“Is it relevant for you to know that I have only known my brother to be just that; a loving and affectionate sibling and the greatest of uncles for my two daughters? The life line to a large degree of both our immediate and extended family?

“Is it relevant to point out that Fotis - from a very young age - desired to be a father? To be a caretaker? To have a big family under his paternal "wings"?

“Is it relevant to express that Fotis can be lovingly spontaneous to the core when it comes down to lifting other peoples' spirits around him?

“Yet very predictable and methodical in his day-to-day life?

“Is it important to make you aware that during a time of increased pressures in my own family (two daughters at a critical age and professional pressures arising from a country under turbulence even before 2008) Fotis undertook to exclusively take care of our parents, whom he brought to the US and set up in his own home that only few could do?

“Is it important for you to know that I have seen my brother cry, laugh, pull amazing pranks on his friends, get determined and persistent? Yet be always consistently there? For everyone and at all times? Are all these points relevant?

“Is it relevant for me to share with you the story of someone who has wanted to "go places and see people" yet in the context of a family setting? Who sincerely craves to see his children and be an integral part of their upbringing? And who, despite any personal differences with Jennifer, truly and sincerely holds her in his prayers and who would want nothing more than to know that she is well and could ultimately return to their children?

“Is it relevant to know that Fotis adored ski and competed at a professional level? And that the constant effort to attain high goals has shaped his character, sense of fairness and can-do approach to life? Do you care to know that all he has wanted to do for his children is set a standard of fair play and constant effort in an effort to attain goals? To show to them that without hard work nothing is attainable? And that competitive sports and solid education are two of the best ways of achieving this?

“Are all these points relevant?

“As the sister of Fotis, I submit to you that all these points are uniquely relevant. They have integrally shaped the person who Fotis is, the person who my children aspire to become and the brother that any sister would want to have by her side. I submit to you that all these facets point to a personality that - on the human level - feels let down by all the developments surrounding him, but that - through 50 years of exemplary living - cannot but feel astounded by the accusations and is set on both helping the truth shine and to see Jennifer return safe and sound for the benefit of his children.”

Jennifer Dulos was last seen dropping her children off at school on May 24.

According to court documents, when police went to search Jennifer's home after she was reported missing they found what was determined to be blood and investigators believe she was the victim of a “serious physical assault.” The case remains a missing persons case.

Jennifer’s estranged husband, Fotis Dulos, and his girlfriend, Michelle Troconis, have pleaded not guilty to evidence tampering and hindering prosecution charges in connection with the disappearance.

City surveillance cameras captured a man police said matched the appearance of Fotis throwing away bags of garbage along Albany Avenue in Hartford the day Jennifer disappeared, according to court documents. A woman matching Troconis’ description was also seen in the video, according to police.

Fotis Dulos’ attorney, Norm Pattis, has maintained that his client is presumed innocent.