The United Airlines flight from Denver International Airport skidded off the pavement after landing on the runway at 1 p.m., the FAA said

A United Airlines plane got "multiple flat tires" and skidded off a runway at Newark airport on Saturday, prompting a temporary ground stop and causing minor injuries to some passengers, the FAA and the airline said.

The ground stop was lifted after about two hours, but the airport was operating with only limited capacity, according to the Port Authority. The plane was in the proccess of being moved around 5:30 p.m.

United Flight 627 from Denver International Airport landed on the runway at 1 p.m., then skidded off the pavement and got its left main landing gear stuck in a grassy area, according to the FAA.

Round 1 of Travelers Championship Begins: What to Know Before You Go 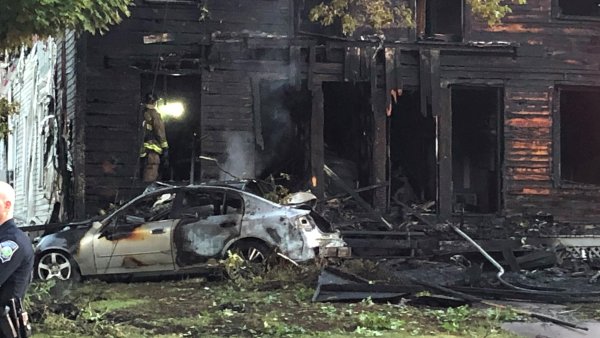 Passengers were transported to the terminal and terminal and paramedics were on site as a precaution, the airline said.

"We’re in close touch with the FAA and airport authorities and are working expeditiously to safely remove the disabled aircraft so that operations at the airport can return to normal," the airline added.

The plane was carrying 166 passengers, according to United. An unspecified number of passengers sustained minor injuries, but all of them refused medical attention, the airline said.

An FAA investigation was ongoing.

In its own statement, Newark Airport said travelers should check with their carriers before heading to the airport.

"Passengers have been safely deplaned following an earlier incident at EWR and the airport is working to resume flight activity," the airport tweeted.