"We need jobs," said Trump, talking about the "devastation" of job loss and companies like GE moving out of the state. The Republican front-runner even took a stab at the state's Democratic governor, Dannel Malloy.

If he were elected president, Trump would "bring companies back," he promised, discussing manufacturing in the United States.

The doors of the Connecticut Convention Center opened at 4 p.m. and Trump arrived about 7 p.m., but hundreds of people started lining up earlier on Friday, some as early as 8:30 this morning.

Hartford police said there were up to 7,000 people inside the venue for the rally and more than a thousand still waited on line when the doors closed.

Several people were ejected from the Convention Center for protesting.

"Get 'em out. Get 'em out but don't hurt 'em," Trump said while the people were being escorted out.

"Those people impede on the freedom of speech." 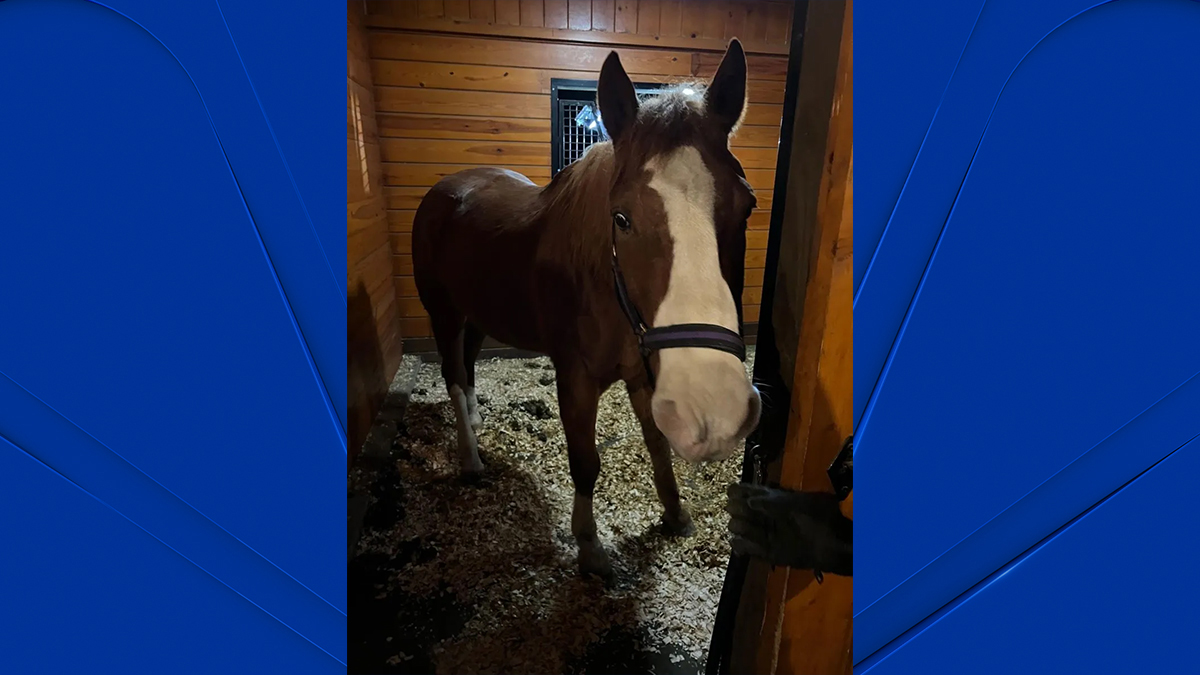 Before taking the stage, Donald Trump spoke one on one with NBC Connecticut backstage about why he says the Connecticut race matters.

“You look at Connecticut and they’re being devastated by all of these companies leaving. Losing General Electrics is a disaster” Trump told NBC Connecticut Reporter Abbey Niezgoda. “You’re losing so many companies to Mexico and other countries. It’s not going to happen if I’m president believe me.”

NBC Connecticut also asked him about the criticism from Connecticut democrats that his views don’t line up with the views of voters in the state.

“I’m very accepting and also I want to make the country great for everybody, not for anybody in particular for everybody,” Trump said.

“At the same time we have to be vigilant. We can’t let people into the country where there could be a big problem. We have enough problems.”

Hartford police said they have been preparing for the rally for days. There were no arrests reported on Friday night.

Police warned people earlier on Friday that if they work in the city, they should leave work early to avoid the congestion.

Some large companies, including Travelers, heeded the warning and advised their employees to leave at noon or work from home, and that’s something other commuters are considering.

At noon, the line for buses was around 100 people deep.

Police said they didn't plan on shutting down any roads, but would have adjusted depending on what happens with visitors and protesters.

Hartford police said they have been planning security measures all week and visitors should expect to see Secret Service, State police and Hartford police, as well a K-9s and the bomb squad.

“We’re working hand-and-hand with the Secret Service. They’re bringing this show to town every day all around the United States, so they’re very good at planning it and mapping out what we can expect,” Deputy Police Chief Brian Foley said.

With Connecticut primaries looming at the end of the month, political candidates are spending their time and money to get the attention of the state's voters while delegates are still up for grabs.

Republican John Kaisch was the first candidate to make a public appearance in the Nutmeg State last Friday.

As for Democratic candidates, Senator Bernie Sanders' campaign has spent $765,000 on ads for Connecticut TV stations and Hillary Clinton's spent $250,000, according to FCC filings.

It’s not clear if they will be visiting the state in advance of the primaries.

Abbey Niezgoda contributed to this report.