Jennifer Dulos, a mother of five has been missing since May 24, and police have to this point said her body has not been found

Fotis Dulos, the 52-year-old estranged husband of Jennifer Dulos, a New Canaan woman who has been missing for more than seven months, is due in court on Wednesday. He has been arrested and charged with murder, felony murder and kidnapping in connection with the disappearance of his wife.

Fotis Dulos' bond has been set at $6 million and he will be arraigned Wednesday in Stamford, according to his attorney, Norm Pattis.

Fotis Dulos' girlfriend, Michelle Troconis, and a local attorney, Kent Mawhinney, were also both arrested on murder-related charges. They are expected to appear in court on Wednesday to face conspiracy to commit murder charges.

The warrant released on Tuesday includes detailed lists of the physical evidence investigators have collected at Jennifer's New Canaan home and from garbage bags recovered from Albany Avenue in Hartford. That evidence, according to the warrant, includes bloodstains that match Jennifer's DNA at her home, in her car and on clothing found in the trash in Hartford, and zip ties with Jennifer's DNA on them.

Investigators said Troconis offered contradictory information about the events of May 24.

Carrie Luft released a statement on Tuesday afternoon on behalf of the family and friends of Jennifer Dulos.

"Above all we thank the Connecticut State Police and the New Canaan Police Department, as well as the assisting local departments, for their tireless commitment and diligent, painstaking work that have led to these arrests. Although we are relieved that the wait for these charges is over, for us there is no sense of closure. Nothing can bring Jennifer back. We miss her every day and will forever mourn her loss.

"We believe the arrest warrants will speak for themselves, and we ask that you please respect our privacy during this time. Thank you."

Former Chief State's Attorney Chris Morano breaks down the Fotis Dulos case and talks about the complexities of a "no body" murder case.

Pattis spoke with the media outside his client's home on Tuesday morning.

“I haven’t seen the warrant. I’ll be surprised if they can win it.  Mr. Dulos contends he was not involved and I don’t think the evidence will show that he was,” Pattis said.

When asked about his conversation with Fotis Dulos today upon arriving at his house, Pattis said he could not talk about attorney-client privilege.

"But you can imagine what it's like to say to someone, 'prepare for the bottom to fall out of your world,'" Pattis said.

Fotis Dulos was sitting in the front of a state police cruiser when he arrived at Troop G in Bridgeport Tuesday afternoon.

Fotis Dulos was booked into the MacDougall-Walker Correctional Institution in Suffield on Tuesday afternoon. He is expected in Stamford Superior Court Wednesday morning.

Fotis Dulos was previously charged with two counts of tampering with physical evidence and hindering prosecution in the first degree. He has pleaded not guilty to the charges.

A warrant issued for Fotis Dulos in September says the arrest was in connection with the ongoing investigation into the disappearance of Jennifer Dulos.

While officers were in Jennifer’s home, they found no sign of her, but investigators found bloodstains on the garage floor and on a vehicle located in the garage, according to the arrest warrant.

Also missing from Jennifer’s home was a 2017 Chevrolet Suburban, which police located around 7 p.m. on May 24 near Waveny Park in New Canaan, the arrest warrant states. They found blood both inside and outside the vehicle.

Prior stories on the disappearance of Jennifer Dulos 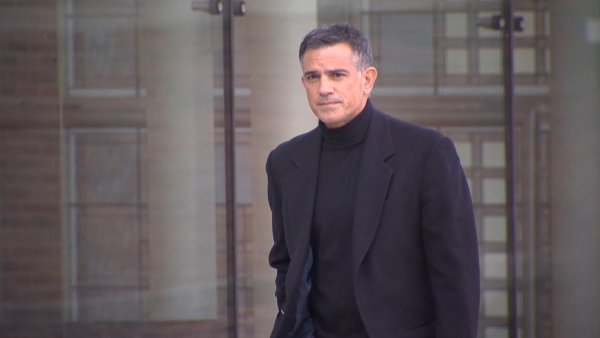 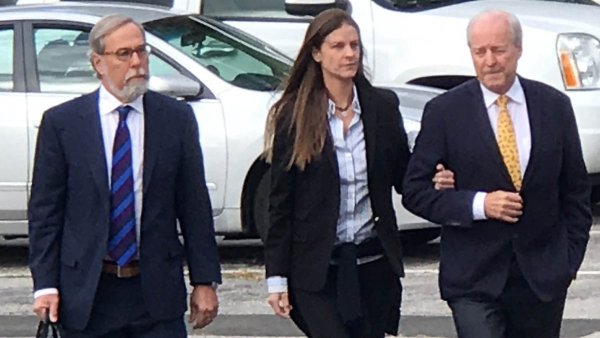 Around 9 a.m. on May 25, police contacted Fotis Dulos to speak with him about his missing estranged wife.

He and his attorney arrived at police headquarters that afternoon, but left without providing an interview, according to the arrest warrant.

When police searched Fotis’ cellphone, they found evidence that it had been used on Albany Avenue in Hartford from around 7:10 p.m. to 7:40 p.m. on the night of May 24, the day Jennifer disappeared, according to police.

Investigators also looked at surveillance cameras from the area, which they said showed a man resembling Fotis driving a black pickup and tossing garbage bags in trashcans, the arrest warrant says.

One of the stops was at a storm drain, where police found a set of altered license plates that linked back to Dulos, according to court paperwork.

A woman resembling Fotis’ then live-in girlfriend, Michelle Troconis, 45, was with him while the vehicle was on Albany Avenue, according to police.

On June 1, police obtained warrants charging Fotis Dulos and Troconis with tampering with evidence and hindering prosecution -- charges for which both have pleaded not guilty.

When police spoke with Troconis the next day, she told them that she couldn’t account for Fotis’ whereabouts between 8 a.m. and 1 or 2 p.m. on May 24, according to the arrest warrant, and she told them she had no idea what Fotis was doing while dumping garbage bags.

During another interview in August, Troconis would tell police that she hadn’t seen Fotis on May 24 from the time she woke up, around 6:40 a.m., until after noon when he came home for lunch.

On June 3, police searched Fotis’ home on Jefferson Crossing in Farmington and located what they referred to as the “Alibi Scripts” -- notes with information that never happened and alibi witnesses who “were later determined to be false,” according to the arrest warrant.

While investigating, police spoke with one of Fotis Dulos’ employees who told them his boss had instructed him to remove seats from his Toyota Tacoma, which he was going to replace with seats from a Porsche Cayenne registered to Jennifer Dulos, court paperwork says.

According to police, Fotis had access to the employee’s vehicle and a truck matching the description was seen near where Jennifer’s Suburban was found abandoned.

The last known sighting of Jennifer Dulos was at 8:05 a.m. on May 24 after she dropped her children off at school and the arrest warrant for Fotis Dulos says police believe he was “lying in wait” for his wife to return home.

The arrest warrant says police believe Dulos was driving and Jennifer’s body and items used to clean up the garage were inside.

One piece of evidence police documented in court paperwork is the employee’s truck. Police said seats removed from it had Jennifer’s DNA.

The employee went on to tell police that Fotis had taken his Toyota Tacoma to the car wash, which was unusual, and told him to change the seats in his truck or sell it, then offered seats from a damaged Porsche.

When police spoke with Troconis about the truck, she said she’d seen Fotis cleaning what he described as “spilled coffee” out of it. Then he handed her a stained towel to throw away, but the towel didn’t smell like coffee, according to the arrest warrant,

She went on to tell them that the truck was cleaned and detailed without the employee’s knowledge or permission.

When asked why she thought Fotis would be washing the Tacoma, she told police, “Well obviously … all the evidence says because … you showed me the picture of the blood in the door it’s because the body of Jennifer at some point was in there,” the arrest warrant says.

After the second charges were filed, Fotis Dulos’ attorney, Norm Pattis, said he questioned the wisdom of the charges.

A gag order has been issued in the case and Pattis is fighting to lift it so Dulos can be free to “criticize his accusers” and “defend himself in the court of law and in the court of public opinion,” according to court filings

“We hope that the Supreme Court gives us the opportunity to speak the truth as we know it,” Pattis has said, adding, “Mr. Dulos is not guilty of the crime of murder.”

Jennifer and Fotis’ five children have been living with Jennifer’s mother, Gloria Farber, since their mother disappeared and Fotis has been trying to get custody.