Guards confiscated the gas but never gave it to police

Laughing gas is missing, hundreds of canisters of it, after security guards took it from people who were allegedly selling it to concert goes.

Figuring out what happened to the gas is now a federal investigation involving Bridgeport police, FBI, a federal prosecutor and a grand jury.

Private security guards confiscated more than 100 canisters of nitrous oxide during this summer’s Gathering of the Vibes concert in Seaside Park after the Philadelphia Nitrous Mafia and other groups sold balloons laden with laughing gas to concert attendees, the Connecticut Post reports. 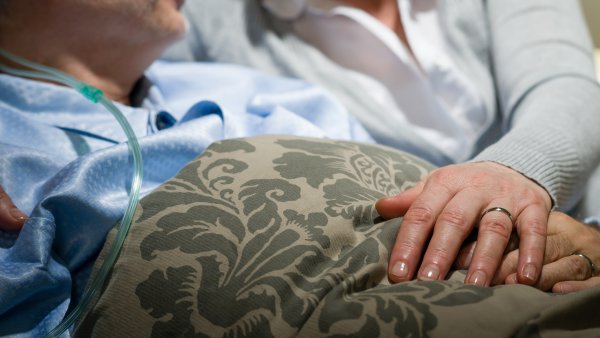 Union ‘Hopeful' of Deal That Would Avoid Nursing Home Strike

However, the gas was never turned over to Bridgeport police, police and sources told the Post, and they are still missing.

"It was so awful," the volunteer said. "He beat him so bad with the club that the man had to be taken away in an ambulance. I've had sleepless nights over what I saw."

This incident isn’t the only one in Connecticut this summer, officials said.

On Aug. 14, Hartford police arrested eight people, some from Pennsylvania, and seized 18 tanks of nitrous oxide and inflated balloons at the Phish concert in the Comcast Theater.

Those suspects were charged with possession of a restricted substance and possession with intent to sell.

“Nitrous oxide is not defined as a controlled substance but is considered a restricted substance," John Gadea, director of the drug control division of the state Department of Consumer Protection said. "What that means is, possession does not become a violation unless the use deviates from its commercial application."

Now, federal officials want to know who is to blame and how many people are potentially involved.

Another concern is how much damage was caused to Seaside Park and what repairs could cost.

Mark Marko, president of the park board, said their mission is to find the facts.

"We have to determine if this is worth the wear and tear on the park as well as closing a portion of the park to the public.”