“Jackpotting,” a hack on ATMs that can force the machines to dispense all the cash inside, is a high-tech version of a bank heist, according to state officials and it was carried out in Connecticut.

Connecticut police said they found more than $9,000 in $20 bills when they arrested two men suspected in an ATM "jackpotting" scheme in Cromwell.

Security personnel at the Citizens Bank branch at 61 Shunpike Road in Cromwell called authorities on Jan. 27 when the camera on the drive-up ATM malfunctioned. Police responding spotted a white Honda Accord pulling away from the ATM and realized that the Massachusetts plates on the car did not match the registration, according to police. 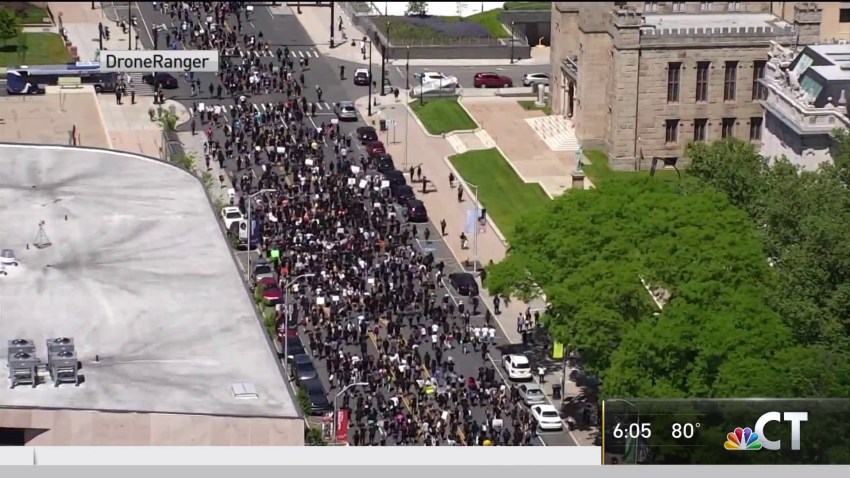 Rally for Justice Held in Hartford in Support of George Floyd

As police spoke with the driver and passenger, cash started spitting out of the ATM on its own and an officer picked up the 40 $20 bills that came out of the machine, officials said.

Police said it appears that someone else infected the ATM with malware and Fajin-Diaz and Rodriguez were taking the money that was being dispersed.

Court documents state a Secret Service agent received information a day earlier that people would be attacking certain Diebold ATMs with malware. Then they learned that ATMs in Hamden and Guilford had been attacked earlier in the week, according to court documents.

Diebold Nixdorf released a statement, saying they are aware of the issue and communicated steps in October 2017 on protecting ATMs after learning of attacks in Mexico and Latin America.

“As the ATMs that are currently being targeted are older, legacy Diebold units, it’s important to remind financial institutions to keep their security up to date. And we have recommendations and solutions in place, detailed in these documents,” a statement from Diebold Nixdorf says.

“The safety and security of our customers’ accounts is of utmost importance to us, and we continuously monitor for unusual activity 24 hours a day, seven days a week. We are aware of recent ATM jackpotting incidents nationwide. These incidents target the functionality of the ATM machine and at this time do not appear to impact customer or card data. We are working closely with local and federal authorities as they conduct their investigation,” a statement from Citizens Bank says.

The U.S. Secret Service has issued a warning about “jackpotting attacks” in the United States.

“ATM jackpotting is a sophisticated crime in which thieves install malicious software and/or hardware at ATMs that force the machines to dispense huge volumes of cash on demand. To execute a jackpotting attack, perpetrators must gain physical access to the cash machine and install malware, or specialized electronics, or a combination of both to control the operations of the ATM,” the warning from the Secret Service says.

“Criminals have been able to find vulnerabilities in financial institutions that operate ATM’s, primarily ATM’s that are stand-alone. The targeted stand-alone ATMs are routinely located in pharmacies, big box retailers, and drive thru ATMs. Criminals range from individual suspects to large organized groups, from local criminals to international organized crime syndicates,” the warning goes on to say.

Fajin-Diaz and Rodriguez have been charged with federal bank fraud.