The bodies of two teens who went missing after swimming in the Farmington River last week have been found, officials confirmed Monday.

Crews have been searching for 17-year-old Anthony Nagore and 15-year-old Lucas Brewer since they were reported missing Thursday.

Keith Williams, of DEEP EnCon police confirmed both teens were found in the river near the Farmington-Burlington line around 3:15 p.m.

"I just want to say that our hearts, our thoughts our prayers go out to the family members," Williams said.

The search went on and off for days as crews had to suspend their efforts due to dangerous conditions on the water.

Williams said previously there was nothing to indicate that the teens had personal flotation devices with them when they went out on the water and DEEP urges anyone who goes out on a river to wear a lifejacket. Officials warned the rising water levels following heavy rains across the state are making conditions very dangerous.

coronavirus in connecticut 11 mins ago 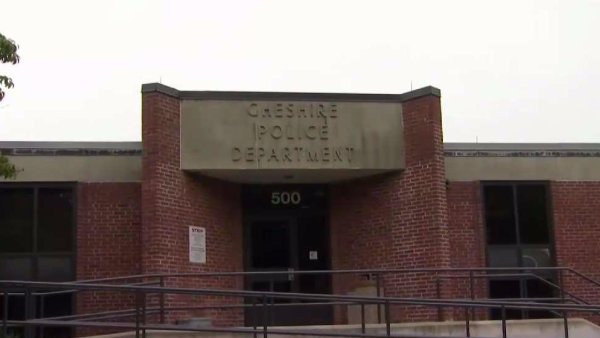 "Just stay out of the water right now, it's not worth the risk," Williams said, noting that even if the water looks peaceful, currents can be very strong.

Officials from the state Department of Energy and Environmental Protection said the two teens are friends.

Anyone who was planning on heading to the Farmington River today is urged to be cautious. Connecticut State Environmental Conservation Police warn that water levels are expected to rise quickly this morning and the currents will be strong even though the water looks calm.

On Friday morning, officials said a resident saw the teens heading to the river around 1 p.m. Thursday and warned them of the dangers of the water.

DEEP officials warned that water levels are very high on the river after a lot of rain and the currents are strong.

Police will resume the search for two missing teens from Plainville who were last seen swimming in the Farmington River, according to a Silver Alert issued overnight.

The search started around 9 p.m. Thursday and the vehicle the teens were in was found on School Street in Avon, near the Farmington River.

DEEP said belongings, including their cell phones, sneakers and clothing, were found on the banks of the river on DEEP property near an old pump house.

State and local agencies responded to assist with the search.

Police are searching for two missing teens from Plainville who were last seen swimming in the Farmington River, according to a Silver Alert issued overnight.

Steve LePage, superintendent of Schools in Plainville, sent a message to the school community Friday saying one of the teens is from Plainville and attends Plainville High School. The other is not from Plainville, but was visiting family in town, he said.

LePage said Cornerstone Counseling Center is available to support all staff, students and families and can be reached at 860-863-1001.

LePage released a new statement on Monday after the boys were found, which reads:

"I'm sure that many of you have seen the news reports that late this afternoon, the two missing boys, Lucas and Anthony, were located. Emergency crews are still on the scene and have closed some access points to the river. I understand that some are still gathering near the river; however, out of respect for privacy and the needs of the emergency crews, I have asked most school personnel not to attend this evening. I will provide any additional information about planned services in the days ahead. Our hearts go out to the families directly affected and to all impacted by these tragic losses."