The program includes a focus on group sports and other methods to reach young people.

Medical experts testified before the Committee on Children that suicide is the second leading cause of death among Connecticut youth between the ages of 10 and 16.

“We cannot wait until 10th grade children are in crisis and thinking about dying and feeling like they have no one to talk to,” said Sarah Eagan from the Office of the Child Advocate.

Connecticut lawmakers are now considering a bill to fund what’s called QPR, described like the CPR of suicide prevention, for teachers, coaches, and anyone else who works with young people.  Some likened it to first aid training for day care workers.  They want it to become the norm in non-medical youth settings.

Funding would be available to cities and towns that have experienced at least one suicide death of a child in the last five years. 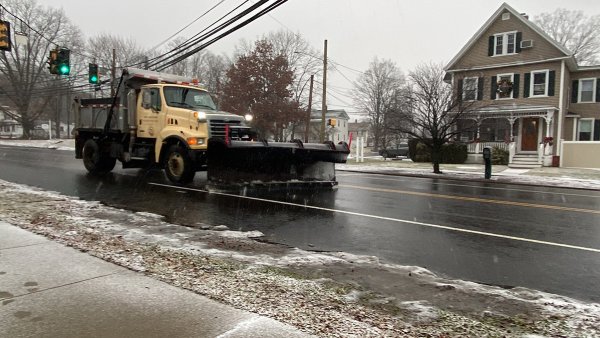 Drivers Urged to Stay Off CT Roads During Snowstorm

“If we get to them early in their life we can stop them,” said Rep. Liz Linehan of Cheshire.

Linehan, who co-chairs the Committee on Children spoke passionately about the topic Tuesday.  She said a 6th grader in Cheshire took their own life.

Statistics show that the age of students committing suicide or attempting to take their own lives is getting younger and younger.

According to Eagen, 13% of children surveyed admitting to seriously considering attempting suicide.

“We’re seeing too many children die but we’re also seeing a lot of children who have failed attempts,” he explained.

It’s those children he said this bill will help by giving those who work with them day in and day out the skills to intervene and prevent another tragedy.

“It’s a preventable death as long as we can identify it and get the kids into treatment,” said Sovronsky.