The investigation continues after the manager of a New Britain bank was found with an apparent bomb strapped to his body and his mother was tied to a bed at their Bristol home following an alleged robbery attempt on Monday morning, according to law enforcement sources.

New Britain police identified the bank employee from the Bristol home as Matthew Yussman, 46, and said they are looking for two men.

Law enforcement sources said on Monday they received information that two people wearing masks and gloves forced their way into the manager's home on Lufkin Lane in Bristol overnight.

They allegedly outfitted him with an explosive device and demanded that he drive them to the Achieve Financial Credit Union, at 450 West Main Street, and empty its vault, sources said.

The man was handcuffed and taken to the hospital for an evaluation, and the device was turned over to the FBI,  where it will be analyzed at a lab, according to New Britain police. The man is being questioned and is cooperating with investigators.

All of the credit union's branches are open Tuesday under full operation, according to a statement on Achieve Financial Credit Union's website.

"The Credit Union is pleased that our employee and his family member were not harmed," the credit union said in the statement. "The Credit Union is fully cooperating with the police while they investigate the incident. We would like to apologize for any inconvenience this situation has caused our members and note that all of our credit union locations are back to full operation. We have no further comment."

When asked whether he is a victim or suspect, Wardwell said it's "under investigation" and that law enforcement officials are still interviewing him.

"Certainly, we're considering all possibilities, whether or not he was coerced, doing something against his will, or a suspect. This is an active investigation," Wardwell said.

Law enforcement sources said the bank manager's mother was found tied to a bed at 133 Lufkin Lane. They received word that a second explosive device was placed under the bed but officials later said nothing was found. 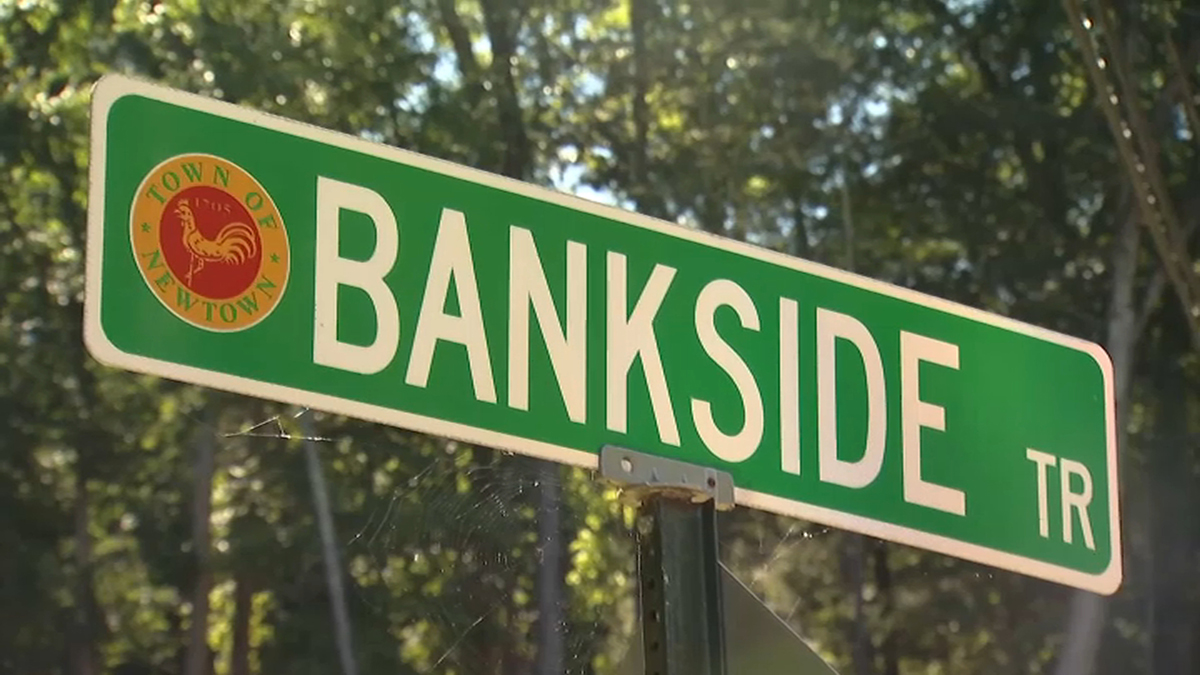 No one was hurt and the public is not in danger. No charges have been filed.

On Tuesday, police released new information with descriptions of two men they are looking for and said they were wearing dark clothing, ski masks and ski goggles.

Police also released a description of the car they might have been driving: an older-model white four-door Mazda, which police believe was in the area of Tunxis Mead and Route 10 in Farmington on Monday morning.

Police shut down several city blocks in New Britain Monday, evacuating residents and blocking off nearby roads, including a busy four-mile stretch of Route 72. Precautionary lockdowns were also issued at schools in Avon, Farmington, Bristol and Plainville.

Shortly after noon, Wardwell said that the situation at the Achieve Federal Credit Union was under control.

"In my opinion, the threat is over and now it's a matter for us to all work together... to apprehend those responsible," Wardwell said during the news conference Monday afternoon.

Former Achieve Financial Credit Union employee Vira Riley said that she can't believe what happened where she used to work.

"I have friends in there. I hope everyone... you start praying that everything will be okay," Riley said.

Neighbors and Vira told NBC Connecticut that the bank manager and his mother are good people. Riley has her own theory about what happened, though the circumstances remain under investigation.

"Someone knew who he was and that he had connections here and to make him do what they did," Riley said.

Wardwell described the investigation as "fluid" and "very active" and said New Britain and Bristol police are collaborating to investigate.

Anyone with information is urged to call local law enforcement.