Ledyard Police have arrested a man who is accused of giving a teenage girl prescription pills before she overdosed last year.

On February 27, 2020, a 17-year-old girl was found unresponsive on the walkway of her home in Ledyard, authorities said.

Medical personnel were called to the scene and determined she had overdosed, police said. They administered Narcan to the girl while performing CPR, officers added.

After she was treated at the scene, the teenager was able to breathe on her own again and was able to communicate with paramedics at the scene, officials said. She was then transported to Lawrence + Memorial Hospital for treatment. 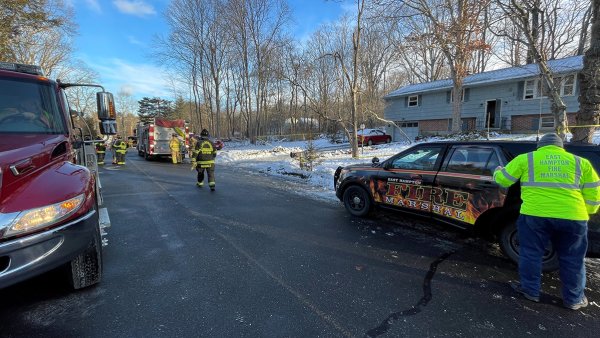 Investigators said they believe 27-year-old Malik Nunn, of Ledyard, provided the 17-year-old girl with prescription narcotics that she took in the car and then she passed out in his vehicle.

Nunn then drove the unresponsive teen back to her house and got assistance getting her out of the vehicle and onto the walkway outside of the house, police said.

Authorities said Nunn told a witness at the scene that the teenager took something, but he couldn't afford to get in trouble and left the scene before police arrived.

An arrest warrant was submitted and signed for Nunn's arrest. He turned himself into the Ledyard Police Department on Friday, where he was processed and later remanded to custody at Corrigan Correctional Facility, police said.

Nunn is facing charges including reckless endangerment and illegal distribution of prescription medication.