Metropolitan Police have named a suspect in the fatal stabbing of a 24-year-old man -- who had interned for a Connecticut lawmaker -- aboard a Metro train at the NoMa-Gallaudet Metro station Saturday afternoon.

Police have issued an arrest warrant for Jasper Spires for first-degree murder while armed. Investigators said if anyone see or knows where Spires can be located to call 911 and not approach or attempt to apprehend him.

The victim has been identified as Kevin Joseph Sutherland, 24, of Northeast D.C. 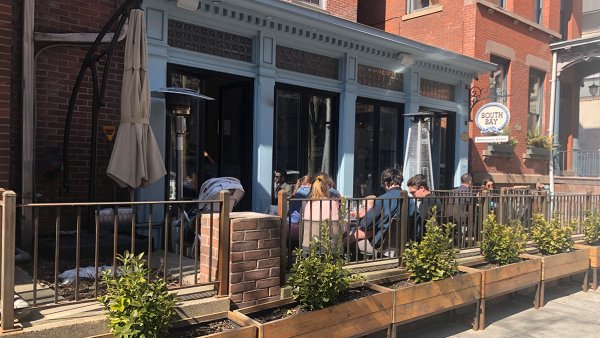 coronavirus in connecticut 33 mins ago

What to Know About Lifting of COVID Restrictions in CT Wednesday

Sutherland was a graduate of American University.

Metropolitan Police said they were alerted by Metro Transit officers that Sutherland had been stabbed on a train. They arrived at the station in the 200 block of Florida Avenue NE to find him suffering from stab wounds.

Sutherland had no signs of life at the scene, fire and emergency services personnel said.

Investigators had initially released a lookout for the suspect, but that description was later found to be incorrect.

D.C. Police issue an arrest warrant in connection to the deadly stabbing at the NoMa-Gallaudet Metro. News4’s Derrick Ward reports.

"Kevin Sutherland was truly the best of us," said AUSG President Sasha Gilthorpe in the statement. "He was incredibly kind. He was utterly and completely devoted to his friends. He used his intelligence and his talents to be a champion for what he believed in. We are all better for knowing Kevin."

According to his LinkedIn website, Sutherland served as an intern for Rep. Jim Himes (D-Conn.) in 2008 and 2010. Hines tweeted out his sympathies to the family.

Sutherland was employed at New Blue Interactive at the time of his death.

"It is with a heavy heart that we announce the loss of our dear employee and friend Kevin Sutherland," said a statement from New Blue Interactive on their Facebook page. "We are heartbroken to hear of his passing. Our thoughts and prayers are with his entire family during this difficult time."