A man police were trying to stop for not wearing a seatbelt crashed into the officers, led them on a chase and swallowed heroin to try and hide it from investigators, according to Milford Police.

Police said detectives were on anticrime patrol in the area of the Super 8 Motel on Boston Post Road on June 2 when they tried to stop Allen Boulware, 40, of Bridgeport, because he was not wearing a seatbelt.

Boulware fled, hit the two detectives with his car and led police on a chase onto Interstate 95 south into Stratford, police said.

Investigators identified Boulware as the suspect and arrested him on a warrant the next day, police said. 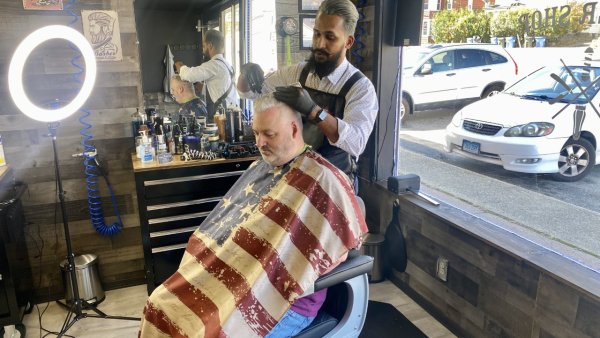 Police said Boulware had heroin and ingested some to try to hide it.

Boulware was charged with two counts of assault on a police officer, first-degree reckless endangerment, reckless driving, no seatbelt, driving the wrong way on a divided highway, engaging police in a pursuit, failure to obey officer’s signal, interfering with police, possession of narcotics and destruction of evidence.

He was unable to post $150,000 bond and was arraigned in Milford Superior Court on June 7.